“The View” host Joy Behar asked Holocaust survivor Millie Baran to weigh in Monday on the migrants being denied entry at the U.S.-Mexico border, and she didn’t get the answer she expected.

In honor of Holocaust Memorial Day, “The View” hosted Baran and her husband, Mikhl, along with their two daughters. After sharing the Barans’ story of survival, immigration, and a life dedicated to teaching others about the atrocities that should never again be allowed to happen, Behar made things political with a question that appeared to be aimed at President Donald Trump’s immigration policies.

“Millie, we just heard in the video that you had to wait over four years before you could come into this country,” Behar began. (RELATED: Joy Behar Blames Trump For Racial Division, Cites Two Fake Stories To Prove Her Point)

“You know, some people are experiencing that right now in our country,” Behar continued, mentioning the children who were waiting either in detention facilities or in camps on the Mexican side of the border. “They’re not letting people in and it’s just tragic to me and to you I’m sure. Would you like to speak to that at all?” she asked.

“Naturally,” Baran nodded. “When I saw it on television, I couldn’t believe it and my heart was aching, as a mother seeing the children were separated from their parents,” she said.

“I realized who doesn’t want to come to America?” Baran continued. “The best land in the world. The lucky ones who can come here, a land of opportunity, of freedom. To us it was a dream to get here. Naturally, it was worth it to wait because when we came here I practically kissed the earth.” 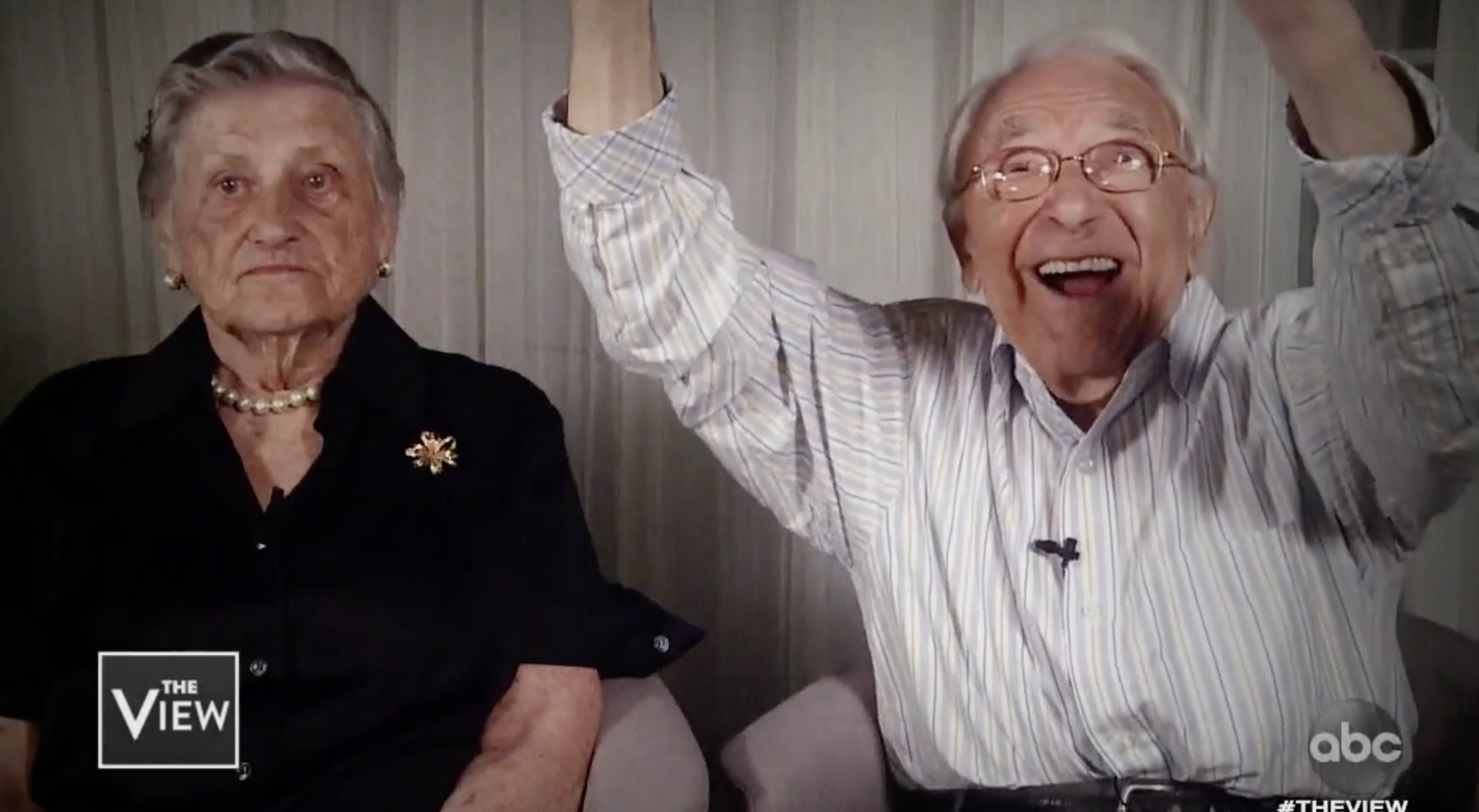 Holocaust survivor Mikhl Baran describes his reaction to seeing the Statue of Liberty for the first time. Screen Shot/ABC

Baran spoke of her new life in Brownsville, Brooklyn, and how that was where all of her “best memories” were made.

“That was for us a miracle, a miracle what happened,” Baran added. “And when we saw what happened with the people who wanted to come to America, naturally, it’s a land of laws. You cannot just come and want to come in, but I’m sure that the United States will find a way how to accommodate people who want freedom, who want a good life.”

“Let’s hope for the best,” Baran concluded as the segment ended.