“The U.K. is our number one ally,” U.S. Treasury Secretary Steve Mnuchin said last week at the World Economic Forum. “And it would be at the top of the list of trade agreements.”

With the U.K. set to leave the European Union and right-leaning governments in Britain and America, it is the perfect time for the two nations to affirm the longstanding ties that have formed what is often called the Special Relationship.

I suspect that Mnuchin was making a not-so-subtle reference to Barack Obama’s 2016 warning that if Britain left the European Union it would be “at the back of the queue” when it came to a trade deal. (This warning backfired, predictably, as Britons did not like being told how to vote by a meddling foreigner.) Nonetheless, quite apart from the political circumstances of our time, the closeness of the U.S. and the U.K. is undeniable. There is the same language, of course, and the overlapping cultures, but the two nations are also each other’s biggest foreign investors, and among each other’s biggest trading partners. Their intelligence ties are deep. Both are members of NATO and neither – unlike Germany – has a strong dependence on geopolitical rivals such as Russia. (RELATED: Steve Mnuchin Rebukes CNN’s Acosta: ‘That’s The Most Ridiculous Question I’ve Ever Heard Of’) 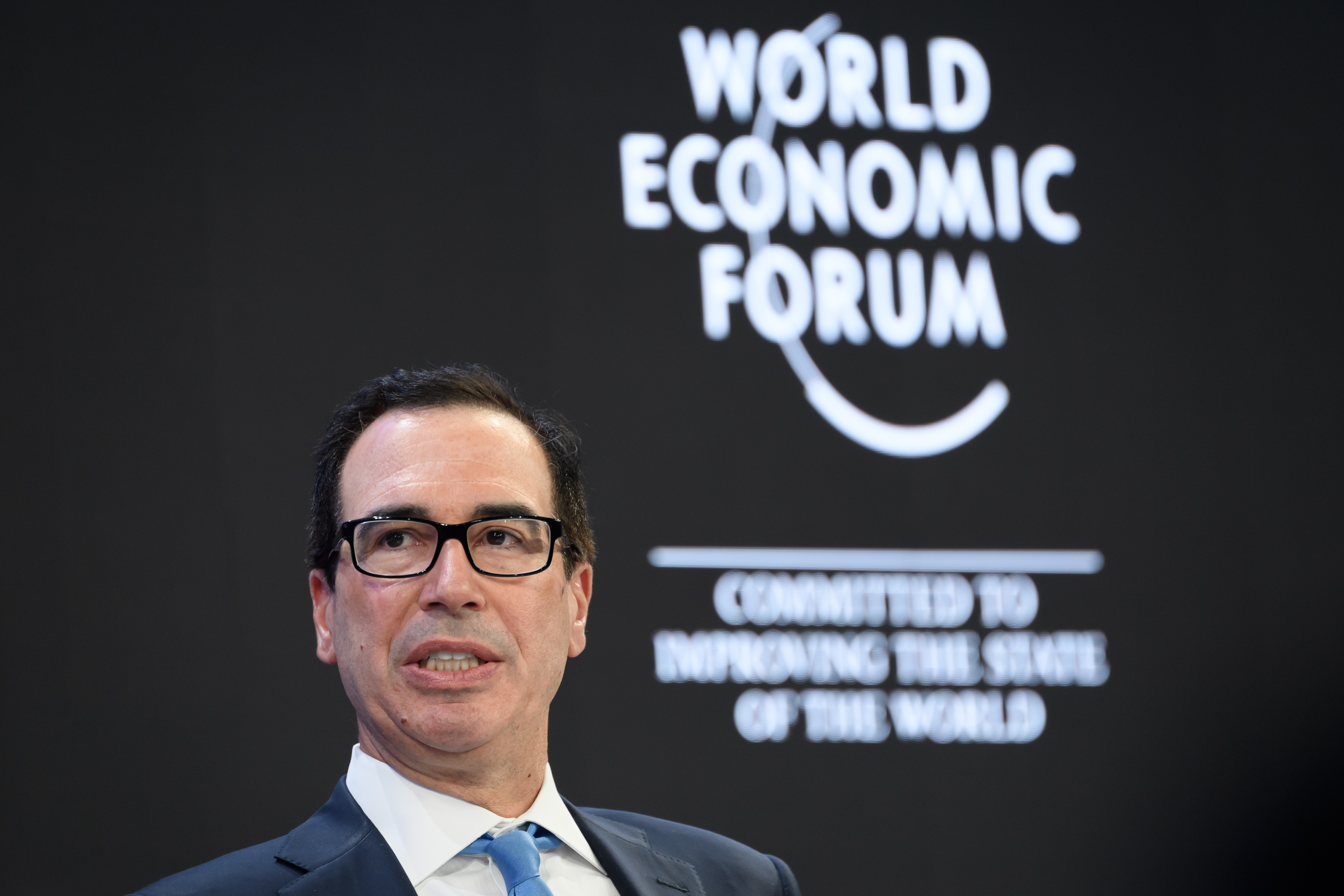 Yet not all is rosy between the Americans and the British. The U.S. is rightly concerned about Huawei contributing to the U.K. 5G network coverage. The American government has had recent experiences of the Chinese using its technological exports for the purpose of espionage and justly suspects that the British are being naive.

The British, meanwhile, were disturbed by the recent American unwillingness to extradite the diplomat’s wife who killed the young Englishman Harry Dunn while she was driving on the wrong side of the road and then fled to the U.S. Britons are also concerned that American requests for Britain to relax some of its standards on imports will lead to a decline in food quality. (This really raises the question of how “special” this relationship is. How special can a friendship be if one person does not even trust the other to prepare them lunch?)

Despite favorable conditions for a relationship, then, a certain amount of mutual distrust endures. Perhaps this – if not the events that produced it – is no bad thing. For too long, perceptions of the “Special Relationship” were sickly with illusions. It was Winston Churchill who coined the term, saying in 1946 that Britain and America should “work together for the high and simple causes that are dear to us,” and even speculating, mischievously, that in the future Britons and Americans might share “common citizenship.” This kind of rhetoric encouraged the idea that Briton and American had fought together with pure fraternalism but, of course, the U.S. role in the war had begun after an intense British propaganda campaign, and had ended with Franklin Roosevelt showing as much friendship toward Joseph Stalin as to Churchill.

In “Blood, Class and Nostalgia,” Christopher Hitchens argued that in the aftermath of World War II, Britain passed the imperial torch to the United States. Granted, the U.S. never established an empire in the mold of Britain’s globe-spanning colonies, but it was at the urging of Britain, regrettably, that the CIA joined MI6 in deposing the secular Iranian Prime Minister Mohammad Mosaddegh, and from then the U.S. became a more domineering and evangelical. Ironically, it was Hitchens who played a significant role in advocating the post-9/11 neoconservative wars where the Americans and the British attempted to build nations in the image of themselves. William Shawcross’ slightly embarrassing book Allies gives one a glimpse into the mid-noughties image of the Special Relationship as a quasi-religious union of beneficent states. (RELATED: British Media Personality Promises To Drink Tea In The Nude If Brexit Doesn’t Pass)

Of course, in practice, Britain has often upheld its own interests over those of the U.S., and the U.S. has upheld its own interests over those of Britain. Harold Wilson chose not to intervene in the Vietnam War, while Ronald Reagan opposed Margaret Thatcher’s defense of the Falklands. One could debate these individual decisions but there is nothing wrong with the principle of these states putting their own interests first. As any good realist knows, alliances are valuable for as long as they are mutually beneficial. 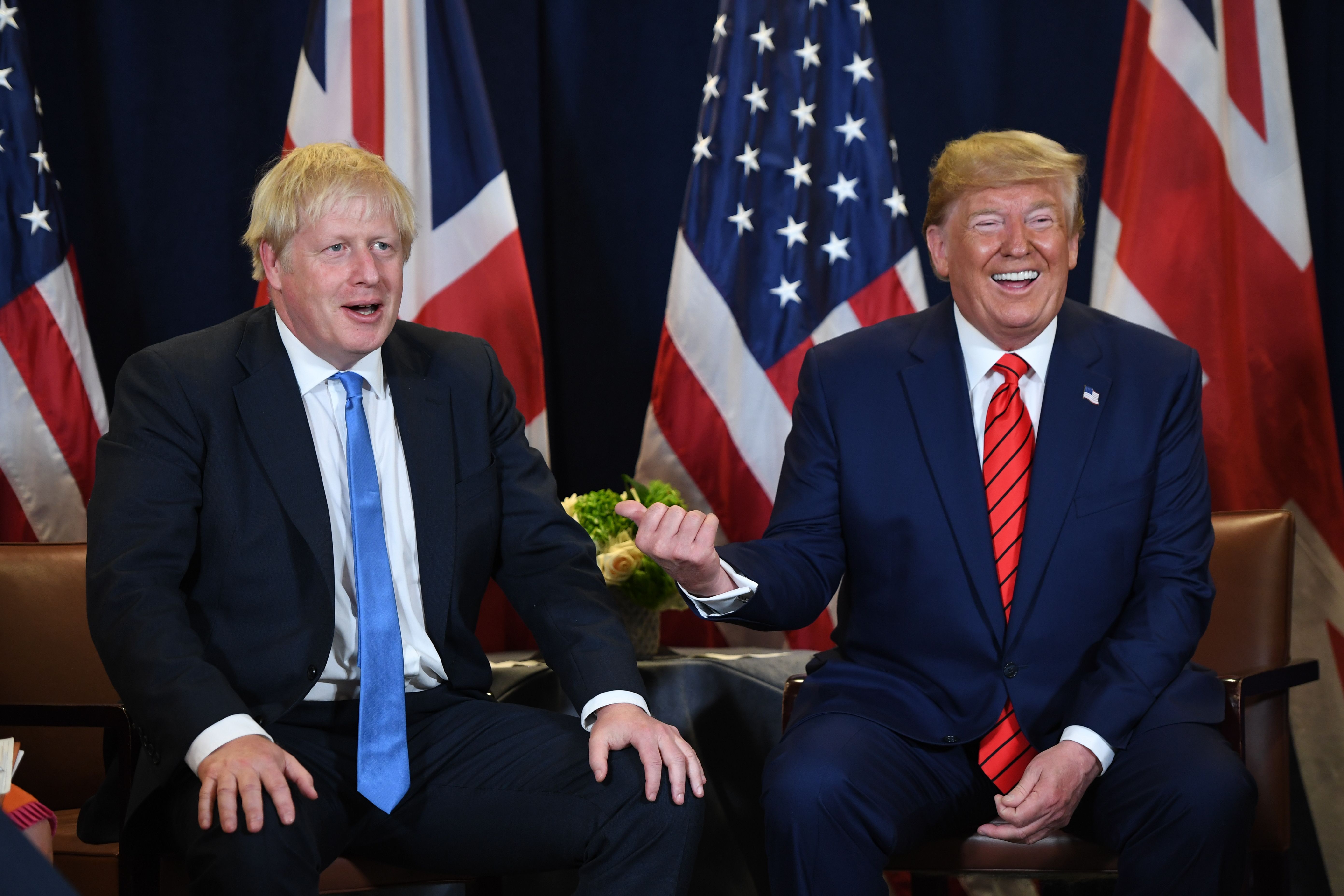 There is, I believe, no contradiction between two nations having a warm cultural friendship and a chillier, more pragmatic political alliance. We all know that if we do business with our friends we have to check at least some of our feelings at the door. As the U.S. and Britain debate their new trade deal, there is no sense in muddying negotiations with misplaced sentimentality. The British agreement with Huawei, for example, is regrettable not because it betrays some amorphous loyalty but because it imperils intelligence sharing.

A new affirmation of the “Special Relationship” also offers the U.S. and Britain a chance to reject the hubris that these two nations have encouraged in each other. Both are nursing their wounds after abortive internationalist experiments. Under Donald Trump, the U.S. appeared to have abandoned its attempts at nation-building – at least until its tensions with Iran flared up again – which had been so dramatically unsuccessful in Iraq, Afghanistan and Libya. Britain’s government, meanwhile, is belatedly implementing the electorate’s – or, at least, 52% of its – rejection of the European project. This might be a chance for the two nations to focus more on their own ideals and institutions than on those of others. (RELATED: Boris Johnson’s Conservatives Win Whopping Majority In UK Election)

It is worth revisiting Churchill’s “Sinews of Peace” speech because with the exception of his fanciful “common citizenship” suggestion it was actually far humbler and more serious than might be guessed. Churchill sought, optimistically but understandably, a “good understanding on all points with Russia,” and said the U.S. and U.K. should:

…walk forward in sedate and sober strength seeking no one’s land or treasure, seeking to lay no arbitrary control upon the thoughts of men.