Cliff Smith, Washington Director for the Middle East Forum, and Sam Westrop, Director of the Islamist Watch Program at the Middle East Forum, revealed their findings in an interview with The Investigative Journal this week. In February 2014, World Vision received a grant of over $723,405 from the U.S. Agency for International Development (USAID) and part of that money was earmarked for IRA. 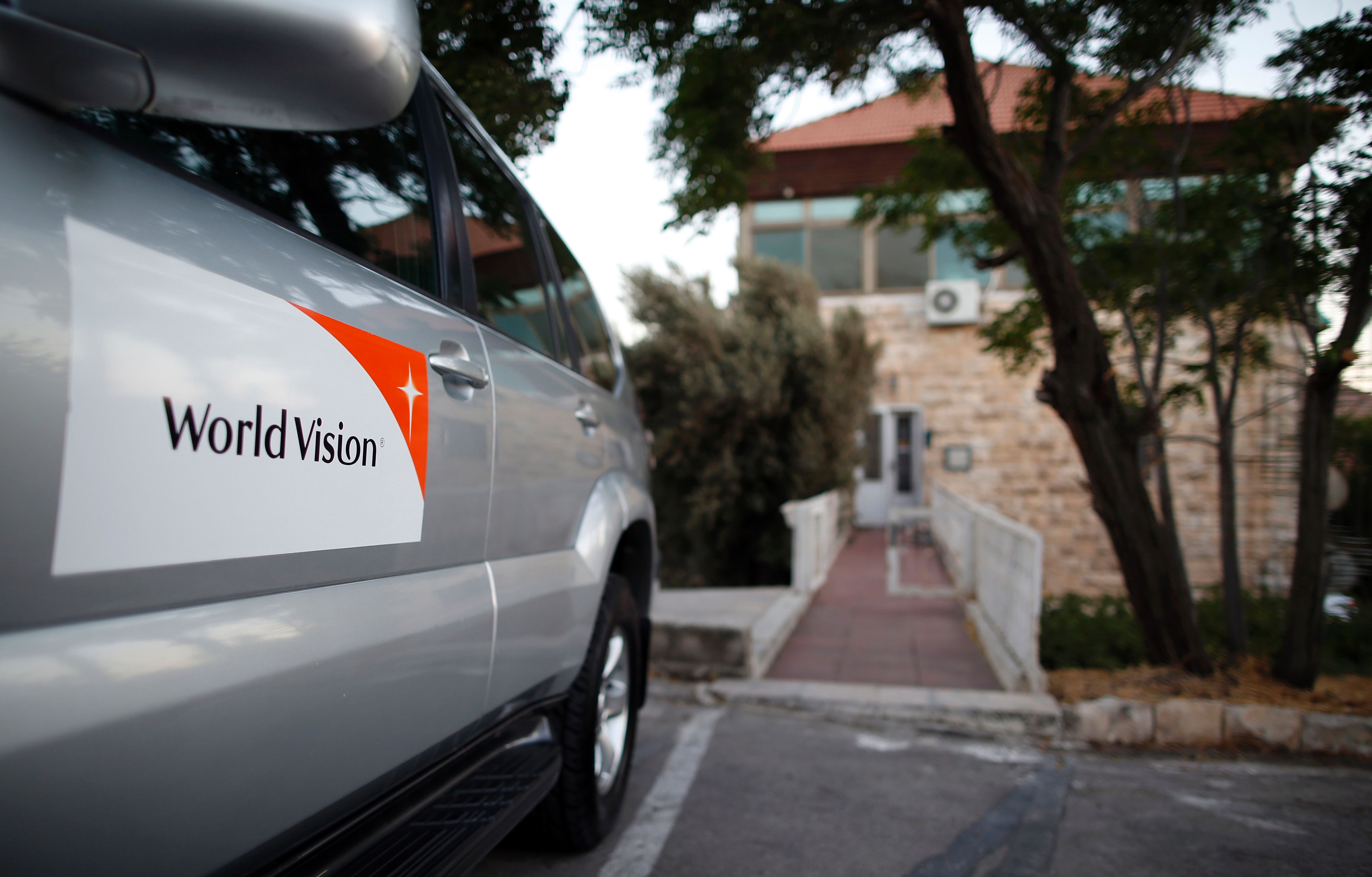 A picture taken on August 4, 2016, shows the office of the US-based Christian NGO, World Vision, in east Jerusalem. Israel charged Mohammed al-Halabi, the Gaza director of thte Christian humanitarian organisation, with having diverted millions of dollars in foreign aid to the Palestinian Islamic movement Hamas and its armed wing. The Shin Bet internal security service said $7.2 million (6.5 million euros) given to World Vision had been diverted to Hamas each year, with some of it funding the Gaza Strip rulers’ military campaign against Israel. (AHMAD GHARABLI/AFP via Getty Images)

“What we know for sure is there was a $39,000 start-up payment that was given to them before the grand payment we know about and then here was the $125,000 that was approved by Treasury after the whole scandal was written,” Smith said. It remains unclear exactly who in the Obama administration knew about the error in funding. Smith added, “they knew, and this is one of the few times you will hear me say this: I do not primarily blame the Obama administration for this. I primarily blame World Vision. USAID did not double-check and signed off on the grant without looking,” he said.

According to Smith, World Vision claimed that they would get kicked out of Sudan if they had ceased their relationship with IRA. World Vision continued its funding even after a meeting took place in which USAID, World Vision, and the Swiss-based NGO the International Organization for Migration (IOM). Smith said they were all in the same room when the IOM decided against working with IRA due to its terrorist links. (RELATED: Report: Taxpayers’ Money Going To Islamic Charity Group With Ties To Terrorist Groups)

Speaking with the Daily Caller, Smith said, “after USAID found out about it, they were put in a situation where World Vision was saying, not implausibly, that if we don’t pay these guys we are going to get kicked out of the country because the government of Sudan is threatening to expel them from Sudan if they don’t pay Islamic Relief Agency. They were, for all purposes, part of Omar Al Bashir’s network.”

However, it is not just USAID money that funded IRA. “It is also highly probable that the United Nations funded IRA to a much larger degree through World Vision. We know, according to a case summary by Treasury officials, that IRA was given over $300,000 for the project in Blue Nile,” located in North Sudan, which is where this project took place. 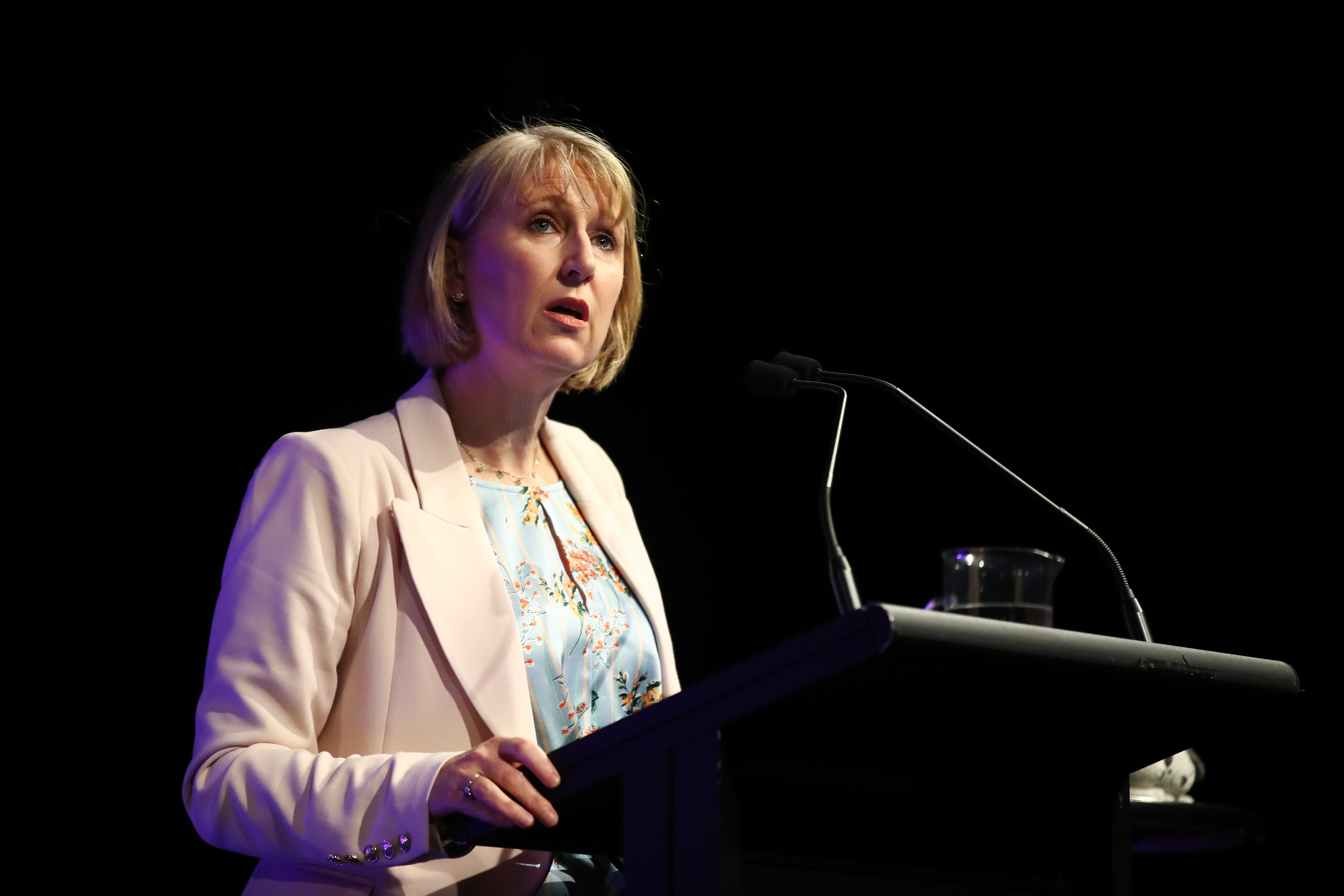 The Daily Caller reached out to World Vision for comment. Their press team pointed to a statement World Vision put out in July. Part of that statement reads, “[i]n March 2014, the U.S. Agency for International Development (USAID) approved World Vision’s grant proposal that clearly listed Islamic Relief Agency (IRA) as a proposed sub-grantee. At the time of selection, there was no indication that IRA had any possible ties to an alleged terrorist-supporting organisation.”

“There are several Islamic Relief organisations operating around the world which are not blocked, and when we searched the blocked parties lists for “Islamic Relief” in “Sudan,” the searches produced no results.  That is still true today on the website of the Treasury Department’s Office of Foreign Assets Control (OFAC),” the statement continued.

However, when the Daily Caller clicked on the link World Vision provided and typed ISRA into the search tool, the top result yielded the October 2004 Treasury designation.

Sam Westrop, Director for the Islamist Watch Program at the Middle East Forum, told the Daily Caller that he came across this grant to the Islamic Relief Agency, “by sheer coincidence.”

He said he was researching other groups and stumbled upon a grant to the Islamic Relief Agency when he was going through U.S. spending records, and he realized they were a U.S. Treasury-designated group and could not understand why they were given a grant. He tried going through the press and USAID and when those efforts proved less than successful, he put in a FOIA request. Eventually he received a call from USAID which confirmed that they, indeed, had funded a group sanctioned for supporting terrorists through this grant.

Westrop said the MEF monitors federal grants to Islamic groups, “both good and bad, and the in between.” Their goal is to make sure the government is not funding radical Islamists at the expense of moderate and reformist Muslims. (RELATED: Investigation: Foundations Gave Millions To Groups Accused Of Terror Ties) 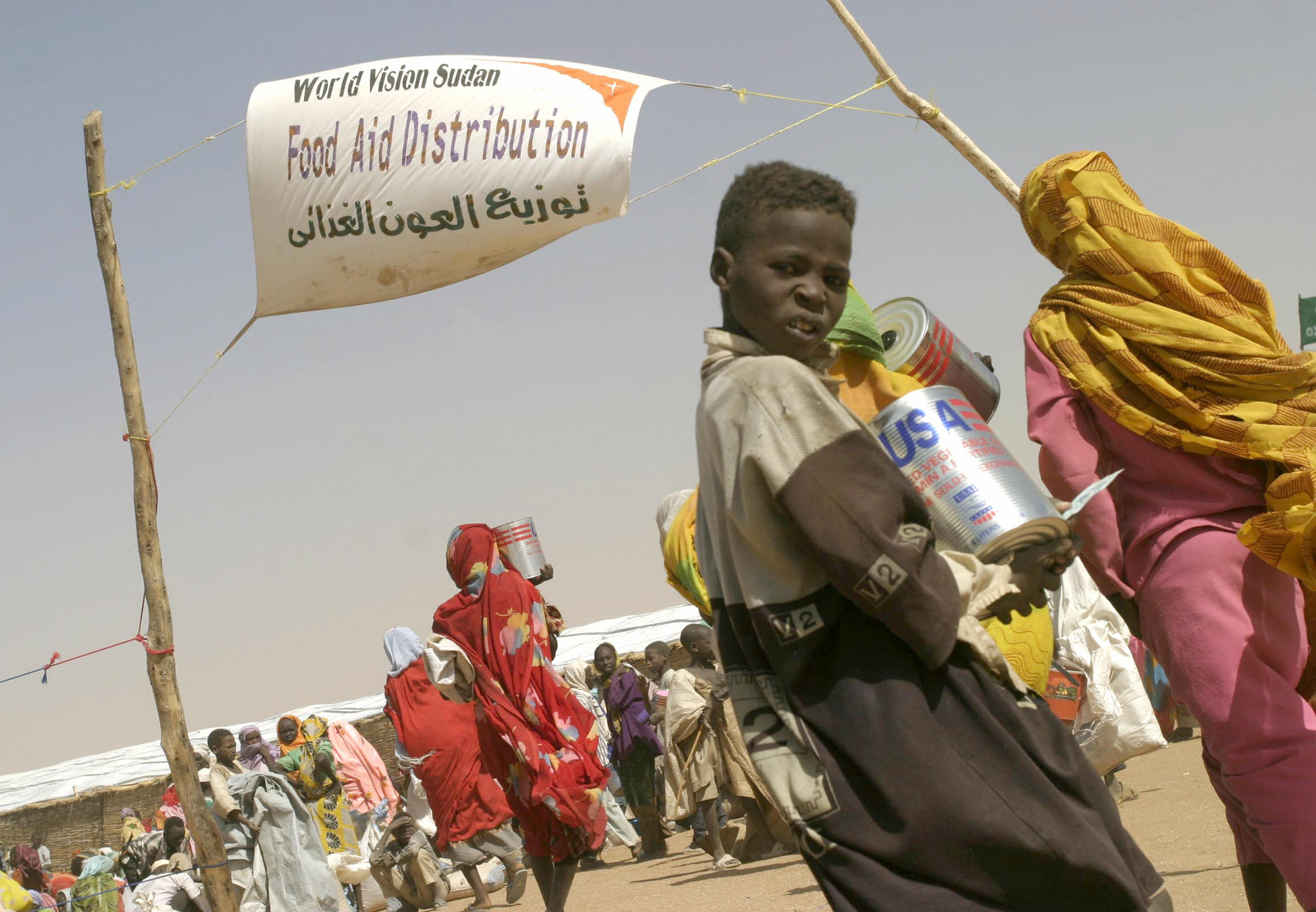 NYALA, SUDAN: Sudanese displaced families receive food aid from the World Food Program distributed by World Vision in Kalma Camp, near Nyala town in Sudan’s southern Darfur region 10 January 2005. US President George W. Bush applauded yesterday both the government of Sudan and the rebel movement for ending a civil war, but reminded Khartoum that fighting must end in Darfur. Since February 2003, Darfur has been wracked by conflict between the Arabic government in Khartoum, largely represented by local Arab militias, and two rebel groups fighting for the rights of the black African peoples of the region. AFP PHOTO/JOSE CENDON (Photo credit should read JOSE CENDON/AFP via Getty Images)

Asked why it took so long for this information to come out, Westrop says it’s a symptom of the “tremendous lack of accountability here and the media has failed. Why is the media not going through these databases? Why is the mainstream media not going through these lists on a regular basis to make sure the government is not funding terrorist organizations and a terrorist group that is linked to Osama bin Laden is sure as hell a group that should not be funded.”

This is the not the first time World Vision has been scrutinized for its funding of certain groups with murky ties.

In 2012, the Australian Government’s Foreign Aid Agency was forced to suspend its partnership with World Vision after it was discovered that World Vision Australia gave financial aid to a Gaza-based nonprofit whose director was a senior member of the Popular Front for the Liberation of Palestine (PLFP).  Then, in 2016, it was reported that millions of pounds worth of charity money that was donated to World Vision was taken and redirected by the Islamic terror group Hamas for its own purposes.

“Around 60 percent of the funds meant to ease suffering in the Gaza Strip were instead diverted to paying Hamas salaries and readying the group for war with Israel,” the Telegraph reported.

Mohammed El-Halabi, an alleged Hamas operative, who has been hailed as a humanitarian hero by the UN, is reportedly awaiting trial in Israel for allegedly helping divert World Vision’s funding to Hamas both in Gaza and the West Bank.

“World Vision got in bed with some bad guys probably at the behest of a dictator and then did everything they could to continue the relationship until they absolutely couldn’t and they still to this day haven’t really dealt with it. And the Obama administration, admittedly were put in a difficult situation because millions in aid were in limbo,” Smith said.

Westrop said some had been done to address the situation, but more needs to be done. “The Treasury Department released several statements and promised change to make sure this kind of thing won’t happen again. And Cliff and I have had several conversations with [Trump] administration officials. This happened under the Obama administration in 2014. Based on other data we’ve reviewed from the same dates, we continue to see a large amount of money working its way into Islamist groups under the Trump administration as well. We haven’t found as shocking of an example as this one. But I have no doubt that in the Trump administration, this kind of mistake could have been made as well,” Westrop said.

“The swamp, when it comes to the funding of radical organizations — whether far-left or Islamist, and the two sometimes go hand in hand – has not yet been drained in D.C.”