With over 200 dead in China and more than 8,000 people infected in 23 countries worldwide, the coronavirus threatens to become a global epidemic. However, this is not the first time that a disease from China has escaped and wreaked havoc on a global scale.

From a bubonic plague in 1855 that killed over 10 million people to SARS to the new outbreak of coronavirus, China has been a hotbed for deadly contagious diseases and has a poor record of being able to contain its contagions. On top of that, in some cases, the Chinese government has been responsible for the suppression of vital information on outbreaks — perhaps costing thousands of people their lives.

A bout of bubonic plague broke out in the southwestern Chinese province of Yunnan in 1855. The plague ultimately spread to every continent except Antarctica, and killed millions, with 10 million dying in India alone. The plague was also one of the longest lasting in human history, with scattered outbreaks lasting until 1960.

The plague reached the United States by way of San Francisco in 1900. The 1900-1904 outbreak ultimately killed 119 people, mostly from San Francisco’s Chinatown. Another minor outbreak occurred in 1908, which killed 78 people. The isolated cases of plague still found in the southwestern United States originate from the 1900-1904 outbreak. (RELATED: California’s Potentially Apocalyptic Disease Problem Is Growing) 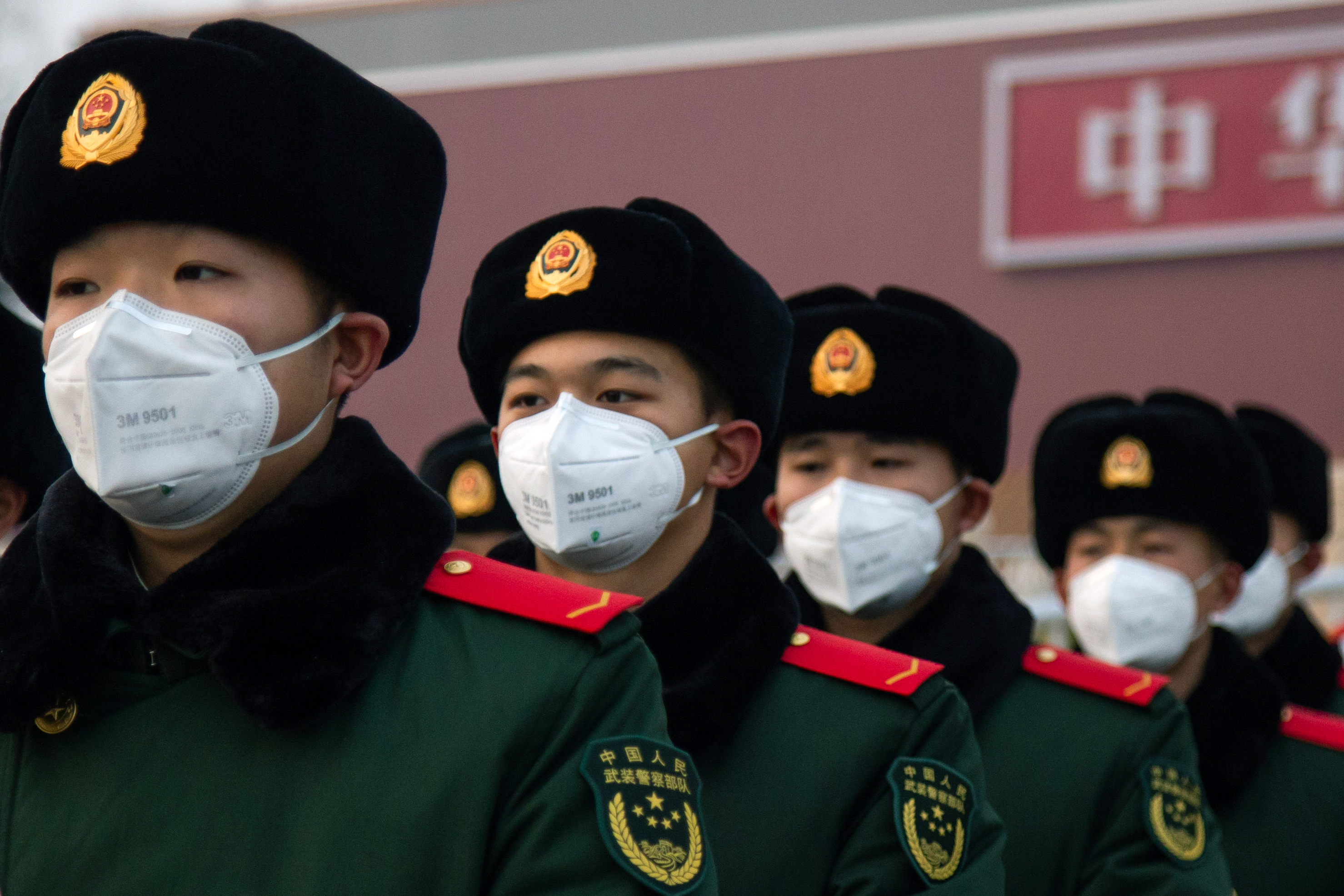 BEIJING, CHINA – JANUARY 26: Chinese police officers wearing masks stand in front of the Tiananmen Gate on January 26, 2020 in Beijing, China. The number of cases of coronavirus rose to 1,975 in mainland China on Sunday. (Photo by Betsy Joles/Getty Images)

There is a fair bit of controversy over whether the 1918-1920 Spanish Flu epidemic originated in China. “Spanish Flu” is a misnomer — newspaper censors in Europe suppressed information on the first cases to keep civilian morale high in the waning months of World War I, so the first news about the disease in the West came from neutral Spain.

Claude Hannoun of the Pasteur Institute theorized that the flu originated in China, traveled to the United States and then arrived in Europe with American troops, infecting soldiers at the front. Other points of origin, such as Austria and Kansas, have been theorized. A respiratory illness that hit northeastern China in late 1917, which was identified by Chinese officials as identical to Spanish Flu in 1918, has been theorized as the origin of the pandemic. However, Chinese health officials maintain that the virus was imported to China from Europe and contend that Spanish flu had been circulating within the trenches of World War I for some time before the general outbreak.

Spanish Flu proved to be one of the deadliest epidemics in human history, killing between 50 and 100 million people — 3 to 5 percent of the world’s population at the time.

A strain of H2N2, dubbed “Asian Flu,” originated in southwest China in 1956 and quickly spread throughout East Asia in early 1957. By June it had reached the United States. Asian Flu ultimately killed over 2 million people worldwide and 70,000 in the U.S. The Asian Flu later evolved into Hong Kong Flu, named after the site of its first recorded case, where it infected 15% of the city’s population — over 500,000 people. It then spread to Southeast Asia, Australia, India and Europe by September 1968. It was brought to the United States by returning Vietnam War soldiers in December 1968. It further spread to South America, Africa and Japan by early 1969. It’s estimated that almost 1 million people died worldwide from Hong Kong Flu, with 100,000 deaths in the U.S. 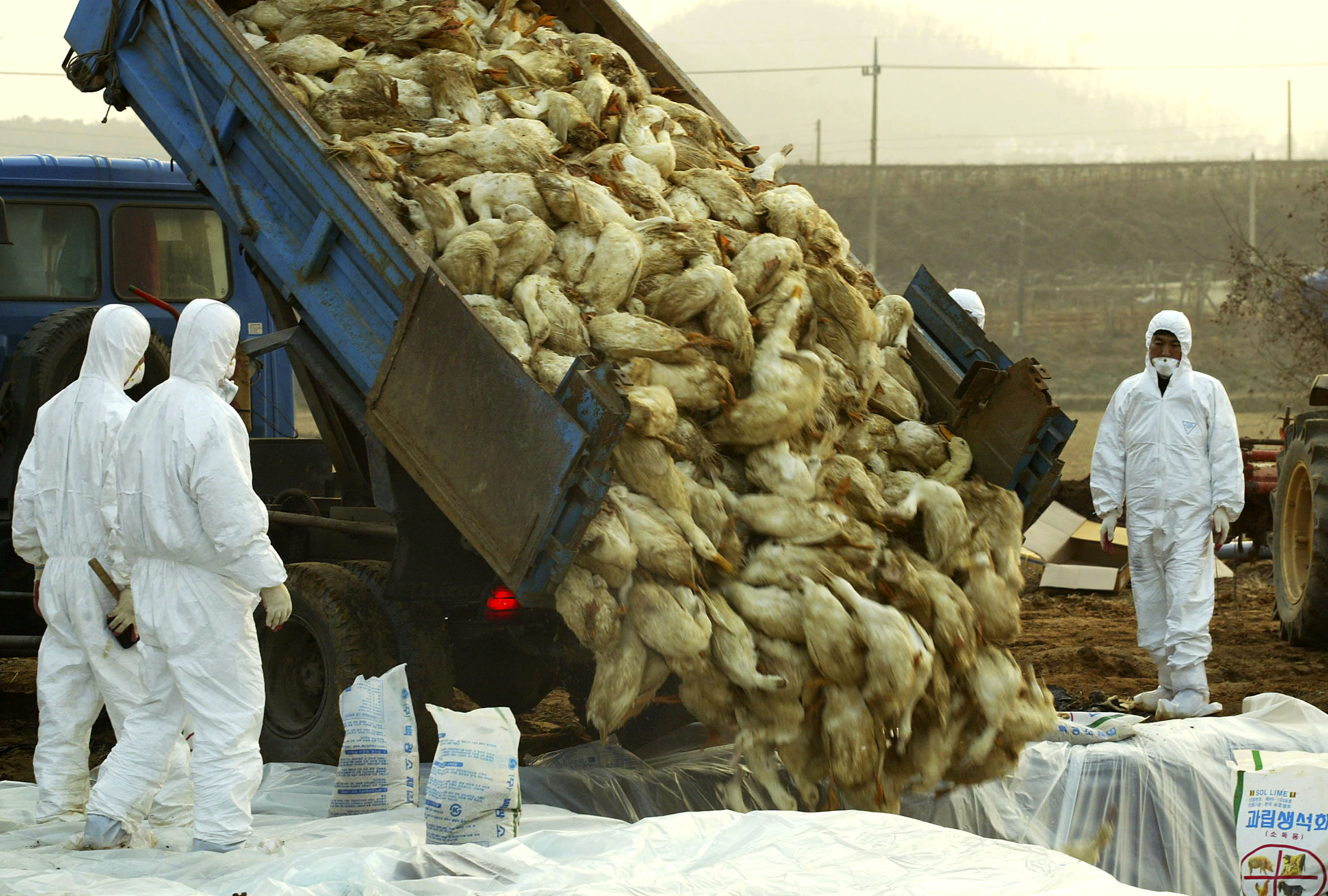 The first known transmission of H5N1, also known as Bird Flu, to a human was recorded in Hong Kong in 1997 after the first strain was detected in birds from southern China in 1996. There were 18 cases and six deaths in the initial outbreak. H5N1 has since spread to countries as far afield as Turkey and Nigeria, killing over 350 people as of 2012. Bird Flu has also caused massive damage to the poultry industry, killing millions of birds in China during its initial outbreak and almost completely destroying Thailand’s poultry industry during an outbreak in 2004. Bird Flu is also highly mutagenic, meaning that it evolves at an extremely fast rate.

A new strain of Bird Flu, H7N9, was identified in China in 2013. Though it is contained within China, it has infected over 1,200 people and its high mortality rate has caused concern at the World Health Organization over a potential outbreak. However, the Chinese government tried to suppress knowledge of the initial outbreak. China only announced the first human cases of Bird Flu in April 2013, but in reality the first humans infected with the new strain had been admitted to Chinese hospitals in February 2013. (RELATED: Aother Bird Flu Outbreak In Tennessee Makes Three In A Week)

Severe acute respiratory syndrome (SARS) appeared in southern China in late 2002. By mid-2003, it had spread to 17 countries, including the United States. In all, over 8,000 people were infected with SARS, and 774 people died. In mainland China and Hong Kong, SARS had a fatality rate of almost 10%. SARS has an 80% genetic similarity with the Wuhan coronavirus, and like coronavirus, SARS was believed to have originated in bats.

In the case of the SARS outbreak, China was accused of trying to downplay the severity of the disease while it was still localized in China. Jiang Yanyong, a Chinese Army physician, reported that the Chinese government had suppressed the number of reported cases in Chinese military hospitals and demanded the government release its full count to the World Health Organization, which was investigating the outbreak. Only after the death of an American teacher, James Earl Salisbury, from SARS did the Chinese government release its full report to the WHO. By that time, over 500 people had already died from the virus.

China has proven time and again that it has been unable to contain deadly diseases that have originated from its territory. In some cases, it has actively worked to suppress information on the diseases. Based on China’s recent history, the ongoing coronavirus epidemic may be much more serious and deadly than is currently known.