The Trump administration announced protective countermeasures restricting foreign nationals who have recently been to China from entering the U.S. in response to the coronavirus outbreak from Wuhan, China.

On Friday, Alex Azar, the secretary of Health and Human Services, announced the new travel restrictions which will go into effect on Sunday evening, according to The New York Times. In Azar’s own words, the coronavirus is now “a public health emergency.” Besides permanent residents and immediate family members of U.S. citizens, all foreign nationals who had been to China in the last two weeks will be impacted by the new travel ban. (RELATED: Russia And The UK Report First Coronavirus Cases)

In addition to the barring of some foreign citizens from the country, the U.S. is enacting a new policy to place Americans coming back from China under quarantine for two weeks by the Center for Disease Control and Prevention (CDC). They are being held on an air reserve base in Ontario, Calif. Whether or not any of the quarantined Americans have the disease is not yet public information.

Tests have been performed and will continue on the medical subjects, although, according to Dr. Nancy Messonnier, the director of the CDC’s National Center for Immunization and Respiratory Diseases, “a negative result on a test will not help us confirm that people will be safe from this disease.” 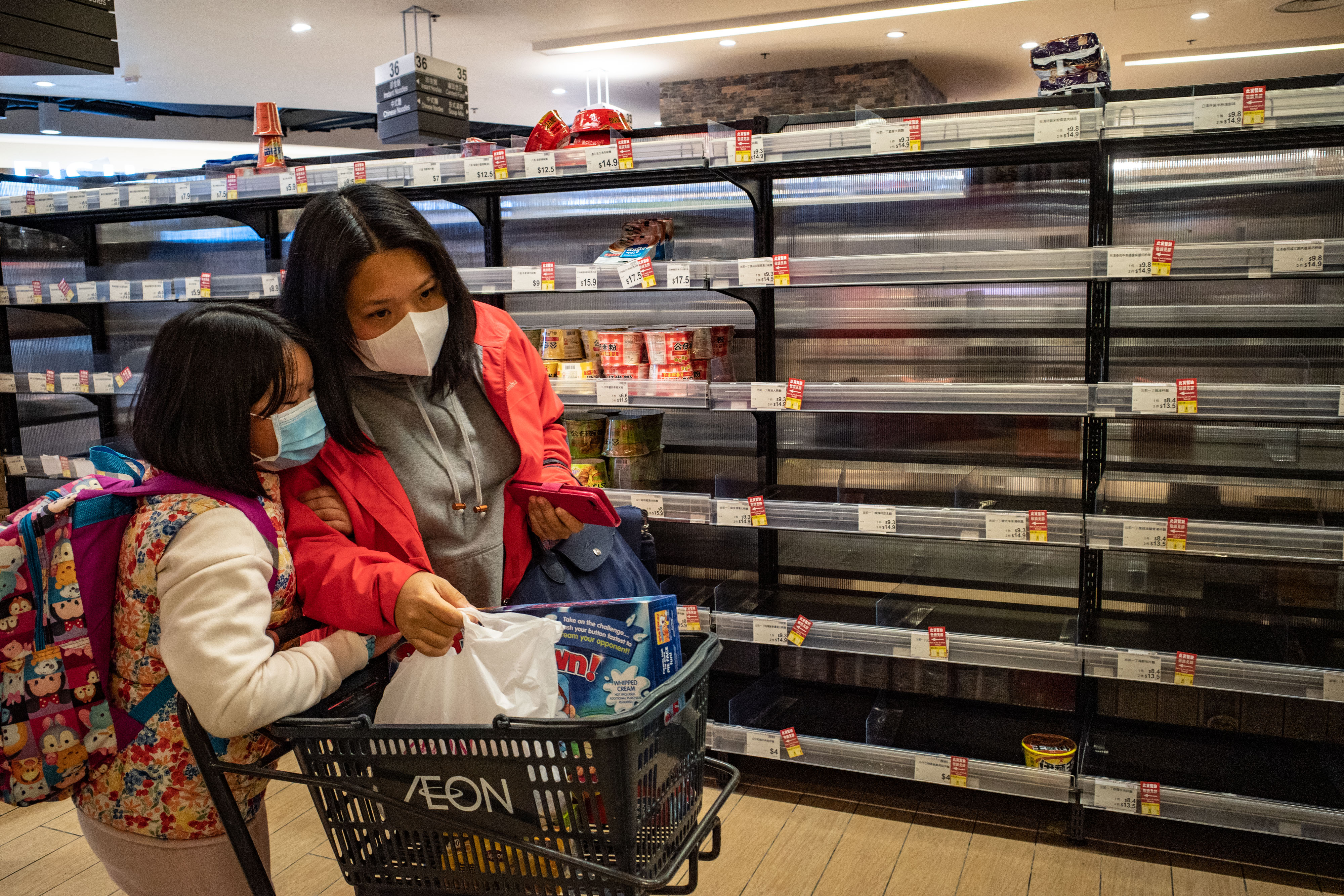 HONG KONG, CHINA – JANUARY 31: Customers wear face masks as they walk past empty shelves in a grocery store on January 31, 2020 in Hong Kong, China. The WHO declared a global public health emergency with over 9800 confirmed cases of Novel coronavirus (2019-nCoV) around the world which most of them were in mainland China, where the virus claimed over 200 lives. (Photo by Anthony Kwan/Getty Images)

The temporary restrictions followed announcements by American Airlines, Delta Air Lines and United Airlines that they would suspend air service between the United States and China for several months. American and United airlines have their travel ban set until March 28th, while Delta has extended theirs until April 30th, according to USA Today. United released the following statement to customers:

In response to the continued drop in demand for travel to China and the U.S. Department of State’s decision to raise its China travel advisory to a Level 4, we have decided to suspend operations between our hub airport cities and Beijing, Chengdu and Shanghai beginning February 6 until March 28. Until that date, we will continue to operate select flights to help ensure our U.S. based employees, as well as customers, have options to return home. We will continue to operate one daily flight between San Francisco and Hong Kong. As always, the safety of our customers and employees is our highest priority and we will continue to monitor the situation as it develops.

As of Friday, the coronavirus had infected around 10,000 people. On Saturday, the number began to close in on 12,000. The death toll has now surpassed 250 people, all in China. According to Chinese health authorities, the number of confirmed cases grew by 2,102 on Friday, bringing the total to 11,791 nationwide, said CNN. There are 149 confirmed cases outside of China. (RELATED: Coronavirus Death Toll Surpasses 200 As Outbreak Impacts Travelers Worldwide)