“I think this door of impeachable whatever has been opened,” Ernst told Bloomberg News in an interview published Sunday. “Joe Biden should be very careful what he’s asking for because, you know, we can have a situation where if it should ever be President Biden, that immediately, people, right the day after he would be elected would be saying, ‘Well, we’re going to impeach him.'”

Ernst said impeachment grounds to remove Biden, should he become president, would be “for being assigned to take on Ukrainian corruption yet turning a blind eye to Burisma because his son was on the board making over a million dollars a year.” 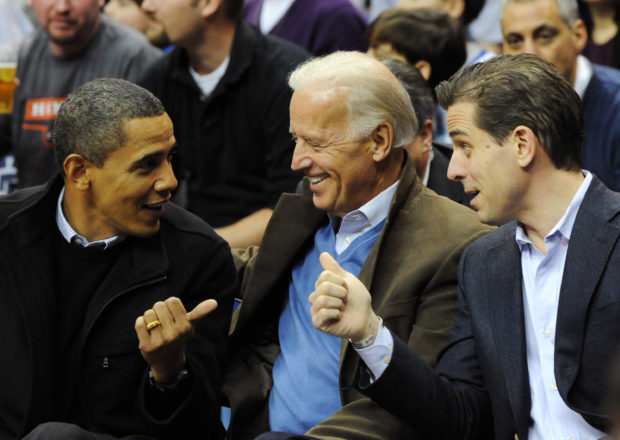 The former vice president’s son, Hunter Biden, made upwards of $80,000 a month serving on the board of Ukrainian gas company Burisma. While serving as vice president, Joe Biden pressured Ukrainian President Petro Poroshenko to fire Viktor Shokin, the country’s general prosecutor who at the time was investigating Burisma. In January 2018, Biden boasted about threatening to withhold $1 billion in loan assistance in order to force Shokin out.

“I said, you’re not getting the billion,” Biden said at a Council on Foreign Relations event. “I’m going to be leaving here in, I think it was about six hours. I looked at them and said: ‘I’m leaving in six hours. If the prosecutor is not fired, you’re not getting the money.’ Well, son of a bitch. (Laughter.) He got fired. And they put in place someone who was solid at the time.” (RELATED: Devin Nunes Has Some ‘Bad News’ For Tucker After Senate Votes No On Witnesses)

Oleksandr Onyshchenko, a former member of Ukraine’s parliament, claimed that Burisma hired Hunter Biden on the board for protection.