A man who traveled from the epicenter of the coronavirus outbreak in Wuhan, China, died Saturday in the Philippines, officials said.

The 44-year-old man, whose name has not yet been released, was a resident of Wuhan. Filipino officials described his symptoms as similar to “severe pneumonia,” according to The New York Times. The man arrived in the Philippines from China with a 38-year-old woman, who remains under observation.

The World Health Organization (WHO) released a statement that confirmed the man was the first recorded death outside of China from the coronavirus disease, as well as one of two people to have had it in the Philippines.

“The Department of Health announced today that a 44-year-old male is confirmed as the second person with the 2019 novel coronavirus acute respiratory disease (2019-nCoV) in the Philippines. He passed away on 1 February 2020. This is the first known death of someone with 2019-nCoV outside of China. Our thoughts are with his family at this difficult time.” 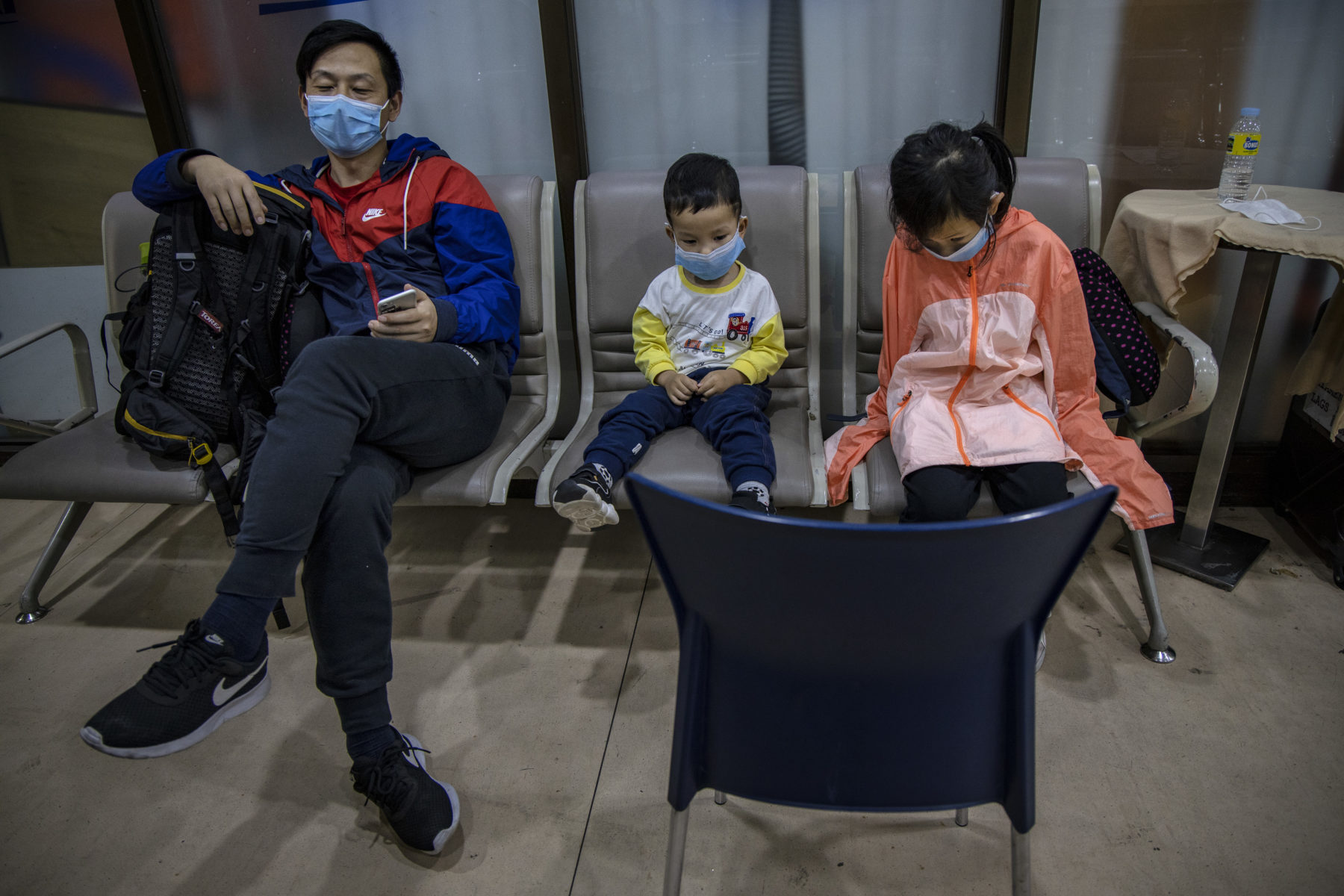 MANILA, PHILIPPINES – FEBRUARY 03: A Chinese family, whose flight to Shanghai was cancelled after the Philippine government imposed travel restrictions to and from China amid the outbreak of the Wuhan Coronavirus, rest at the Ninoy Aquino International Airport.(Photo by Ezra Acayan/Getty Images)

The coronavirus has caused an international “state of emergency,” according to WHO. Shortly before the Philippine branch of WHO posted their message on their FaceBook page, the nation said that it would be temporarily restricting travelers coming from China, Hong Kong and Macau. (RELATED: Russia And The UK Report First Coronavirus Cases)

There have been at least 17,205 confirmed cases of the coronavirus as of Monday morning, with the vast majority being reported from China, according to CBS. The death toll climbed to 361.

New Zealand officials said Sunday that the nation would place a temporary ban on entry from visitors traveling from mainland China. The restrictions started on Monday and will last 2 weeks. Residents and citizens of New Zealand are allowed entry from China but will be placed in a 2 week quarantine.

Prime Minister Jacinda Ardern released a statement to the press on Saturday.

“We have been advised by health officials that while there are still a range of unknowns in the way the virus is being transmitted, we should take a precautionary approach and temporarily stop travel into New Zealand from mainland China, and of people who have recently been in China…It is critically important that we both protect New Zealanders from the virus and play our part in the global effort to contain it.”

The United States, Australia and Israel have also banned non-citizens/residents who have recently been to China from entering their respective nations, the NYT reported. Israeli Prime Minister Benjamin Netanyahu met with his ministers in Jerusalem on Sunday to prepare for the sickness making its’ way to his nation. (RELATED: US Restricts Travel From China Amid Coronavirus Outbreak)
“We estimate that the virus will arrive,” said his office in an official statement. They have man plans “to isolate those who have been infected and treat them” for 14 days at home. Israel has temporarily closed its borders to air, sea, and land travel from China.