After years of banter and speculation about which Democrat will be the best candidate to take on President Donald Trump, it’s finally time to start taking votes.

The Iowa caucus will finally take place Monday,  the first of this year’s Democratic primaries, and the American people will finally begin to get an idea of who the 2020 Democratic presidential nominee will be. Former Vice President Joe Biden has been branded as the front-runner for the nomination, and has led in most national polls since entering the race last Spring. But, the Biden campaign has sought to temper expectations in the opening state as his top rival, Independent Vermont Sen. Bernie Sanders continues to surge in the polls.

Sanders is leading in Iowa by 4%, according to the RealClearPolitics polling average, and has cut into the former vice president’s lead nationally. The most recent poll found Sanders leading Biden by 7% in the state. While Iowa can be unpredictable, the socialist senator appears to be the clear front-runner to take home the majority of the delegates in the first primary state. The bigger question heading into Monday night may be what happens to candidates who need a good showing to keep their presidential hopes alive. (RELATED: Bernie Sanders Is Now The Democratic Front-Runner, And That Should Worry Republicans)

“There’s three tickets out of Iowa, and two of those tickets are taken,” Democratic activist and Fox News contributor Christopher Hahn told the Daily Caller. “Who gets that third ticket?”

Indeed, Biden and Sanders will still be the two front-runners for the nomination, no matter what happens in Iowa, but Monday night could be the last stand for other major Democratic candidates, including Massachusetts Sen. Elizabeth Warren, and former South Bend, Indiana Mayor Pete Buttigieg. Warren was considered the front-runner at one point last fall, but has faded following scrutiny of her health care plan, and a botched attack on Sanders. Buttigieg has been the surprise candidate of the election cycle, but has failed to gain traction with minority voters, especially in the south. If the mayor doesn’t perform well in Iowa, it’s hard to see a path forward for him. (RELATED: The Tide Is Turning Against Democrats On Impeachment)

Meanwhile, Sanders appears to have next week’s New Hampshire primary in the bag, leading by 9% in the RealClearPolitics polling average, and is currently leading in the delegate-rich state of California. Biden is banking on South Carolina and the Super Tuesday states to catapult himself to the nomination. Thus, the biggest battle in Iowa may not come down to Biden and Sanders, but to Buttigieg and Warren instead.

Conventional wisdom would suggest that Sanders would be able to claim much of Warren’s support if she were to drop out, while Biden would be able to claim much of Buttigieg’s. The battle between Warren and Buttigieg feels like a proxy between the two front-runners, and if a poor showing in Iowa leads to either dropping out, that could ultimately prove to be a bigger storyline than whoever finishes on top. (RELATED: Flashback: Elizabeth Warren Became Rich By Defending The Rich)

“A Warren departure from the race would benefit Bernie dramatically,” Hahn told the Caller. 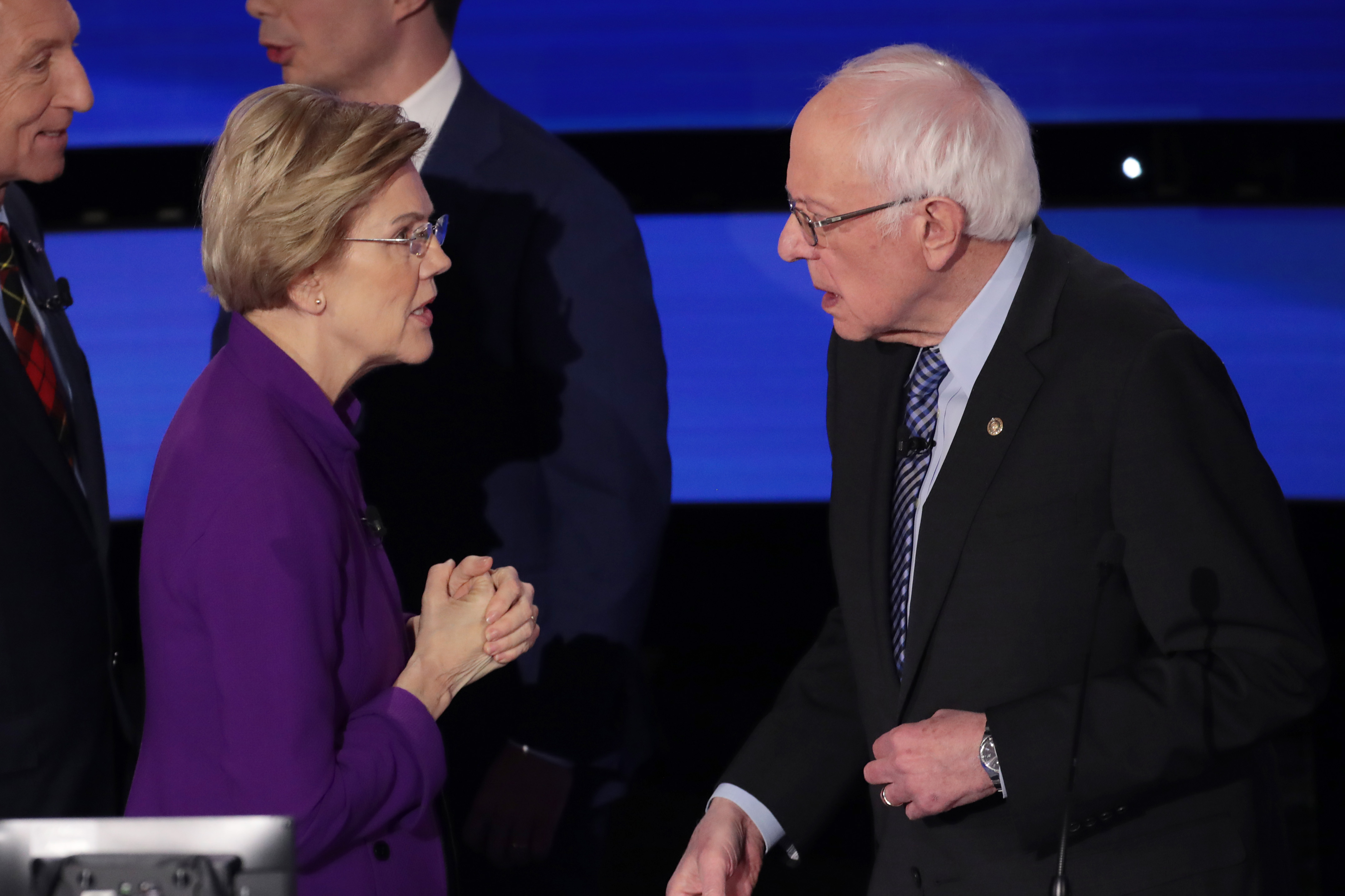 Indeed, the Iowa caucuses are always more about momentum and narratives than anything else. The delegate count in the small state is relatively insignificant in the grand scheme of things, but given that it is the first primary state and years of hype about taking on Trump, this year’s Iowa Caucus will shape the narrative even more than in years past. Given that, Sanders is widely considered the favorite; anything short of a win for the Vermont senator would hurt, although it would still be far from fatal for his presidential nomination.

“The best thing that could happen to you in Iowa is to overperform, and the worst is to underperform,” Hahn said. “Anything other than a win for Bernie would be an underperformance.”

Assuming polls are correct, and Sanders does indeed win Iowa, the battle for second place could set the narrative for the next week. The race for second in Iowa appears to be a dead-heat between Buttigieg, Biden, and Warren, according to recent polling. Expectations are low for the former vice president Monday night, but it would still be shocking to see the man who has been considered the front-runner for a year finish outside the top three in the first primary state.

“Iowa breaks late,” Hahn said. “Of the four front-runners, Biden’s on-the-ground organization is not as strong.”

On the other hand, If Sanders wins big, he could become the front-runner for it all. There have been rumblings that the Democratic establishment is getting frustrated with Biden, and is panicked about Sanders potentially being the party’s nominee this Fall. That sentiment was expressed by the party’s 2004 presidential nominee and current Biden surrogate John Kerry, who was overheard by an NBC News analyst expressing disbelief at the current state of the primary, and even murmured about getting into the race himself.

Nevertheless, Hahn is confident that the party will rally around the eventual nominee, arguing that the stakes are too high not to.

“I think the party’s gonna rally around whoever the nominee is,” Hahn said. “People have a singular goal, and that goal is defeating Donald Trump.”

After Monday night, Democrats will be one step closer to figuring out who they will put up against Trump in November.