The tech firm reportedly behind much of the chaos surrounding Monday’s Iowa caucus is now attempting to distance itself from a phone app that caused delays in reporting the results of the caucus.

ACRONYM edited portions of its website to distance itself from an app that Democrats hoped would simplify the process of counting votes in Iowa’s roughly 1,700 precincts, the Daily Caller News Foundation found in an archived version of the company’s website.

“In January, we launched Shadow, a tech company focused on enabling organizers to run smarter campaigns,” ACRONYM’s website stated early Monday on its About page. The page was changed later that day to say: “In January 2019, we invested in Shadow.”

Officials across the state struggled to use the app, leaving the results of the caucuses in limbo. (RELATED: Tech Firm Behind Iowa Caucus Disaster Also Played Role In Creating A Covert Democratic Propaganda Media Outfit)

Tara McGowan, a digital producer for Obama for America in 2011 and the proprietor behind ACRONYM, raised at least $25 million from wealthy liberals to create another media company along side ACRONYM called Courier Newsroom that is designed to deliver information favorable to Democrats. 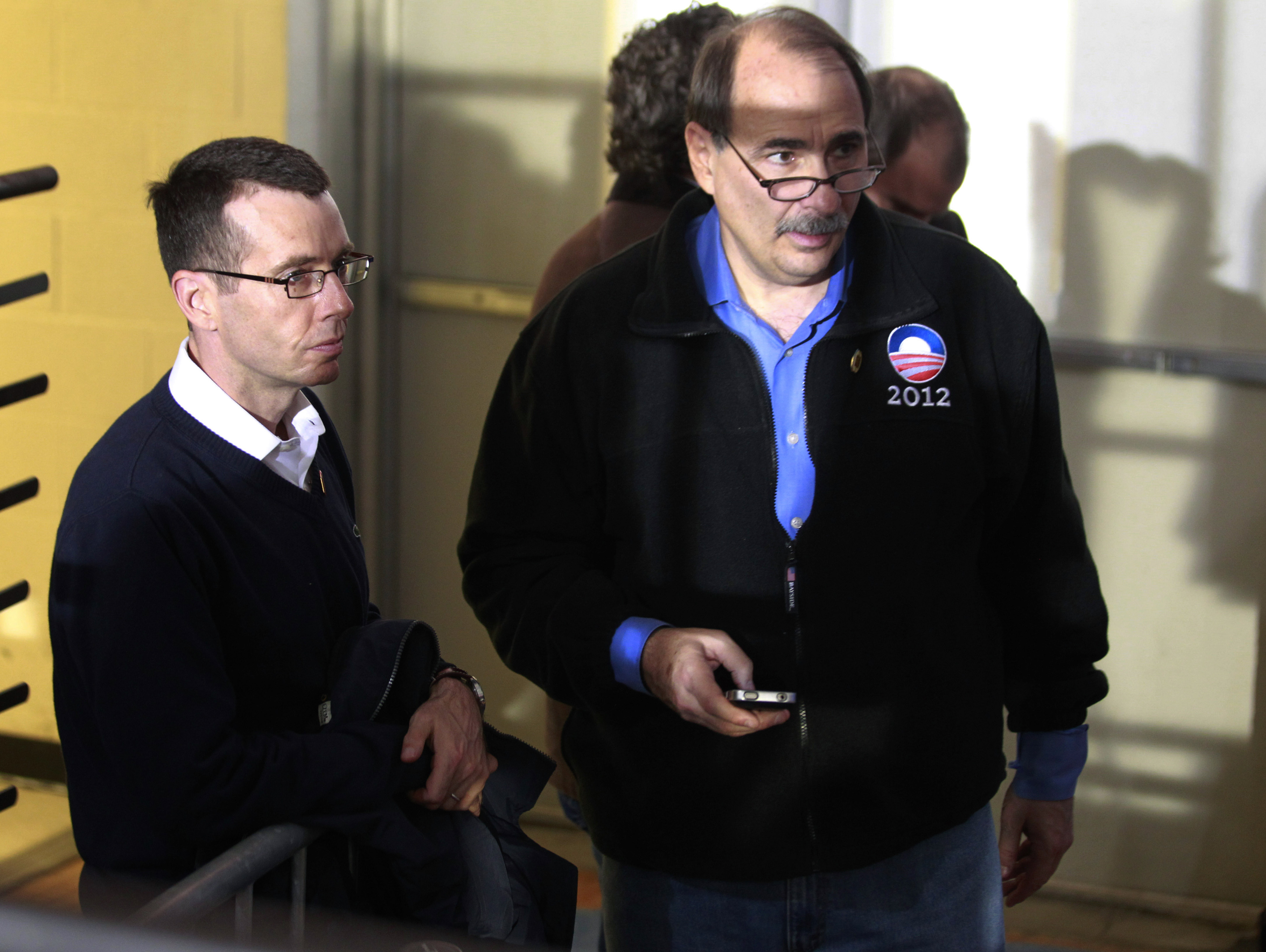 David Plouffe, a Democratic operative who managed Obama’s 2008 presidential campaign, joined Acronym’s board in 2019. He appeared to back away from his involvement in Shadow during MSNBC’s Tuesday morning coverage of the caucus.

“I didn’t know about it. I’m helping Acronym, a volunteer on their board,” Plouffe told MSNBC’s Chris Hayes, who asked the former Obama-era operative about his ties to the company. He added: “My understanding. I just texted the CEO. ACRONYM is an investor in Shadow. I have no knowledge of Shadow.”

Plouffe told The New York Times in November 2019 that Trump is way ahead of the game. “There is an enormous amount of danger between now and then,” he said, noting that Obama had a similar advantage over Sen. Mitt Romney in 2012. “If the hole is too steep to dig out of, they’re not going to win.”