President Donald Trump’s designated survivor for Tuesday’s 2020 State of the Union Address (SOTU) is Secretary of the U.S. Department of Interior David Bernhardt.

Members of the House of Representatives, Senate and the Supreme Court attended Trump’s SOTU address this year. Also in attendance were the Joint Chiefs of Staff and the president’s Cabinet members.

Bernhardt, however, is absent from the event after being chosen as Trump’s designated survivor – the person who would become acting president in the event something happened to the president, vice president and cabinet members. Bernhardt is being held at a secure location during Trump’s address. 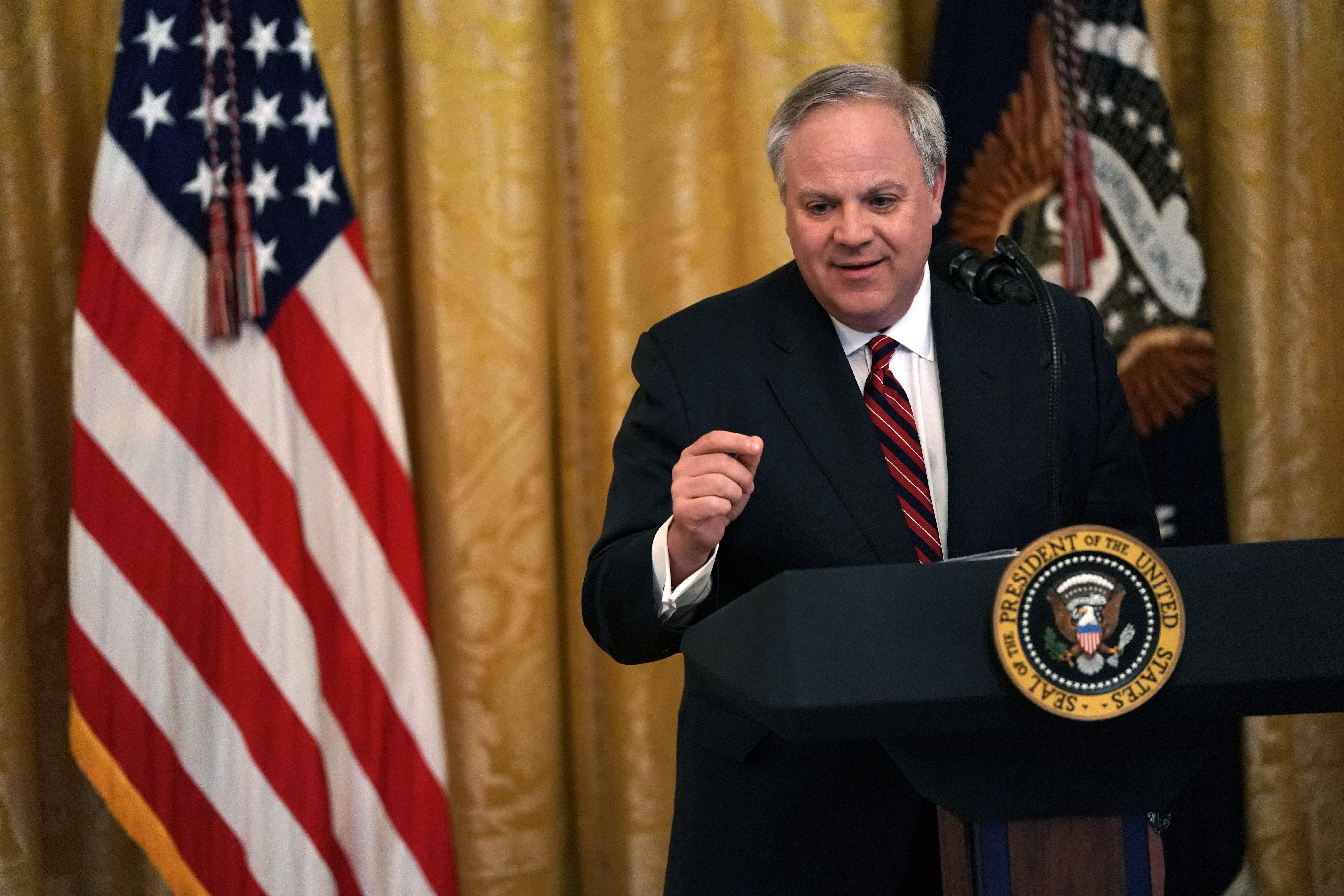 U.S. Secretary of Interior David Bernhardt speaks during an East Room event on the environment July 7, 2019 at the White House in Washington, DC. (Alex Wong/Getty Images)

The designated survivor was announced shortly before Tuesday’s SOTU. Only cabinet members can serve as president.

Bernhardt, 50, is a former lobbyist and was confirmed to his current position in April 2019. The designated survivor in 2019 was then-Secretary of Energy Rick Perry. (RELATED: Senate Energy Committee Approves Trump’s Pick To Lead Interior)