President Donald Trump surprised an Army wife during Tuesday’s State of the Union address, bringing her husband home from Afghanistan and directly into the chamber.

Trump began by introducing Amy Williams and her two children, speaking of their sacrifice as the family of a soldier on his fourth deployment. (RELATED: Century-Old Tuskegee Airman Snaps To Attention And Salutes Trump, Then Smiles And Gives A Finger Gun)

“War places a heavy burden on our extraordinary military families,” Trump said. “Especially spouses like Amy Williams from Fort Bragg, North Carolina and her two children, six-year-old Eliana and three-year-old Roland. Amy helps other military families. For the past seven months, her husband has been in Afghanistan for seven months on his fourth deployment. Amy’s kids had not seen their father’s face in many months. Your sacrifice makes it possible for all of our people to live in safety and in peace and we want to thank you. Thank you, Amy.”

But even as the crowd cheered for them, Trump dropped the real surprise.

“There is one more thing,” Trump said. “Tonight, we have a very special surprise. I am thrilled to inform you that your husband is back from deployment. He is here with us tonight.” 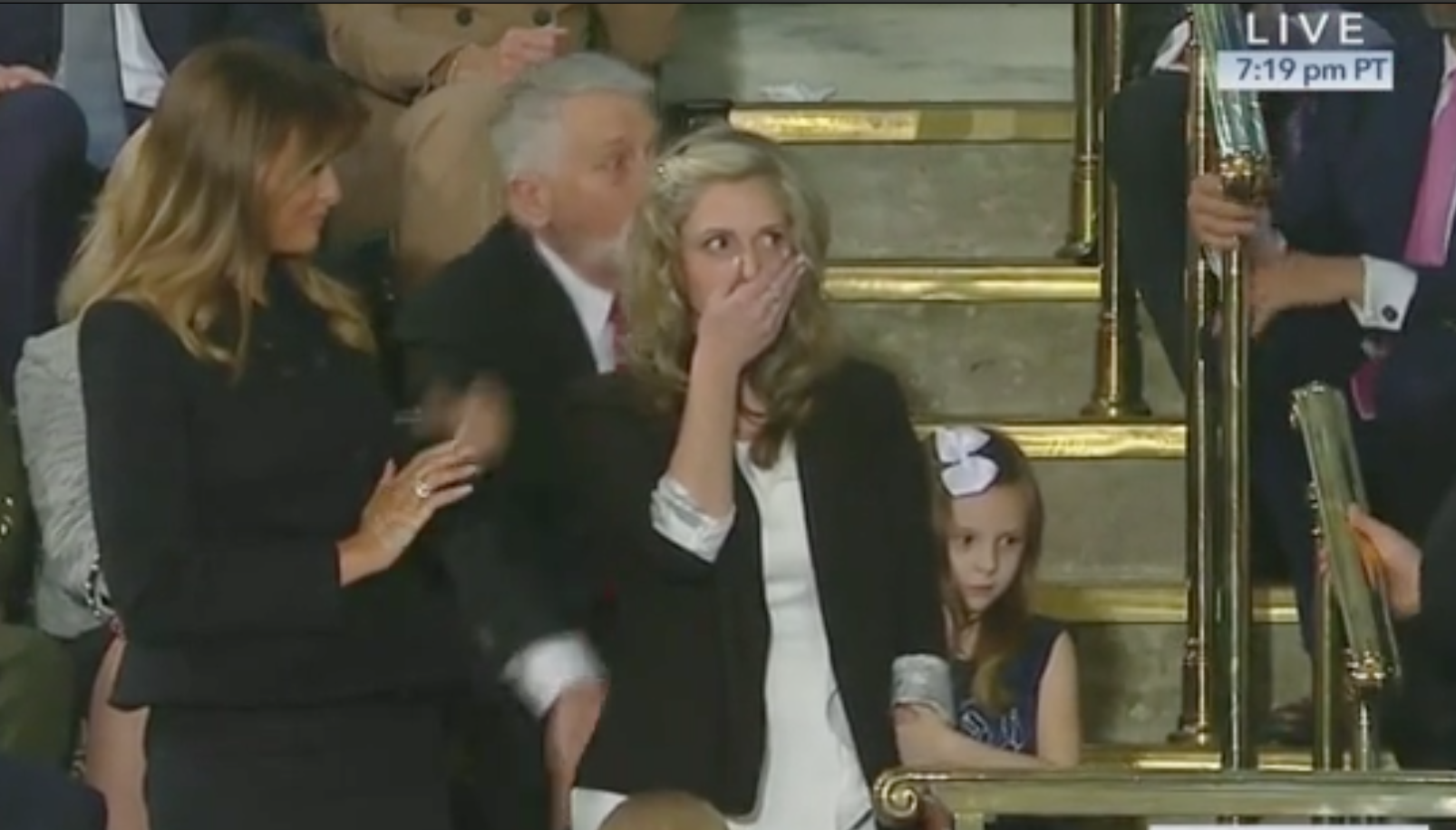 The crowd erupted with cheers and applause as Sergeant Williams walked down the steps to embrace his stunned wife and children.

“Welcome home Sergeant Williams,” Trump said. “Thank you very much. As the world bears witness tonight, America is a land of heroes.”