President Donald Trump’s 2020 State of the Union (SOTU) address drew a substantially smaller viewership than last year, according to ratings.

Viewership for the 2020 SOTU went down about 27% from 2019’s comparative figure, Deadline noted.

Fox News Channel dominated viewership numbers, with co-anchors Bret Baier and Martha MacCallum seeing 11.5 million viewers. This is the only network that saw an increase in viewership numbers from the previous year.

Fox News Channel numbers doubled that of CNN and MSNBC combined, early Nielsen Media Research indicated. NBC drew in around 4.8 million viewers, CBS saw around 4.6 million and CNN came in at a little under 2.8 million viewers.

There are still numbers from PBS, Univision and other outlets to be factored into total viewership. 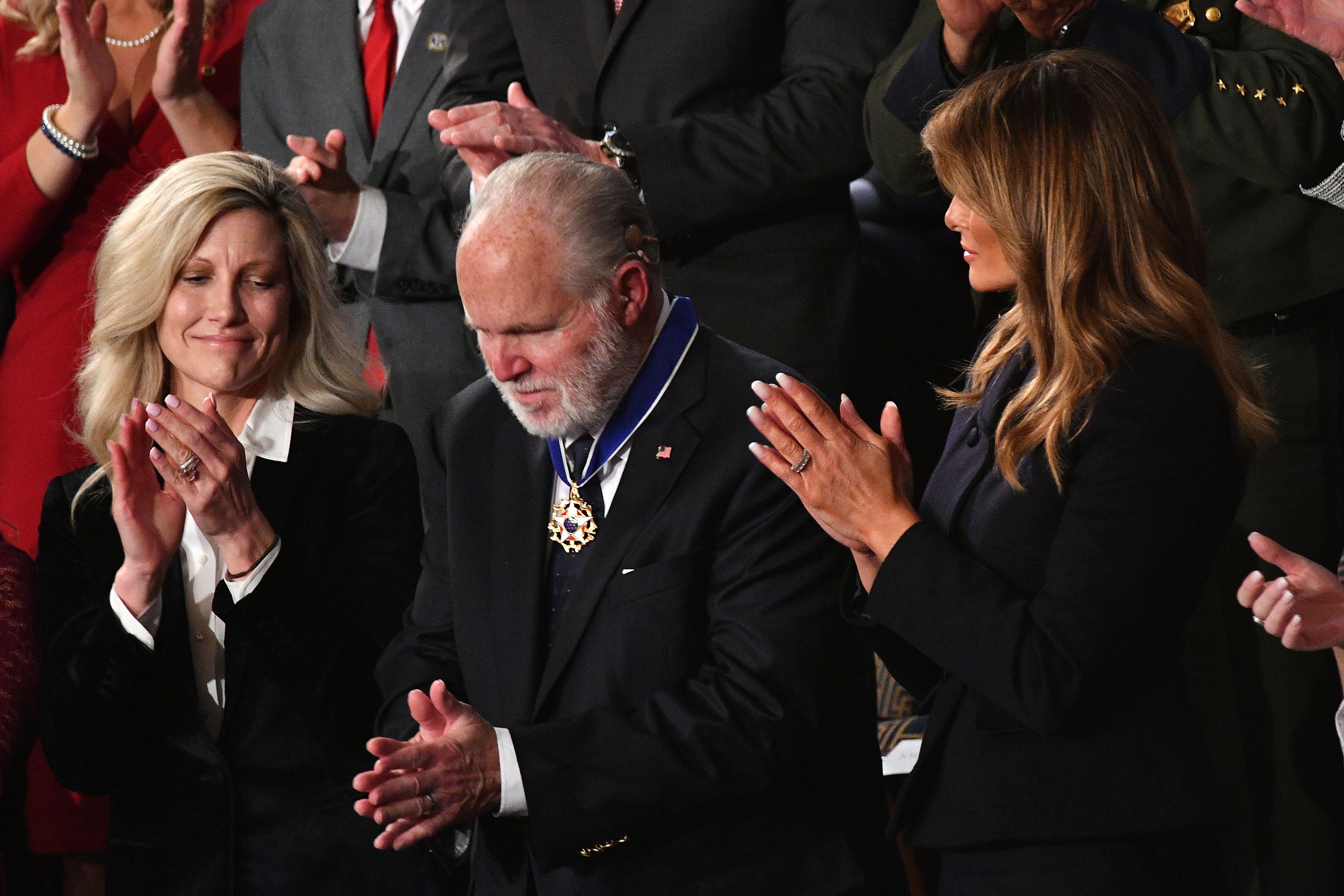 Radio personality Rush Limbaugh bows after being awarded the Medal of Freedom by First Lady Melania Trump after being acknowledged by US President Donald Trump as he delivers the State of the Union address at the US Capitol in Washington, DC. (MANDEL NGAN/AFP via Getty Images)

The evening included a few moments of contention between Democrats and the president, most notably when House Speaker Nancy Pelosi ripped up Trump’s speech just seconds after it ended. (RELATED: Nancy Pelosi Breaks Protocol With State Of The Union Introduction)