House Speaker Nancy Pelosi said Thursday that she has “tried to be gracious” with President Donald Trump — just after she declared that he “knows little about faith and prayer.”

Pelosi was speaking at her weekly news conference in Washington, just hours after Trump attended and spoke at the annual National Prayer Breakfast. She suggested the president should not have discussed the booming economy nor his acquittal in the Senate impeachment trial at the event.

“It’s a prayer breakfast and that is something about faith … But to go into the stock market and raising up his acquittal thing and mischaracterizing other people’s motivation: he is talking about things that he knows little about: faith and prayer.” (RELATED: Rep. Matt Gaetz Filing Charges Against Pelosi For Ripping Up SOTU Address)

Pelosi has a been the target of severe criticism since she decided to tear up a copy of President Donald Trump’s State of the Union speech Tuesday. Despite her performance as she stood behind the president, the Speaker declared Thursday, “I am always dignified. I thought that was a very dignified act.”

Nonetheless, Pelosi said she prays for the president even though he says things that are “without class.”

“He really needs our prayers … I do pray for him and I do so sincerely and without anguish. Gently, I pray for everybody else. I thought what he said about Sen. Romney was particularly without class.  When he said some people use faith as an excuse to do the wrong thing … It’s so inappropriate at a prayer breakfast,” Pelosi told reporters. (RELATED: ‘Disgusted And Insulted’: Gingrich Sounds Off On Pelosi Ripping Up Trump’s Speech) 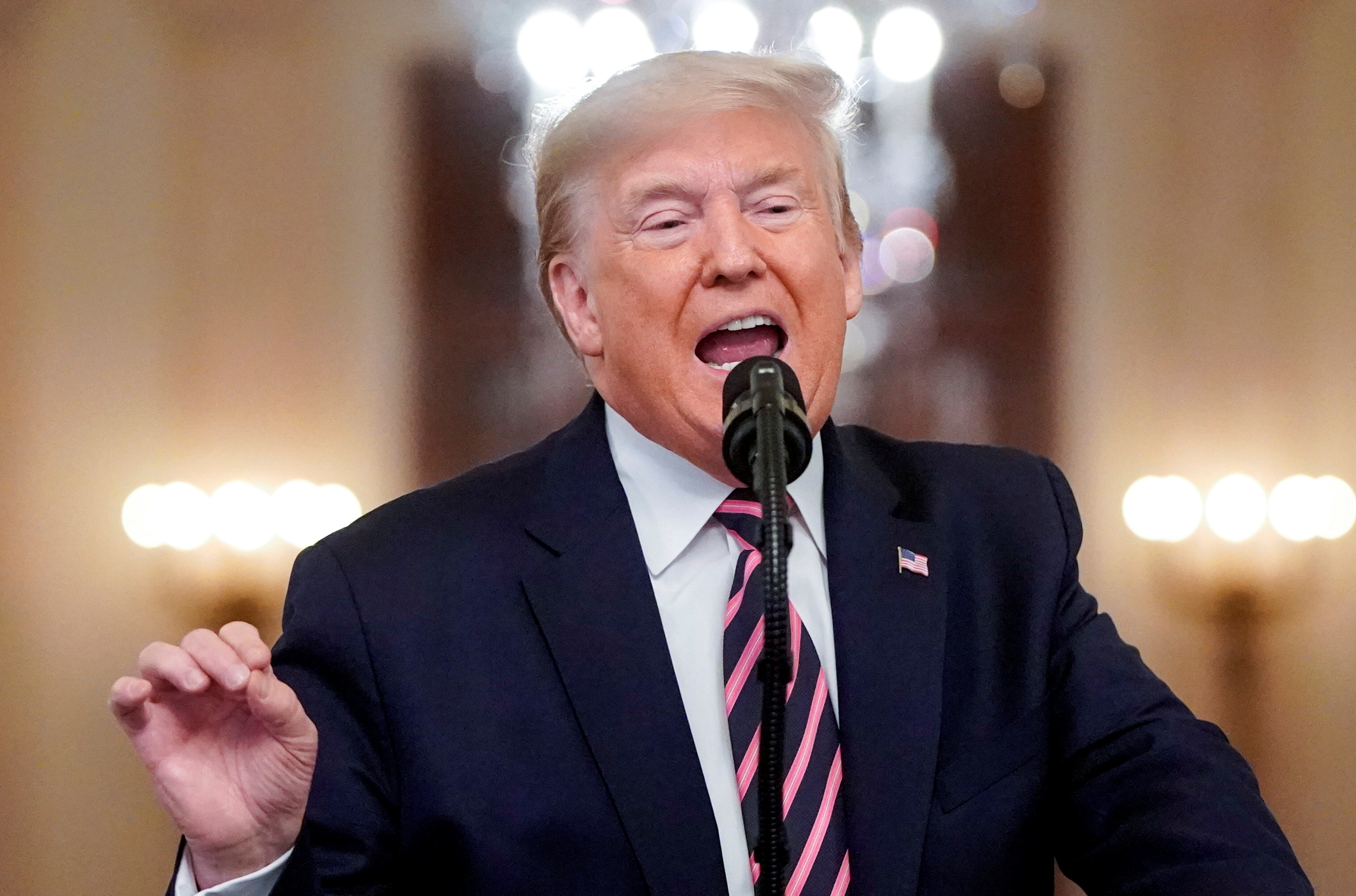 U.S. President Donald Trump delivers a statement about his acquittal in his Senate impeachment trial during an event celebrating his acquittal in the East Room of the White House in Washington, U.S., Feb. 6, 2020. REUTERS/Joshua Roberts

Pelosi concluded her news conference by saying Trump “degrades” America “almost every day,” that he “denigrates our values … is disloyal to the Constitution, degrades the environment, denigrates who we are as a people and undervalues who we are.”