Goldberg opened “The View” by saying that, while she often disagreed with Romney, she applauded the courage it took to stand up to his party and to President Donald Trump when he decided to vote “guilty” on the abuse of power charge.

“I’m conflicted on this one,” McCain began. “I know he’s a person of faith because I watched his documentary on Netflix. What struck me in that documentary was he was obsessed with not being a loser after he lost in 2012 and said he didn’t want to be, quote, ‘branded a loser for life.'”

McCain went on to note that Romney had courted the president during the transition in late 2016, apparently angling for a position in Trump’s cabinet — even secretary of state.

“I like when anyone bucks a party. I will always respect it and I think it took big cojones to do that yesterday [Wednesday] but it doesn’t take much courage right now to do anything that’s not going to have any impact,” McCain continued, pointing out the fact that even without Romney’s vote, the acquittal would stand. “President Trump was acquitted yesterday. I just think Mitt Romney, I want to trust him, but would he still feel that way if Trump gave him his secretary of state position?”

Citing the Utah senator’s “history as a flip-flopper,” McCain said she would never fully be able to trust that his motives were pure.

“I think right now the idea that he woke up and found his conscience —” McCains started.

“I’m just glad somebody stood up and said ‘no.’ Finally,” Goldberg interrupted.

“But that’s what he wants. I think he wants —” McCain protested.

“That’s okay. You know what, I’m going to give faith in him like I gave to your dad,” Goldberg interrupted again. 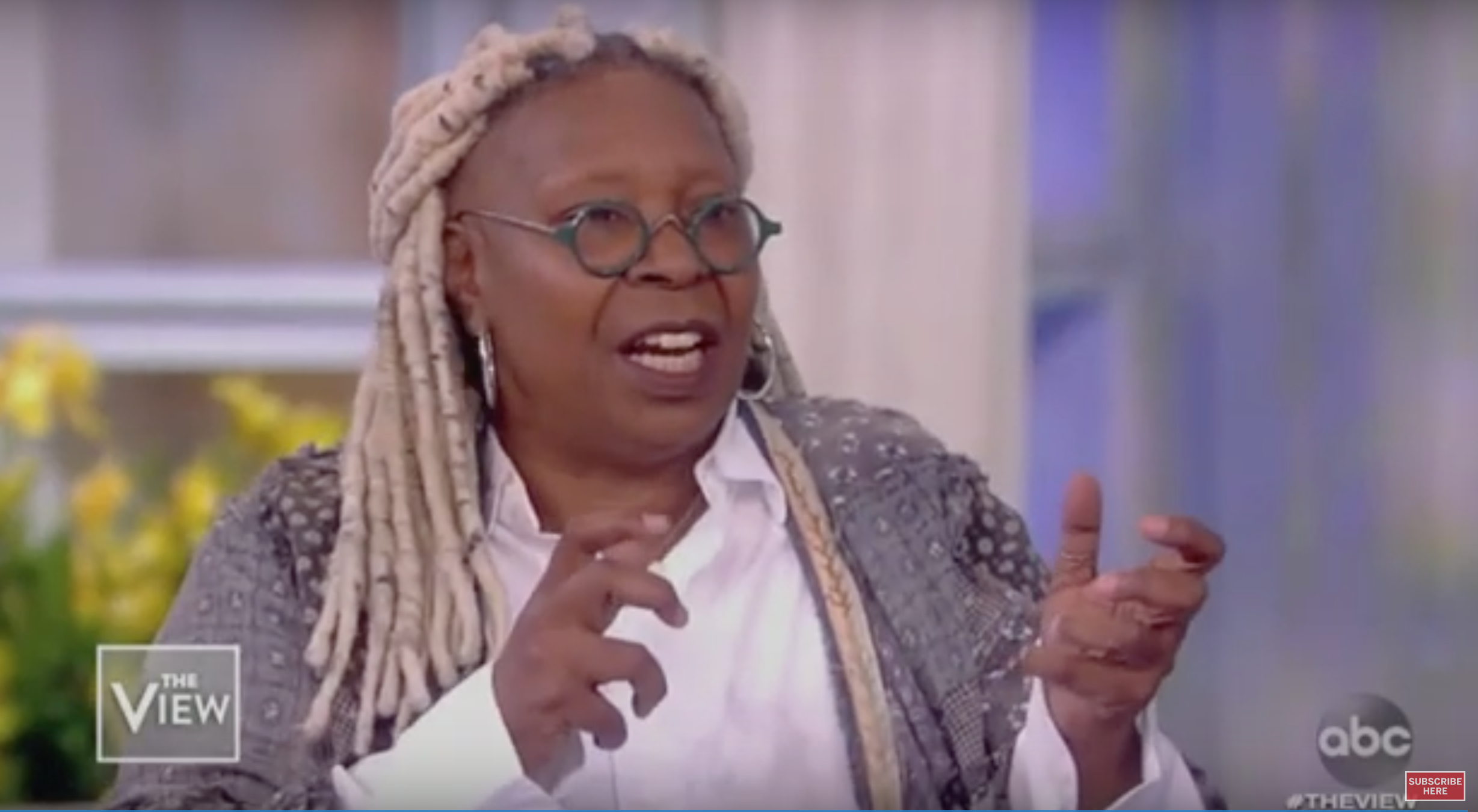 “With all due respect, Mitt Romney is nothing like my dad,” McCain shot back.

Goldberg went on to explain that she meant she would give Romney the benefit of the doubt in this situation like she had with the late Republican Arizona Sen. John McCain, adding, “He stood up in a way that nobody else has except for your dad. So I’m saying to you —”

“I’m saying don’t put all your bets on Romney right now,” McCain continued. “He will break your heart like he always does.”

Goldberg pressed on, saying, “I’m 63 years old. I have been going through this with these people for years.”

“Yes, and you’re half my age, so hear what I know,” Goldberg replied. (RELATED: Whoopi Goldberg Slams Rush Limbaugh, Says Medal Of Freedom Is ‘For People Who Actually Did Stuff’)

“It is a bit dismissive,” Goldberg admitted.

“I don’t know what my age has to do with my political perspective right now,” McCain argued.

The two continued to talk over each other until Goldberg finally attempted to turn the conversation around on McCain. “Let me finish this. This has nothing to do personally with you. This has to do with the fact that when you say to me don’t put all your eggs in the basket, that’s dismissive so me. I know that’s not —”

“Half the time you hate him. You hated him,” McCain pressed, and Goldberg protested that she had never hated anybody.

Then Joy Behar jumped into the fray.

“Can I just say thing one. Number one, I’ve never hated anybody,” she began, immediately changing her position to add, “I hate Trump, yes.” (RELATED: ‘When They Go Low, We Go Lower’: Joy Behar Defends Pelosi’s Speech-Ripping Response To SOTU)

“Come on, you hate Mitch McConnell more than anyone,” McCain chided her.

“Wait a second. I hate Mitch McConnell and I hate Trump,” Behar conceded as the segment wrapped.