The White House confirmed on Thursday that US forces took out one of the founders and leader of al-Qaida in the Arabian Peninsula (AQAP), Qasim al-Rimi. 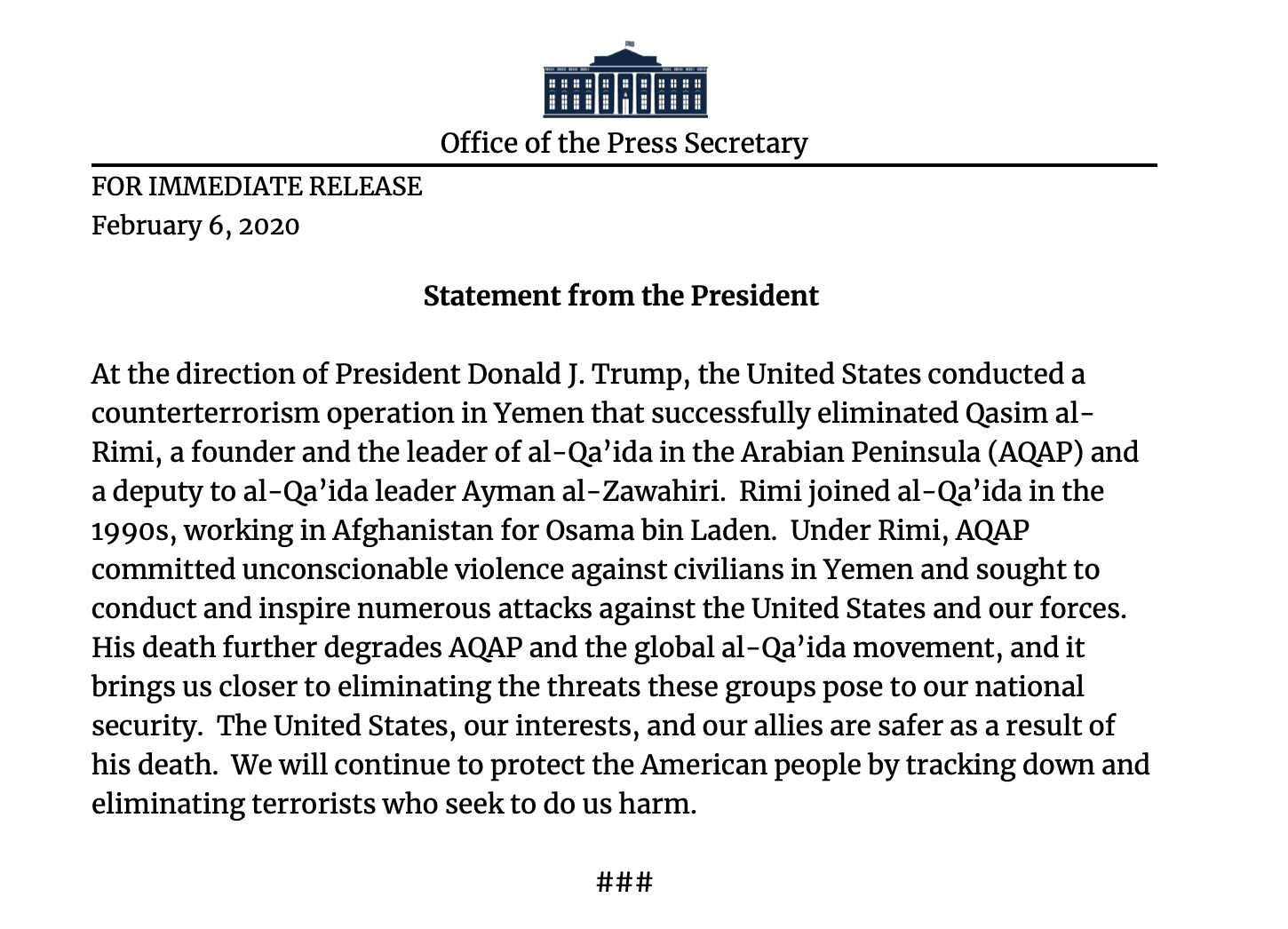 Statement on killing of Al-Qaida leader in Arabian Peninsula

In a statement released late Thursday afternoon, the White House announced,  “At the direction of President Donald J. Trump, the United States conducted a counterterrorism operation in Yemen that successfully eliminated Qasim al-Rimi, a founder and the leader of al-Qa’ida in the Arabian Peninsula (AQAP) and a deputy to Al-Qaeda leader Ayman al-Zawahiri.”

This is the third major terrorist taken out at the direction of President Trump in recent months. The list includes Qasem Soleimani, leader of the Quds force in Iraq and general of the IRGC, and Abu Bakr al-Baghdadi, the leader of the Islamic State in Iraq and Syria. (RELATED: Al-Qaida Affiliate Gets Off Terrorist List By Changing Name)

The statement went on to say, “Rimi joined al-Qa’ida in the 1990s, working in Afghanistan for Osama bin Laden.  Under Rimi, AQAP committed unconscionable violence against civilians in Yemen and sought to conduct and inspire numerous attacks against the United States and our forces.”

This latest operation further reaffirms President Trump and his administration’s commitment to the eradication of terrorism and protecting the United States’ and its interests around the world.