Crime continued to decline in the first half of 2019, according to new preliminary data published by the FBI. Violent crimes dropped by 3.1 percent compared to January-June 2018 and property crime fell by 5.6 percent. Looking at violent crimes, the decline was seen in every region and follows decreases in 2018 and 2017. 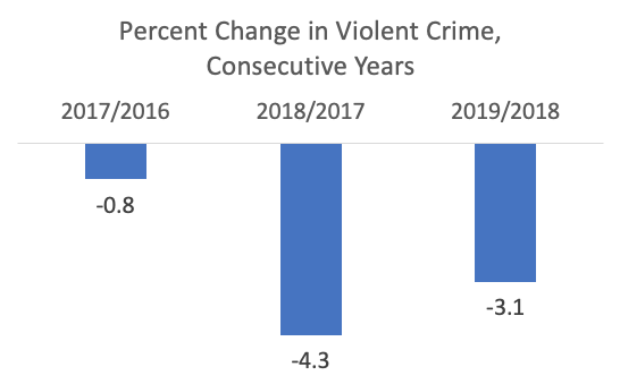 As states across the country begin their legislative sessions, gun control advocates are once again fighting to ban modern sporting rifles and generally restrict the Second Amendment rights of Americans. While these advocates will use emotional pleas to argue for their irrational policies that would do nothing to help prevent the criminal misuse of firearms, we would point to the facts. Through 2016, there have been over 17.7 million modern sporting rifles in the hands of law-abiding citizens. Meanwhile, violent crime is declining. The message is clear. Tragic criminal actions must be addressed. Banning certain types of firearms is not the answer. 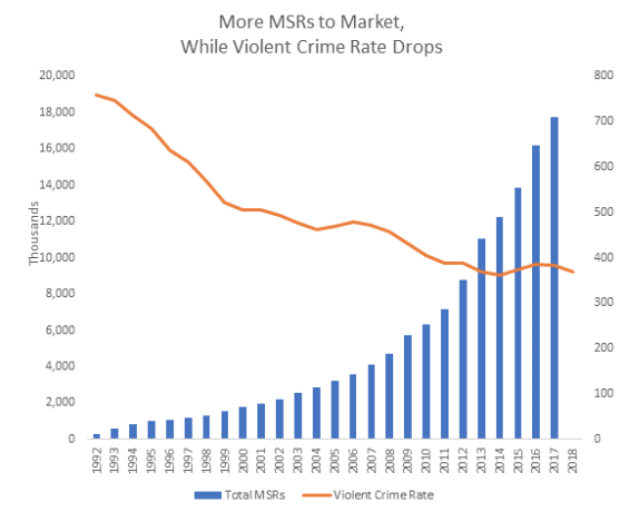 The firearms and ammunition industry shares the goal of finding the root causes of criminal violence and has created programs over the years to help address safety practices and problems of unauthorized access. The firearms and ammunition industry prides itself on high rates of compliance and on our voluntary programs, often in partnership with local, state and federal government agencies, to help curtail the actual problems of guns illegally getting into the wrong hands. We work to make sure states are submitting all prohibiting records to NICS. We provide millions of free gun locks and educational materials in all states. We train our members to spot straw purchasers, to comply with all laws, and to use discretion when making transactions and keeping their inventory secure. We work with the Defense Department, Department of Veterans Affairs and the American Foundation for Suicide Prevention to help address the crisis of suicides in our country. In short, it is time for Real Solutions. Safer Communities.SM to help continue the trend of declining violence in our country.