Robin Lehner, a goalie for the Chicago Blackhawks, got a tattoo of Long Island down his neck as a tribute to the single season he had with the New York Islanders last year.

Lehner opened up about his mental health problems that had been affecting him during and away from the game in a 2018 article for The Athletic.

“I was heavily drinking a case of beer a day just to settle the demons in my mind and then took pills to sleep,” said Lehner, “I was self-treating myself because I could not be inside my own head by myself. The thoughts of ending it all … it was real and close.” (RELATED: NHL Legend ‘Jumbo’ Joe Thornton Reaches 1,500 Points)

Forever imprinted a place that means the world to me and Where I started my new journey. Tribute to a great place filled with great people. Will forever love the island. Chicago has followed suit. pic.twitter.com/f6yGXOfI8f

Lehner contacted the NHL and NHLPA for help with his mental health and alcohol abuse. They sent him to rehab in Arizona where he was diagnosed as bipolar and ADHD with PTSD and trauma. He linked his goaltending performance to manic phases saying, “When I was hypomanic and in a good mood, I was a solid goalie. The depressive state, not so much.” 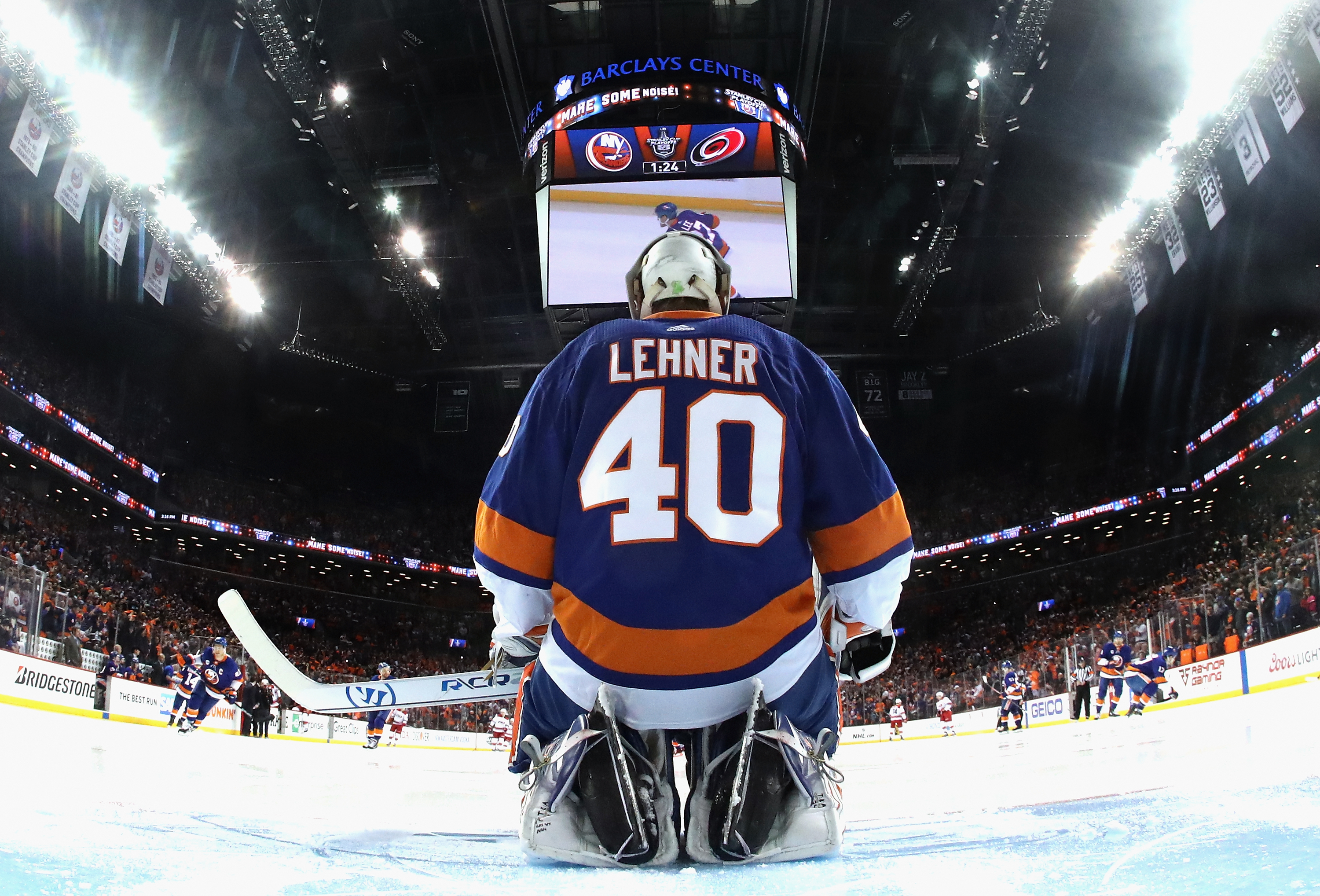 NEW YORK, NEW YORK – APRIL 28: Robin Lehner #40 of the New York Islanders prepares to play against the Carolina Hurricanes in Game Two of the Eastern Conference Second Round during the 2019 NHL Stanley Cup Playoffs at the Barclays Center on April 28, 2019 in the Brooklyn borough of New York City. (Photo by Bruce Bennett/Getty Images)

At that point, Lehner was the starting goalie for the Buffalo Sabers. After his treatment, they informed him that they were no longer interested in keeping him in Buffalo. Lehner and his agent then met with several teams to try to find the struggling and newly sober goalkeeper a new home, but the situation was difficult.

“I was bombarded with questions about why I was a bad person or a bad teammate and I couldn’t say anything,” said Lehner, “I just took it for hours. I was told that I was a bad influence and I had less than one chance or I would be buried in the minors and that would end my career. Sitting and hearing from these people who don’t know me and think that I am a bad person was extremely hard. I was crushed.”

#Isles News: The team has agreed to terms on a one-year contract with Robin Lehner.

The Islanders offered Lehner a new opportunity and accepted him with open arms. He quickly became a fan favorite. He went 25-13 on the Island and achieved a .930 save percentage which landed him a spot amongst the finalists for the Vezina trophy, which is given to the best goalie in the NHL that year.

While he didn’t win the Vezina trophy, he did win the Bill Masterton trophy which is given to the player who best exemplifies the qualities of perseverance, sportsmanship, and dedication to ice hockey. He then delivered a speech about mental health and his journey in the NHL.

On July 1, the first day of free agency for NHL players, Lehner shocked everyone when he signed with the Chicago Blackhawks. According to Lehner, the Islanders had decided to go in another direction.

#SameHere is an expression which means: I’ve faced challenges in life too. Those challenges have affected my mental health. It’s a sign that we hope will unite the world to once and for all, normalize how universal this topic is. pic.twitter.com/gWsuDIwkMR

His custom helmet also advocates for mental health issues and he continues to drive the conversation about mental health in Chicago. His record in Chicago is 15-8 with a .923 save percentage.