Thousands of South Korean couples, many wearing facemasks, were married in a mass Unification Church wedding ceremony amidst growing concerns of coronavirus outbreak in the country, according to Agence France-Presse.

Nearly 6,000 couples from 64 countries dressed in identical formalwear as they simultaneously said their vows in Gapyeong, a county in Gyeonggi Province in South Korea. 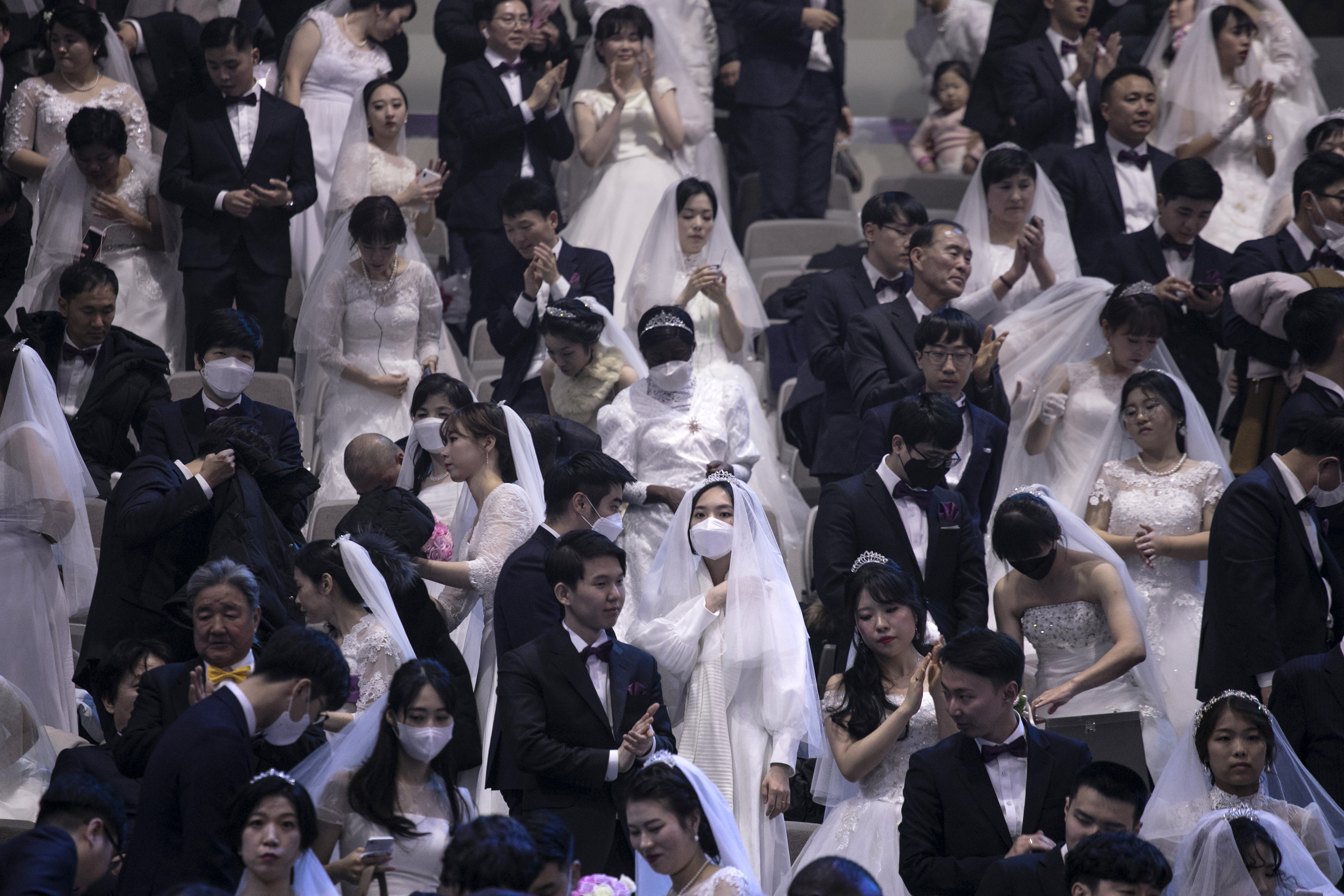 There have been 24 cases of the coronavirus in South Korea, which first sprung up in China in late 2019 where over 30,000 cases have been confirmed. (RELATED: Is This Objectively Disgusting Soup What’s Causing China’s Disease Outbreak?)

K-pop concerts and many other public events have been cancelled in the wake of growing fear that large crowds could encourage spreading of the virus.

“I am overwhelmed that I am getting married today,” 21-year-old student Choi Ji-young told Agence France-Presse.

According to AFP, Choi was matched with her husband by the church just two months prior to the ceremony.

“It would be a lie if I said I was not concerned at all about the infection,” Ji-young said. “But I feel like I will be protected from the virus today.”

The mass weddings started small in the 1960s but increased in number over the years. In 1997, over 30,000 couples participated in the event in Washington, and 21,000 in 1999 in Seoul. (RELATED: Corona Is Confident Its Consumers Won’t Confuse Their Product With The Coronavirus Disease)

Despite authorities having also requested that religious groups coordinate their services to prevent further transmission, the church proceeded with the mass wedding ceremony, stating the event had been “four years in the making”

The event coincided with the celebration of the 100th anniversary of the birth of the church’s founder and self-proclaimed messiah, Sun Myung Moon, said official Jang Young-chul.

Chinese church members were asked not to attend, Young-chul added.

In the late 1970s and 80s, Moon was notorious for conducting mass weddings and encouraging young church followers to attend church camps where members endured 16-hour fundraising sessions, according to the Guardian.

The church requires couples who are matched to swear that they are virgins under oath and must abstain from intercourse for at least 40 days after the ceremony. (RELATED: ‘Worse And Worse’: China Quarantines 11 Million People In Wuhan To Try To Halt Coronavirus Outbreak)