The Trump administration’s Department of Housing and Urban Development has proposed new rules for Affirmatively Furthering Fair Housing (AFFH), slightly rolling back the rules put in place at the end of Barack Obama’s presidency. While the proposed rule has provoked a freak-out in the media — the Washington Post’s editorial board called it a “disturbing retreat” — in reality the proposed rule doesn’t go far enough in rolling it back.

HUD’s proposed rule appears to be influenced by growing pro-developer sentiment in the GOP, which has been expressed in a variety of different ways, from conservative urbanism to the counterintuitive argument that a housing shortage caused the great recession, to the YIMBY (Yes In My Backyard) movement, which offers the prospect of conservatives making inroads in overwhelmingly Democratic coastal cities. One might also note that the White House is currently occupied by a property developer. There are serious reasons to be skeptical of this growing tendency, both on political and policy grounds.

In reality what the administration’s proposed HUD rule does is change the AFFH requirement from a left-wing social engineering experiment to a right-wing attack on local control. The new rule still uses the threat of withholding HUD grant money as a cudgel, only its attack on local zoning is indirect rather than prescriptive, as the Obama-era rule was. The proposed rule enumerates several “inherent barriers to fair housing choice,” including “lack of a sufficient supply” of housing, the presence of rent control or restrictions on manufactured housing, and the worryingly vague, “inflexible or unduly rigorous design standards or other similar barriers.” (RELATED: Democrats Seek To Outlaw Suburban, Single-Family House Zoning, Calling It Racist And Bad For The Environment) 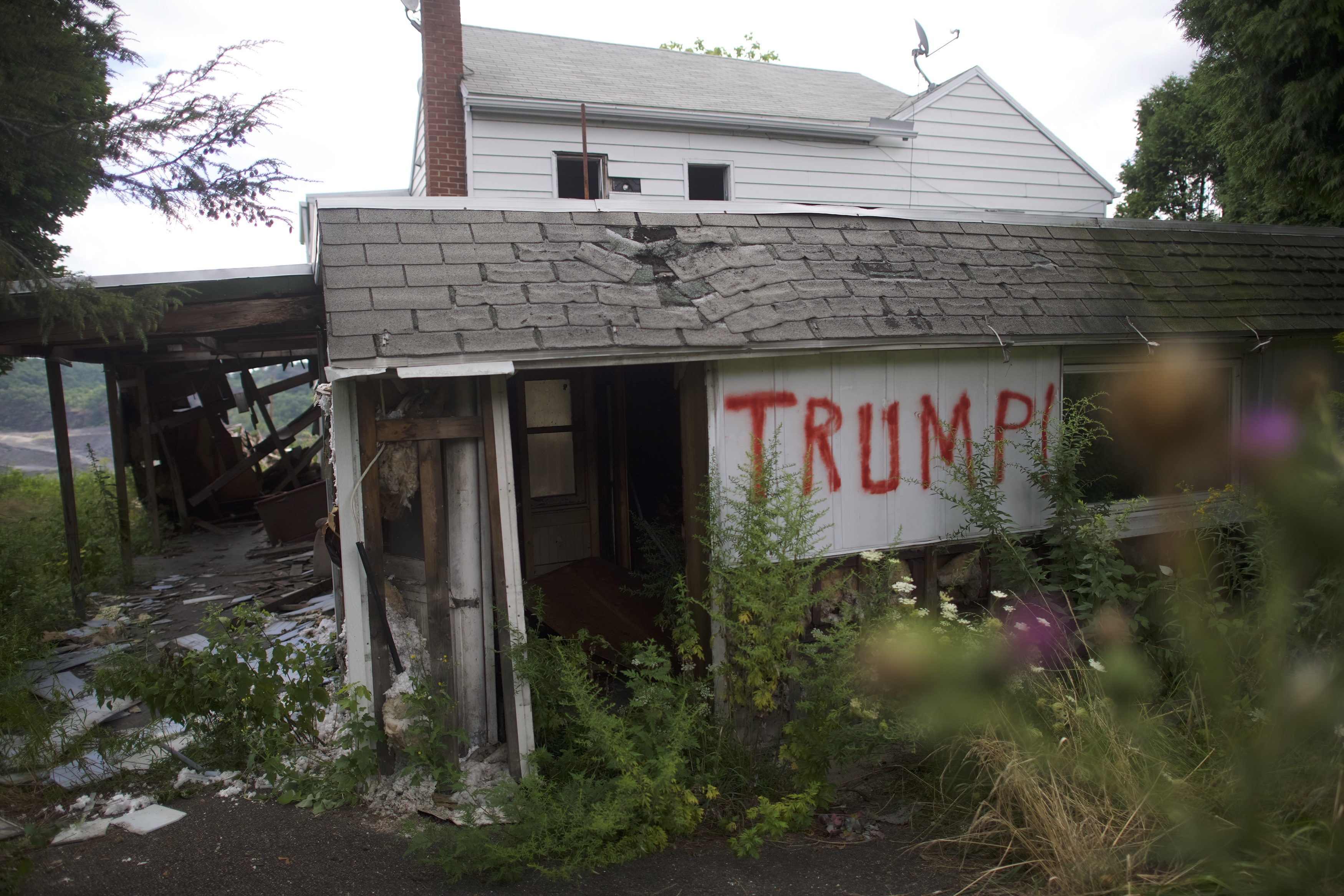 An abandoned house is spray painted “Trump!” on August 14, 2016 in Schuylkill County, Pennsylvania. This Northeastern Pennsylvania region has a rich coal mining history, but the majority of nearby coal mines have closed. (Mark Makela/Getty Images)

Conservative urbanists should take note of that last one: What is envisioned here is closer to Houston than Poundbury. Howard Husock at City Journal writes that the new rule is “pulling back, but not abolishing, these [Obama-era] rules, setting the stage for production of housing that will prove ‘naturally affordable’ because of its design and density.” Whether grant money is withheld because of some bureaucrat’s zoning analysis or because some bureaucrat decided there wasn’t enough local supply is, on the ground, likely to prove a distinction without a difference.

While the prospect of using federal power to cut through the regulatory rat’s nest of developing housing in California, for example, is compelling, it should be resisted. YIMBY-ism is attractive to right-leaning people for a few reasons: 1) it fits well with the laissez-faire anti-regulation stance they like. 2) It offers the prospect of common ground with progressives in certain places, like San Francisco, and 3) it speaks to an issue that exists where young, right-of-center political people live, namely Washington, DC or New York City. And one can’t deny that there are some cities where YIMBYism makes sense. San Francisco really does need more housing units. But most of the country is not San Francisco, and to normalize the federal arm-twisting of municipal governments in a bipartisan way is going to make it worse during the next Democratic administration.

Moreover, it is out of step with both current right-of-center political trends and the GOP’s history: Republicans have historically been the party of homeowners, whereas the Democratic Party has been the party of renters and construction unions. Renters tend to lean left while homeowners lean right. During the Bush years, the conventional wisdom about an “ownership society” was that if you could turn more renters into homeowners, that would be advantageous for Republicans. The effort to do so, at a cost of hundreds of millions of dollars a year, is widely seen as a failure, after fueling what became the subprime mortgage crisis and not increasing the proportion of homeowners significantly. And yet to the extent that the pro-development push in the GOP means “switching sides” from homeowners to renters and developers, conservatives should be wary of it for political reasons. (RELATED: Trump Quietly Signs Executive Order To Launch New Council On Affordable Housing To Battle Homeless Crisis) 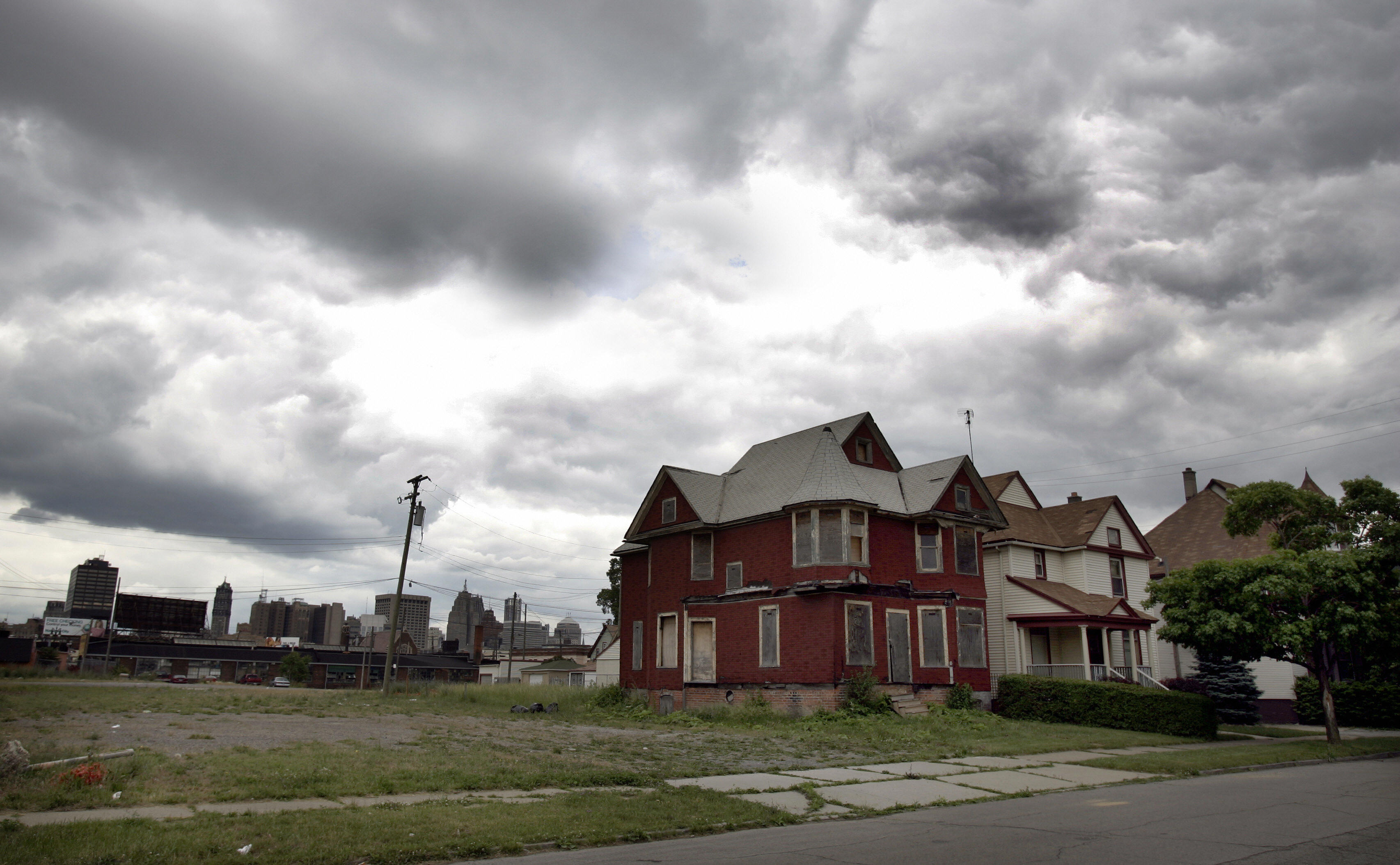 Politics has a geographic dimension. In a conversation with Michael Lind before an interview several weeks ago, he remarked that two different groups of people came into the Republican Party during the Reagan wave: former Dixiecrats in the South and the “white ethnic” Reagan Democrats of the midwest. Either one of those groups could have become the driving force in the party, but both Bush administrations had a decidedly Southern cast, with both the virtues and vices that that entails: oligarchical, pro-big business, and protestant, where it could have been union-friendly, supportive of tariffs and infrastructure development, and Catholic. The big development of Trump-era Republican politics is reversing that Bush-era polarity: when coastal journalists go to write features peering into the mind of the Trump voter, they’re almost always going to towns in the Midwest.

The reason why this matters for housing policy is that the local housing markets of these pro-Trump constituencies are even more different from those of the big coastal cities than the growing cities of the New South were. They’re declining or flattening out rather than growing, and, by and large, they do not have housing shortages. The major concern is making sure the people who still live in these places, or who have moved back, live in homes that are likely to retain and ideally grow their value, which is why Cleveland demolished around 10,000 homes as of two years ago. Making it easier to build thousands of units in Cleveland or Kansas City or Indianapolis is not going to help the people trying to bring these places out of post-industrial turpitude. In fact, it’s more likely to hurt them. (RELATED: Why These Two Democratic Candidates Have Been Involved In Bulldozing Houses)

Going YIMBY is a mistake for the GOP for both political and policy reasons: it offers very little political benefit because the areas that actually do need more housing are solidly blue and not likely to change, and it does not address the actual market conditions of the vast majority of localities in the United States, especially not the ones Trump has recently brought back into the fold.