Democratic New York Sen. Chuck Schumer sent a letter to the 74 inspectors general Monday demanding they investigate President Donald Trump for “instances of retaliation” against any and all whistleblowers.

Schumer began by citing the Trump administration’s decision to fire Lt. Col. Alexander Vindman Feb. 7 after he was a star witness amid the president’s impeachment trial.

The senator and Vindman’s attorney said the decision was done out of revenge, although the White House said Vindman’s job at the National Security Counsel was temporary and he was simply returning to his full-time position.

“These attacks are part of a dangerous, growing pattern of retaliation against those who report wrongdoing only to find themselves targeted by the President and subject to his wrath and vindictiveness,” Schumer wrote Monday.

“Because your work and the work of Congress depends on the willingness of insiders to report wrongdoing, you have a critical role in ensuring that any whistleblowers within your agency do not suffer adverse consequences for coming forward and telling the truth.” 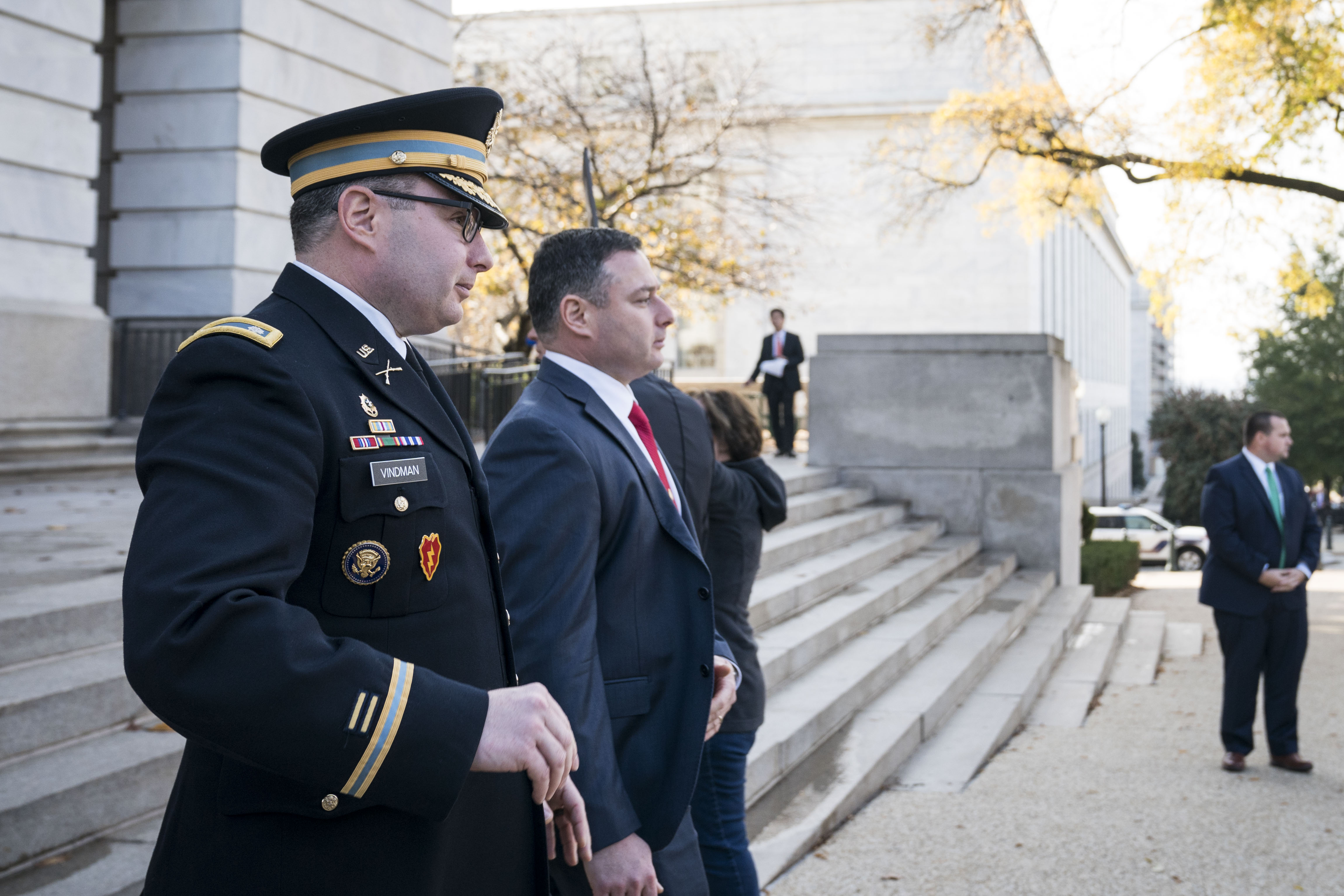 The New York senator also cited Trump’s “attempts to publicly identify the anonymous whistleblower who used the proper legal channels to initially report the President’s attempts to compromise our national security for his personal benefit.”

The whistleblower began the impeachment inquiry into Trump after filing a complaint over a phone call with Ukrainian President Volodymyr Zelensky. The whistleblower accused Trump of using his position to ask Ukraine to investigate former Vice President Joe Biden and his son, Hunter Biden, for personal gain.

“It is incumbent on you that whistleblowers like LTC Vindman – and others who put their lives on the line to protect our freedoms – are protected for doing what we hope and expect those who serve our country will do when called: tell the truth,” Schumer added in the letter, addressed to Acting Inspector General Glenn A. Fine.

Trump was acquitted on both articles of impeachment Feb. 5 after a Senate trial. (RELATED: Vindman Was ‘Deeply Troubled’ By Trump’s Effort To ‘Subvert’ US Foreign Policy. Brit Hume Points Out His ‘Huge Fallacy’)

The Council of the Inspectors General on Integrity and Efficiency did not immediately respond to a request for comment from the Daily Caller.