President Donald Trump had an unlikely ally in his fight against an anti-corruption lawsuit from congressional Democrats — Supreme Court Justice Ruth Bader Ginsburg.

Democratic Sen. Richard Blumenthal of Connecticut is leading a coalition of 186 House members and 29 senators alleging the president has unlawfully profited from foreign patronage at the Trump International Hotel in Washington, D.C., in violation of an ethics provision in the Constitution called the foreign emoluments clause. A three-judge panel of the U.S. Court of Appeals for the District of Columbia Circuit dismissed the lawsuit on Feb. 7 on technical grounds, relying in part on a 2019 Ginsburg opinion.

The lawmakers said Trump’s failure to obtain congressional approval for his business activities has “completely nullified” the votes the Constitution authorizes legislators to take on the emoluments issue, giving them a basis — or “standing” in legal parlance — for their lawsuit.

The D.C. Circuit disagreed, saying the plaintiff-lawmakers have no basis for their suit. The panel explained that individual members of a legislature have no standing to protect the legislature’s institutional interests in court. That’s because legislatures exercise power as a body through majority vote. Power does not belong to any particular member.

The Supreme Court first said as much in a 1997 case called Raines. Ginsburg reiterated that principle in her 2019 majority opinion in Virginia House of Delegates v. Bethune-Hill, a case involving a fight over racially gerrymandered legislative districts. Ginsburg’s opinion in Bethune-Hill, “puts paid to any doubt regarding the Members’ lack of standing,” the D.C. Circuit said.

“Our conclusion is straightforward because the Members — 29 Senators and 186 Members of the House of Representatives — do not constitute a majority of either body and are, therefore, powerless to approve or deny the president’s acceptance of foreign emoluments,” the decision adds.

Blumenthal said he was disheartened by the decision, but emphasized the court did not foreclose the lawsuit’s fundamental contention — that Trump’s continued business dealings violate the Constitution. (RELATED: Gorsuch Compares Nationwide Injunctions To The One Ring From ‘Lord Of The Rings’) 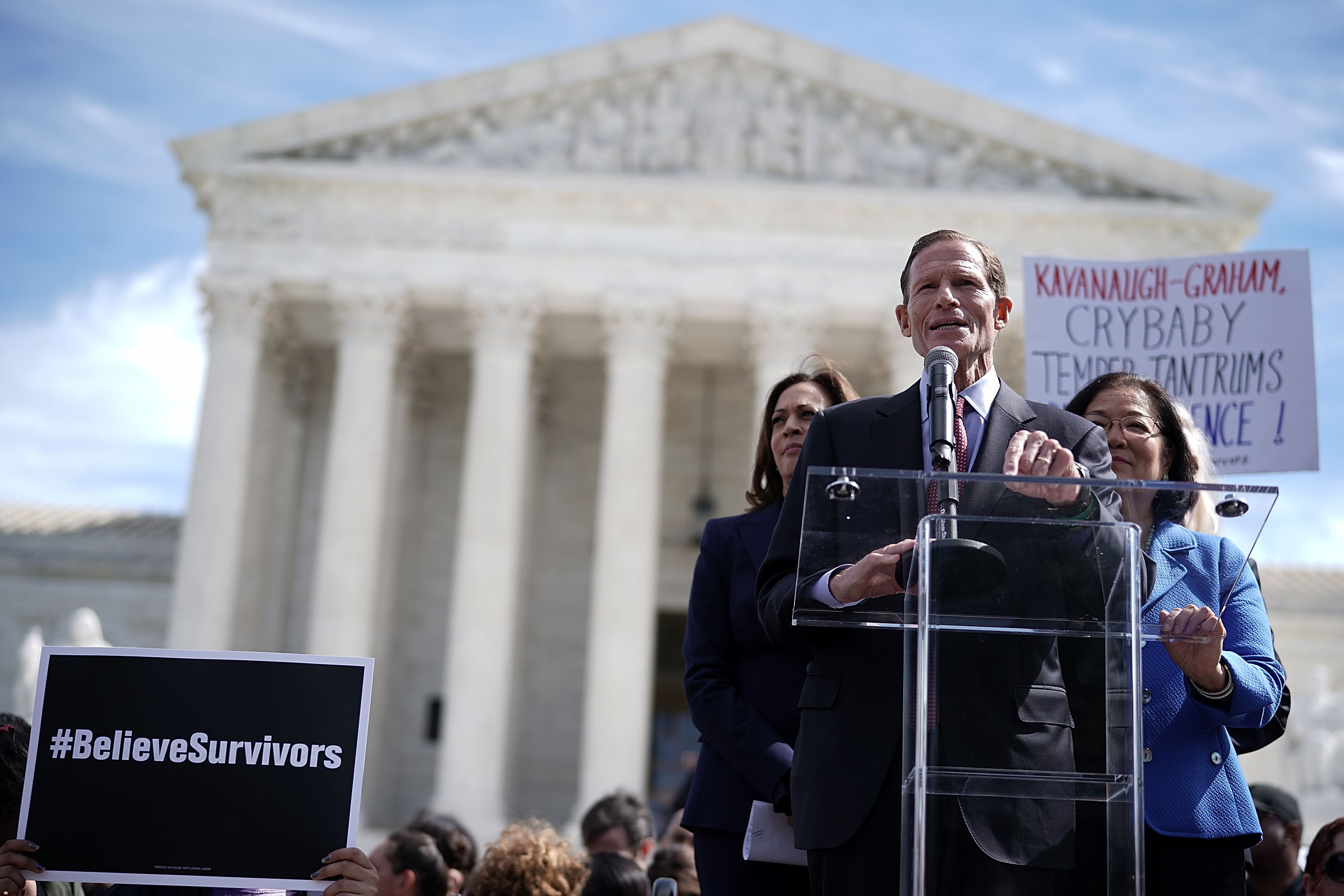 “I am deeply disappointed and alarmed by this decision,” Blumenthal said in a statement following Friday’s decision. “This dismaying decision adds to the already widespread fear that the checks on unbridled presidential power, corruption, and self-enrichment have been seriously undermined.”

“But today’s decision was not a decision on the merits of our allegations that President Trump has been defying the foreign emoluments clause, and nothing in today’s opinion changes the fundamental facts: President Trump has flagrantly and frequently violated the Constitution’s preeminent protection against corruption,” Blumenthal added.

Trump is fighting two other emoluments lawsuits. One is currently pending before the 4th U.S. Circuit Court of Appeals. Another involves his business interests in New York City.

Friday’s decision may be appealed to the full D.C. Circuit or to the Supreme Court. The case is No. 19-5237 Blumenthal v. Trump.