Former Vice President Joe Biden claimed Monday that “nobody” is accusing his son Hunter Biden of misconduct in Ukraine “except the thug Rudy Giuliani.”

The Democratic presidential candidate also expressed surprise during an interview on “CBS This Morning” that Giuliani, the personal attorney to President Donald Trump, has been sending his research on Hunter Biden’s activities in Ukraine to the Department of Justice.

Biden was informed, “Mr. Vice President, the president also has been going after your son and [Sen.] Lindsey Graham told CBS News that the Justice Department is vetting information from Rudy Giuliani about your son’s work in Ukraine. Are you concerned a federal investigation —”

“Rudy Giuliani. Look I expect Trump to do the same exact thing he’s been doing. Why has he been attacking me from the beginning?” Biden asked.

“Why would he risk getting convicted — and he should have been impeached — why did he risk getting convicted by going to a foreign leader to say, ‘You don’t have to give anyone on Biden, there’s nothing to get, but just tell me that you’re going to investigate him so I can hurt him.’  Have you ever seen a sitting president as concerned about a single nominee and trying to stop a nominee?”

On Sunday Graham told “Face the Nation” that the Department of Justice was examining Giuliani’s intelligence and that the former mayor of New York City should also be speaking to the Senate Intelligence Committee about his findings. 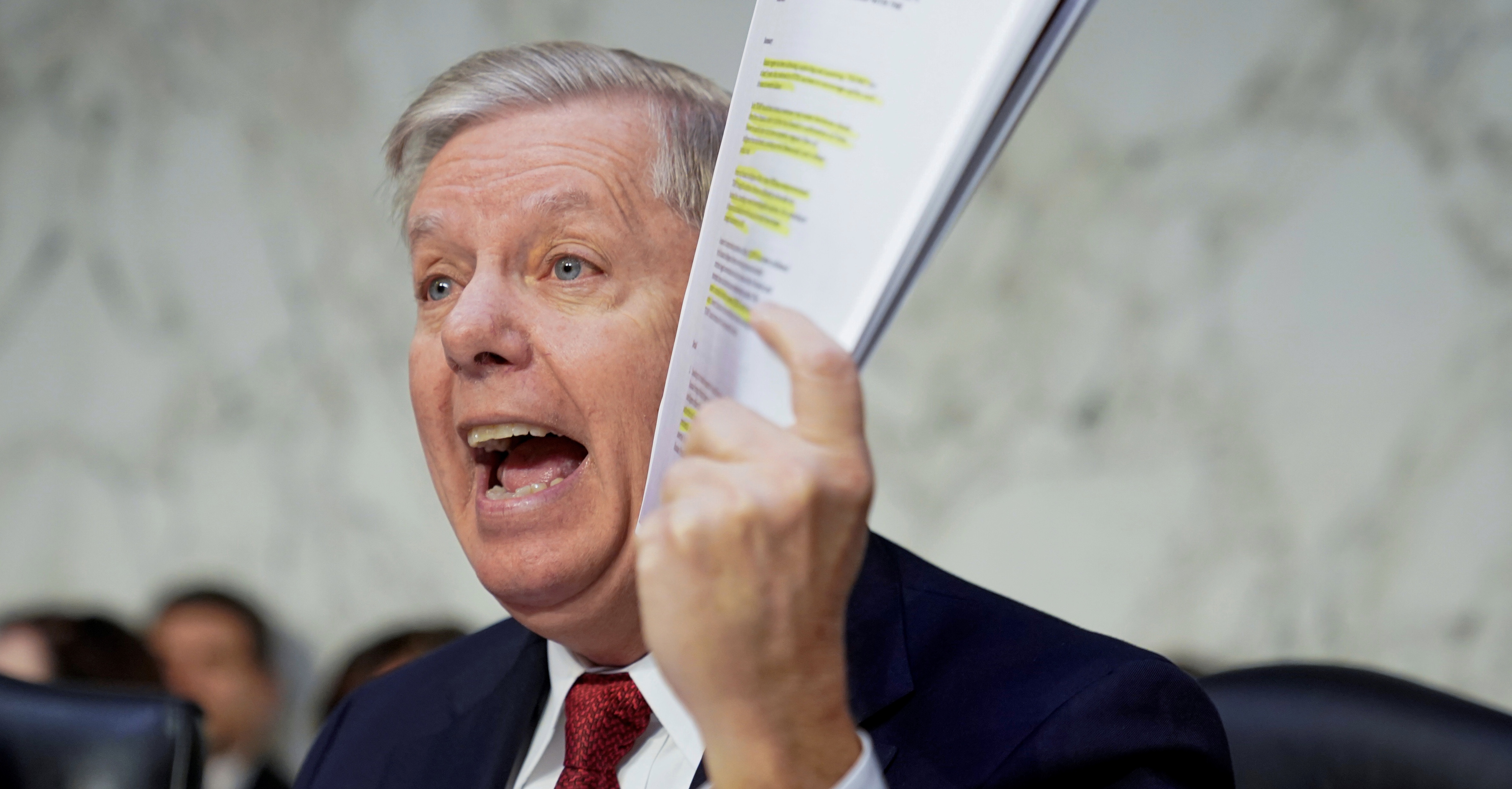 The senator, who is the chairman of the Senate Judiciary Committee, has repeatedly said he wants to begin a thorough investigation into the activities of the Bidens in Ukraine, where Joe Biden was former President Barack Obama’s point man and Hunter sat on the board of a natural gas firm, Burisma Holdings. (RELATED: Ukrainian Business Says Gas Firm Hired Biden For Protection)

Biden was asked if his “son is fair game” in an election campaign.

“I don’t think our sons are fair game at all. No one has said he has done anything wrong except the thug Rudy Giuliani. Come on, Rudy Giuliani as a character witness?” asked Biden as he began to laugh.