Former Vice President Joe Biden in 2002 praised Russian President Vladimir Putin as the most pro-Western leader of Russia since Peter the Great and urged the United States to support him “in every way consistent with our national security interests.”

At the time Biden was chair of the Senate Foreign Relations Committee, and he made these remarks during a hearing by the committee on May 1, 2002.

“President Putin, as I have said on numerous occasions, has cast his country’s lot with the West with a determination not seen since Peter the Great,” he said. “We should assist him in every way consistent with our national security interests.” (RELATED: How Russia Views Joe Biden)

Peter the Great, the Russian monarch Biden compared Putin to, ruled during the late 17th century and is best known for transforming Russia into a major European power. He reformed Russia’s military and government according to Western standards, subduing conservative elements of Russian society in the process. Historians frequently cite Peter the Great as one of Russia’s most successful rulers. 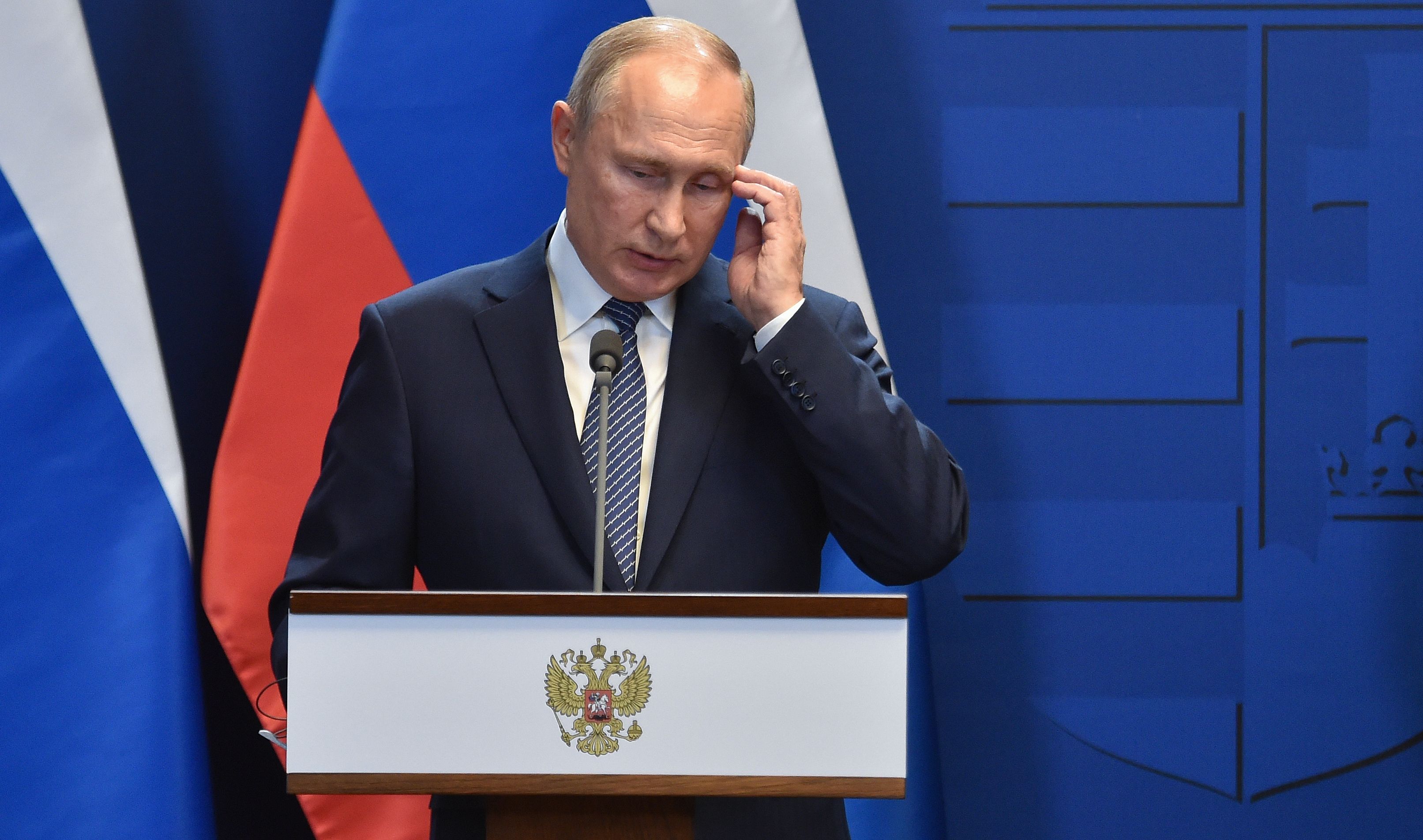 Russian President Vladimir Putin addresses a press conference with the Hungarian Prime Minister Viktor Orban at the residence of the prime minister office in Budapest on October 30, 2019. – The Russian President is on brief visit to Hungary having talks with the Hungarian prime minister. (Photo by Attila KISBENEDEK / AFP) (Photo by ATTILA KISBENEDEK/AFP via Getty Images)

Biden’s comments about Putin came at a time when the United States and Russia were still close partners in the War on Terror. Shortly after the September 11 attacks, Putin ordered his intelligence agencies to exchange information with their American counterparts, offered the United States to use Russian airspace for delivering supplies to Afghanistan, and increased military aid to anti-Taliban forces. He also gave the United States a greenlight to establish military bases in Central Asia as part of its campaign in Afghanistan.

Yet Biden’s description of Putin was still unusually effusive by the standards of the time. Other U.S. officials and politicians also praised the Russian president for his cooperation in the War on Terror, but they generally did so using a more restrained language.

The Senate Foreign Relations Committee Chair also tried to engage in personal diplomacy with Putin. In 2004, Biden revealed that he attempted to buy Putin’s support for the Iraq war by offering Russia a share of Iraq’s oil wealth, according to a transcript unearthed by the Washington Free Beacon. (RELATED: Michael Bloomberg Circa 2015 Justifies Russia’s Invasion Of Crimea)

Biden stated that during a visit by Putin to the United States in the lead up to the Iraq War, he approached the Russian president with the following offer:

“What if, in fact, President Bush would agree that the first proceeds coming from Iraqi oil would pay off the roughly $12 billion owed by direct hard currency that the Russians needed? And what about the contracts that we had if in fact we would agree to work in consortium with the Russians?”

Biden admitted that Putin was initially skeptical about the proposal, but began to warm up to the idea after they discussed the specifics. Nevertheless, the Bush administration never came around to supporting Biden’s plan. 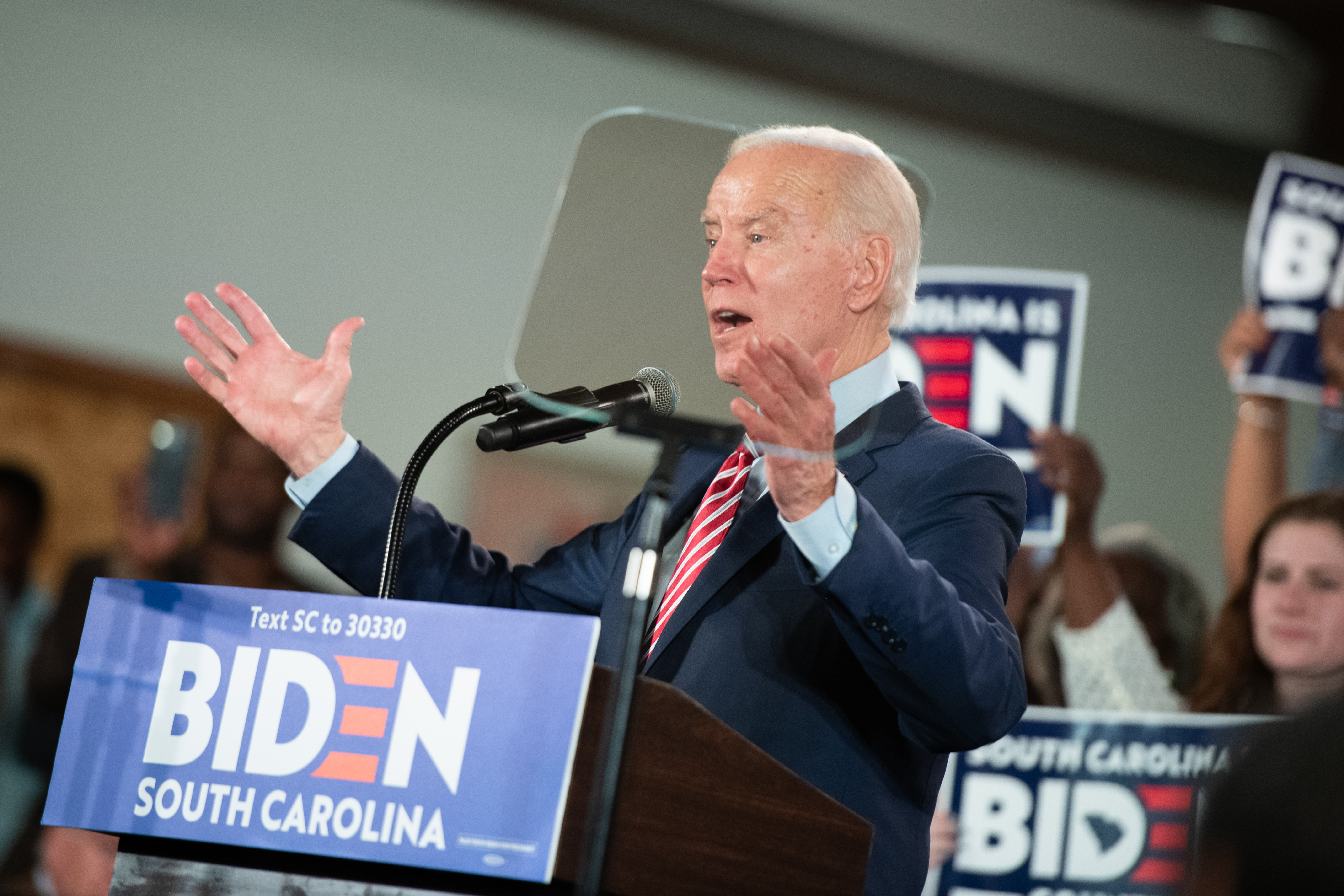 After becoming Barack Obama’s Vice President in 2009, Biden played a major role in the Obama administration’s attempted ‘reset’ with Russia, a term which he coined. The Vice President proposed establishing a Biden-Putin commission to help improve U.S.-Russian relations, but the idea was never implemented.

Biden’s position toward Russia and Putin, however, has hardened over the years. After Russia’s annexation of Crimea in 2014, Biden declared, “Russia stood alone, naked in front of the world for the aggression they had undertaken.” (RELATED: Biden Says Russian Interference Wouldn’t Have Happened On His Watch. It Did)

The former Vice President has sought to position himself as a stalwart opponent of the Kremlin during his 2020 presidential campaign, and has frequently attacked Trump for his perceived friendliness to Putin.

In October, Biden released a video asking his supporters to “chip in $5 to send the message to Putin that the American people decide elections, not him.”

“Putin knows that if I’m the President of the United States, his days of tyranny and trying to intimidate the United States and those of Eastern Europe are over,” Biden said in the video. “I’m going to stand up to him. He’s a bully, just like [President Trump].”