Virginia lawmakers passed legislation in both chambers of the state legislature that would allow illegal aliens to obtain driver’s licenses, a consequence of the state capitol’s newly minted Democratic majority.

Amid a rush before the end of the Virginia General Assembly’s “crossover” deadline Tuesday, lawmakers in both the state Senate and the House of Delegates passed separate bills allowing undocumented immigrants to legally drive on the state’s roadways. HB 1211 and SB 34 both passed their respective chambers Tuesday, the last day legislation could cross over to the other chamber for consideration.

State senators passed SB 34 by a margin of 22-18. The Senate version, which Democratic state Sen. Scott Surovell introduced, permits illegal aliens living in the state to obtain a standard driver’s license, but with certain conditions. The undocumented applicants must prove they’ve filed an income tax return, and the cards would also include text stating that it’s not a valid form of ID for federal, voting or public benefit purposes.

The House version, which Democratic Del. Kathy Tran introduced, passed by a margin of 57-42 and is largely similar to its Senate counterpart. The House bill, however, goes further by calling for the IDs to be conventional driver’s licenses. 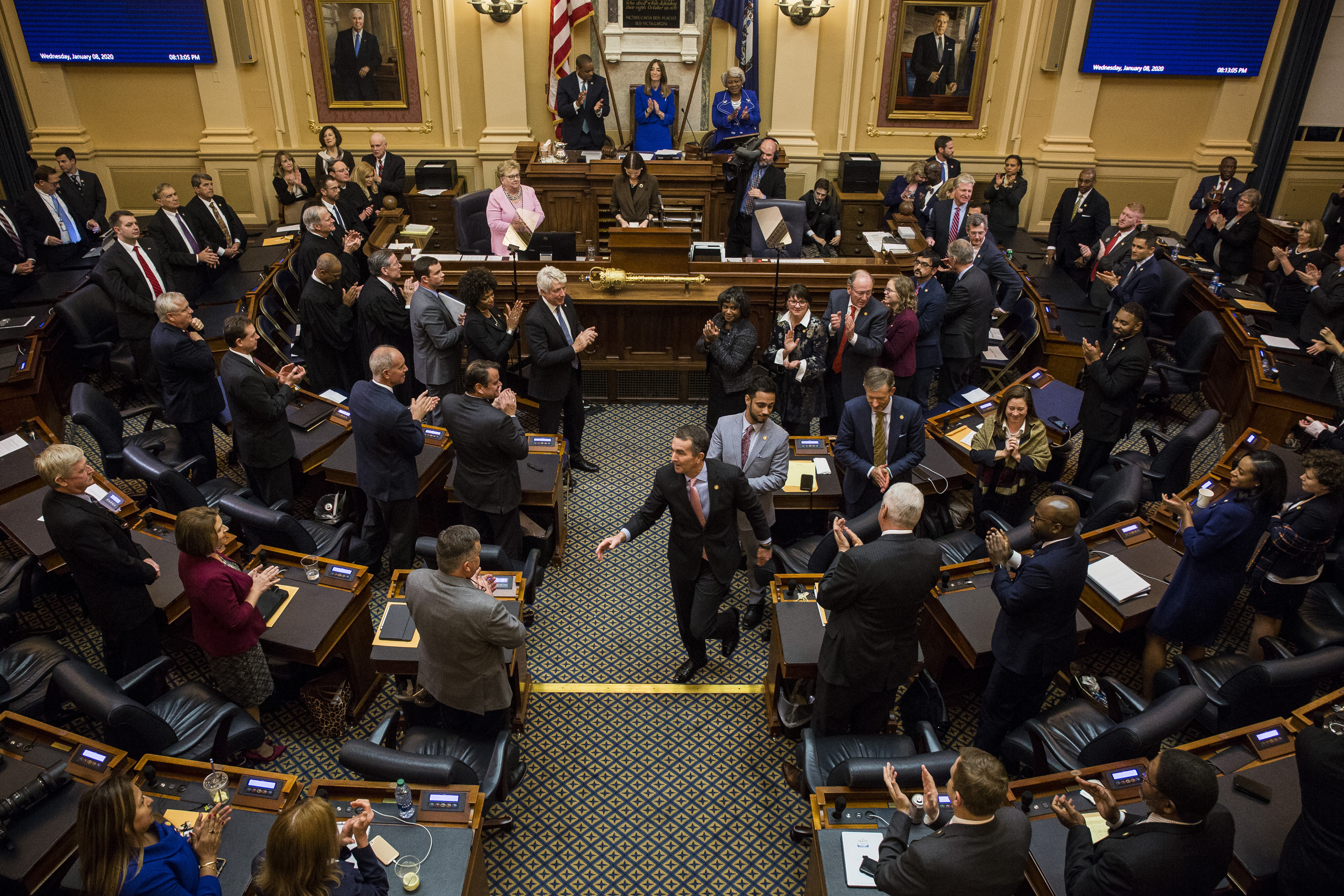 Gov. Ralph Northam departs after delivering the State of the Commonwealth address at the Virginia State Capitol on Jan. 8, 2020 in Richmond, Virginia. The 2020 legislative session began today under Democratic control. (Photo by Zach Gibson/Getty Images)

The unprecedented votes make Virginia poised to become the next state to allow illegal aliens to apply for drivers licenses — following in the footsteps of 14 other states. New York implemented a similar law in December 2019, and the governor of New Jersey signed into law a related bill that same month. The passage of such laws come as progressive states and localities across the country are pushing back against the Trump administration’s crackdown on illegal immigration.

Virginia Democrats have introduced similar bills in the past but have been unsuccessful under years of Republican rule in the state capitol. That has changed since Democrats won full control of the Virginia legislature for the first time in a generation.

Newly empowered Democrats have been busy this legislative session, passing a slate of progressive bills that include abortion access, LGBT rights, collective bargaining for unions, marijuana decriminalization and other legislative activity. Virginia Democrats also passed a package of gun control measures, including a ban on the sale of “assault weapons.” (RELATED: ‘The Most Radical Piece of Immigration Legislation’: Experts, GOP React To Democratic ‘New Way Forward’ Bill)

Republicans in the state responded to progressive agenda, with the state party saying it will lead voters back to their tent this election year.

“The United States needs to work on fixing the crisis at the southern border before we start granting rights to non-citizens. Between this and the radical anti-Second Amendment legislation that Democrats are ramming through, the left has given Virginia plenty of reasons to vote Republican in 2020 and beyond,” Virginia GOP spokesperson John March said in a statement to the Daily Caller News Foundation.

It’s not immediately clear if Democratic Gov. Ralph Northam is prepared to sign into law a bill giving illegal aliens the right to drive.