Former Vice President Joe Biden and 2020 presidential candidate Mike Bloomberg are both running for the opportunity to challenge President Donald Trump in the 2020 presidential election and are both vying for the “moderate” lane within the Democratic party. Both candidates also have a track record of “soft on China” policies and statements which could be a potential weakness in a general election, especially against the current president, who has campaigned on a “tough on China” platform.

The most obvious example of China weakness comes courtesy of Bloomberg from an interview he did with Firing Line with host Margaret Hoover. Bloomberg insisted that China’s communist party “listens to the public.” He continued and said that China’s president, Xi Jinping, is not “a dictator,” and that “he has to satisfy his constituents” and when pressed by Hoover, doubled down on this point, continuing to insist that Xi Jinping has to answer to “constituents.” (RELATED: US Blacklists Chinese Firms For Role In Abuse Of Muslim Minorities)

.@MikeBloomberg tells @FiringLineShow that China’s leader is addressing pollution to satisfy constituents & secure his political future.
“The Communist Party wants to stay in power in China and they listen to the public,” he says. pic.twitter.com/B9SoAXJwrM 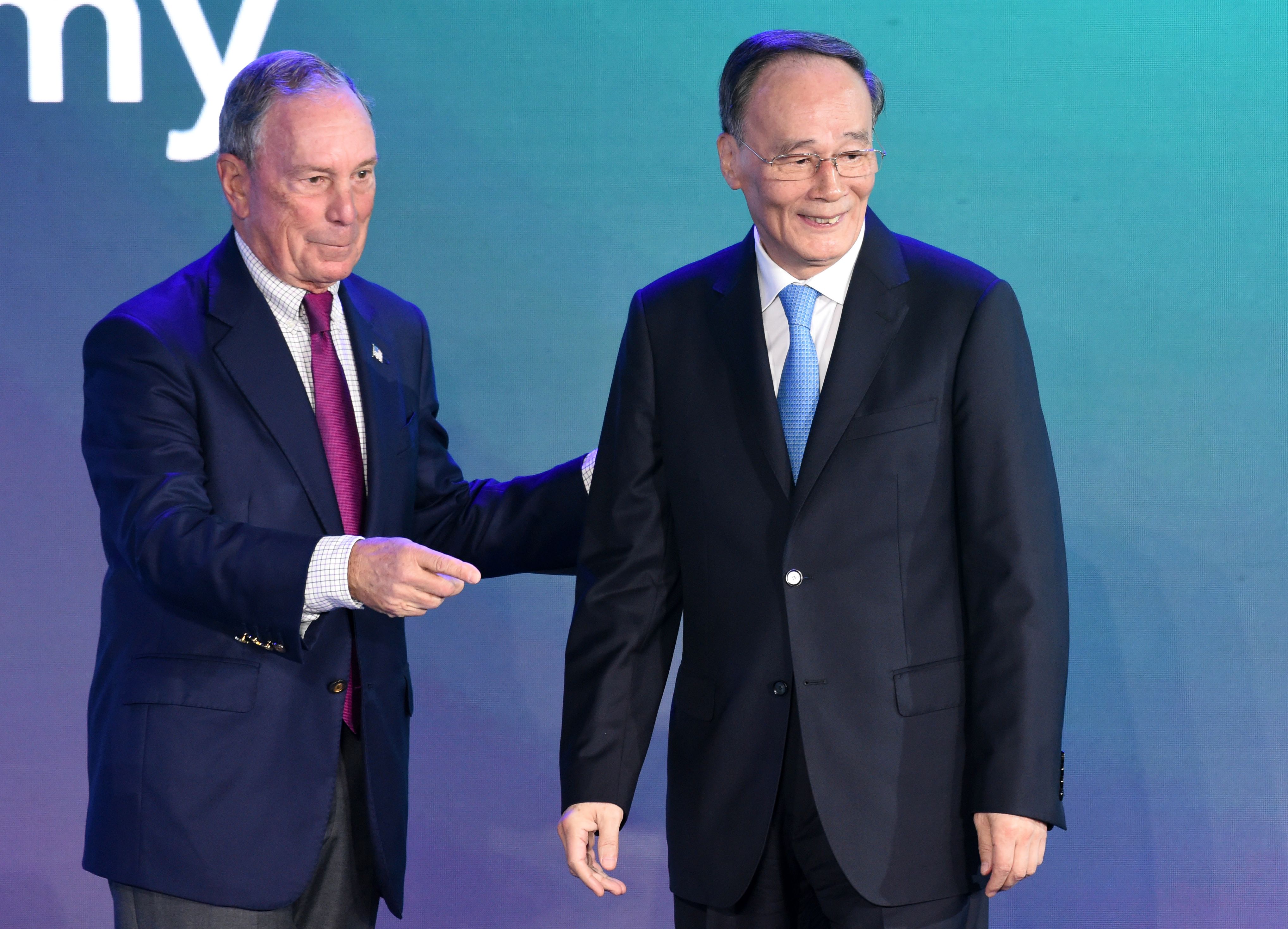 Bloomberg also has extensive business connections with China and has a history of arguing against the confrontational economic stance that Trump has taken towards China. Bloomberg LP, Bloomberg’s privately held company, has helped to finance hundreds of Chinese companies by sending billions of dollars into the Chinese bond market, according to Josh Rogin, writing for the Washington Post. Bloomberg Barclays Global Aggregate Bond Index is invested in 364 Chinese firms, including 159 run by the Chinese government, according to the Washington Post.

The China connections possibly extend past Bloomberg LP and into the candidate’s news publication. In 2013, the New York Times reported that a reporter was suspended over an unpublished article that employees alleged was not published for “political reasons,” quashed by “top Bloomberg editors.” The editor-in-chief Matthew Winkler has denied that the article was killed.

Lastly, Bloomberg has been critical of the ongoing trade war with China, saying that “we just have to find ways to work together,” and calling tariffs ineffective. While many of the current presidential candidates have taken a variety of stances on confronting Chinese economic aggression, Bloomberg’s hostility towards it deserves to be scrutinized because of his many business connections with the country. 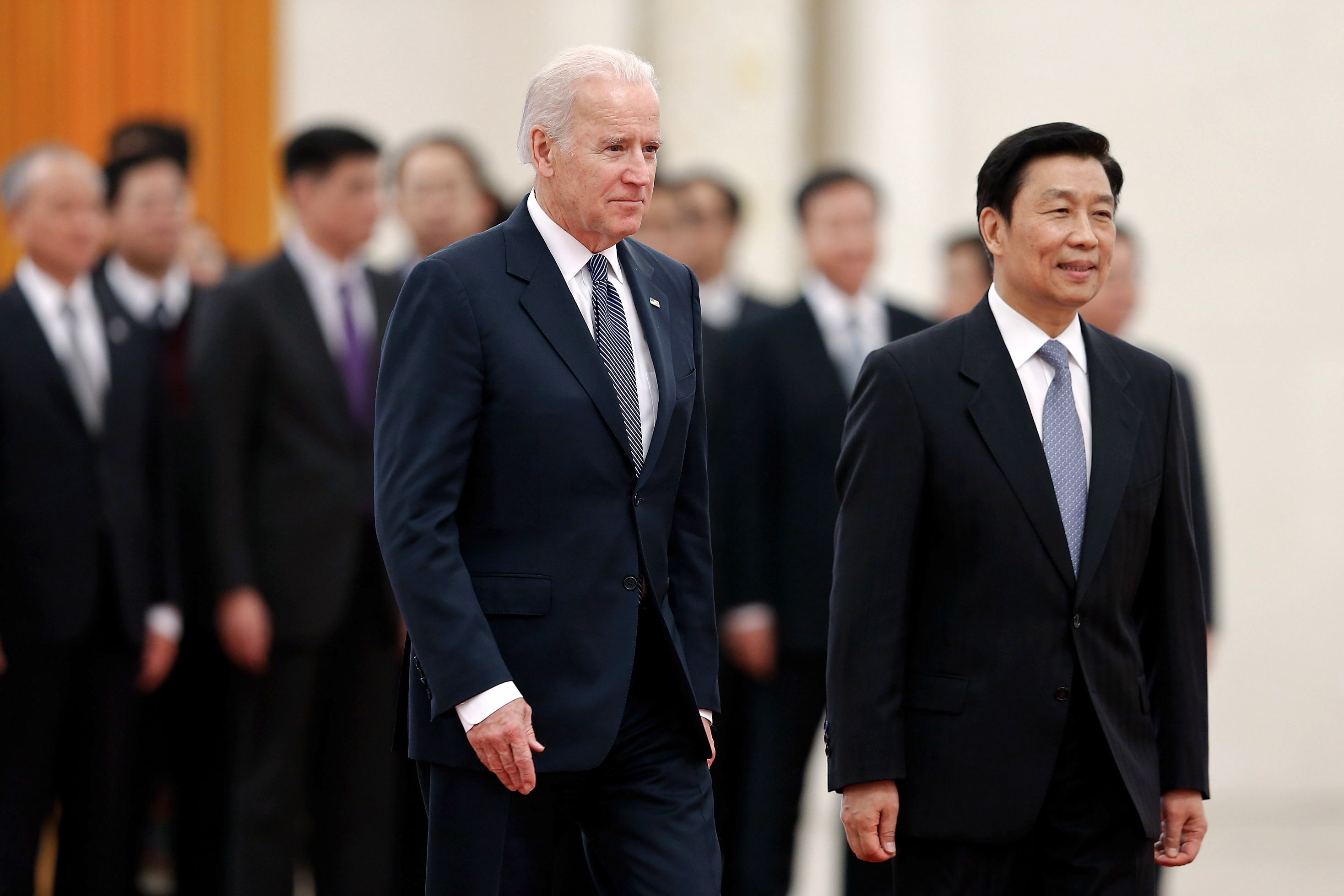 Joe Biden has a somewhat dismissive attitude towards China. According to the New York Post, at one of his stump speeches in Iowa on the campaign trail he said:

“China is going to eat our lunch? Come on, man,” he orated. “They can’t even figure out how to deal with the fact that they have this great division between the China Sea and the mountains in the . . . west. They can’t figure out how they’re going to deal with the corruption that exists within the system . . . They’re not bad folks, folks, but guess what. They’re not competition for us.”

The idea that China isn’t competition for the U.S. might have been true when Biden began his political career, but now flies in the face of conventional thought. However, it might be understandable given his family’s business interests. (RELATED: More Than A Million Jobs Went Overseas Thanks To Trade Deals Joe Biden Supported, And It Could Hurt Him In An Election)

Hunter Biden, Joe Biden’s famously incorrigible son, flew to China with his father in Air Force Two in 2013 and within two weeks his private equity firm, Rosemont Seneca Partners LLC, signed a deal with Bank of China worth 1.5 billion dollars, according to the New York Post as outlined by Peter Schweizer. Schweizer also notes that this deal took place “hours” after Joe Biden met with Chinese President Hu Jintao.

Like Bloomberg, Biden has also been critical of the ongoing trade war, saying that all it has done is result in “American farmers, manufacturers and consumers losing and paying more.” However, he has said that America needs to contain China or it will “keep moving and robbing U.S. firms.”

Both of these presidential candidates have records on China and connections to the country that deserve to be scrutinized more heavily than has been done previously. Biden’s familial business connections could be especially damaging for him, as the sort of sweetheart deal uncovered by Schweizer could potentially provide the Chinese government with leverage over Biden. Neither has endorsed a China containment policy as strong as Trump’s has been thus far, and it appears unlikely that either intends to do so.