UK Prime Minister Boris Johnson’s January announcement that the United Kingdom would not ban the use of equipment produced by Chinese telecom giant Huawei in the development of the country’s 5G network came in direct defiance of President Donald Trump’s efforts to convince U.S. allies to ban the Chinese company.

The fact that Trump has put a priority on stopping China’s lead in the race to 5G, Britain is looking for new trade partners after its split from the European Union and Huawei’s involvement in Britain’s network infrastructure could pose a threat to U.S. national security could endanger the “special relationship” between the U.S. and Britain.

Trump was “apoplectic” after Johnson’s announcement, according to Reuters. The president made a phone call to Johnson on Jan. 28, which individuals privy to the details of the call described as “very difficult.”

Republican Nebraska Sen. Ben Sasse, a member on the Senate Intelligence Committee, issued a statement on the decision that read, “Here’s the sad truth: our special relationship is less special now that the U.K. has embraced the surveillance state commies at Huawei.” 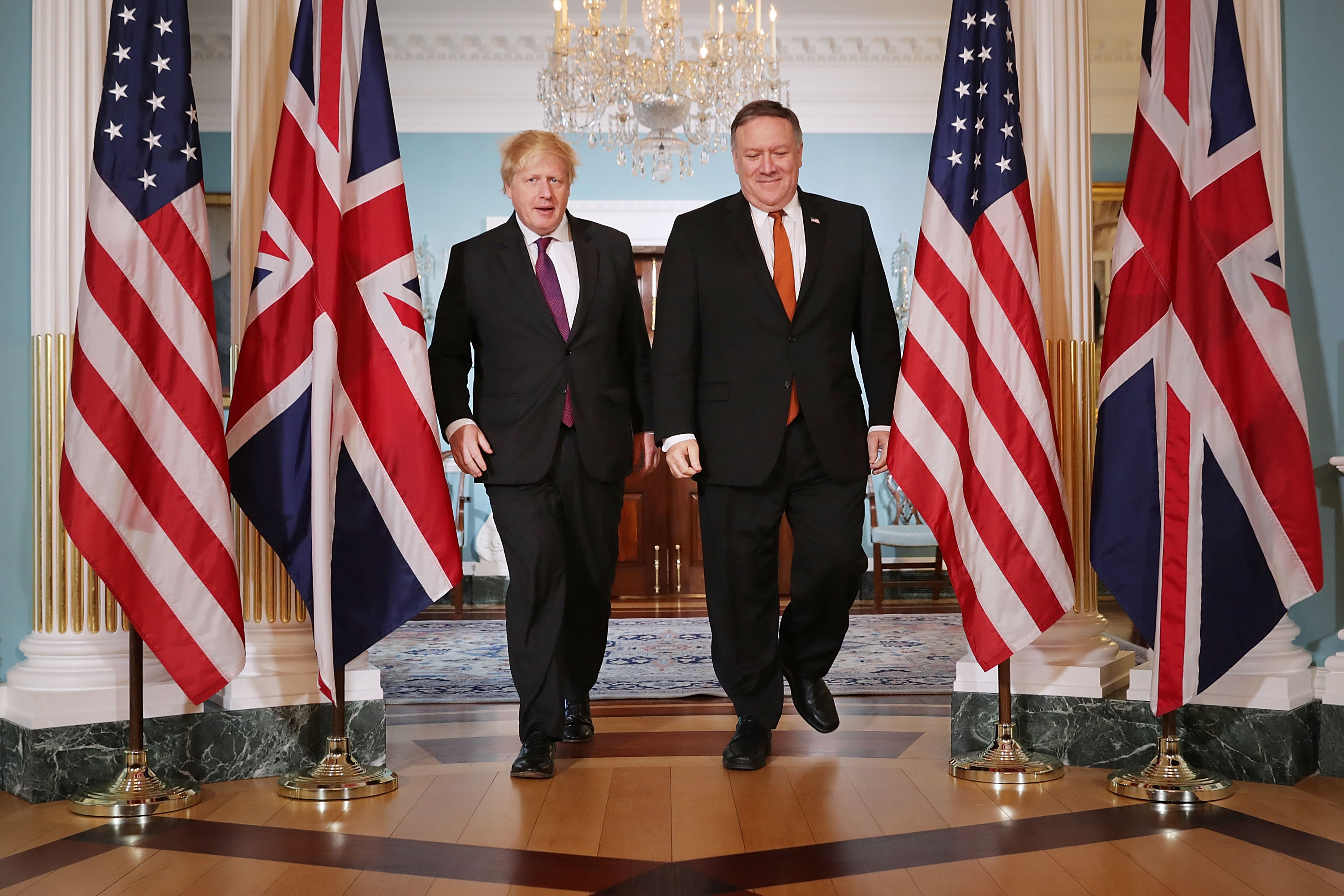 Republican Arkansas Sen. Tom Cotton also showed concern, saying, “This decision is deeply disappointing for American supporters of the ‘Special Relationship’. I fear London has freed itself from Brussels only to cede sovereignty to Beijing.” Earlier in Jan., before Johnson’s announcement, Cotton introduced a bill that would prohibit U.S. intelligence sharing with countries that utilize Huawei.

“This is a U.K.-specific solution for U.K.-specific reasons and the decision deals with the challenges we face right now,” said Secretary of State for Digital, Culture, Media, and Sport Nicky Morgan about the decision.

“It not only paves the way for secure and resilient networks, with our sovereignty over data protected, but it also builds on our strategy to develop a diversity of suppliers,” she continued.

5G is the term used to describe future mobile networks that will be able to process data at super fast speeds and will be critical to future telecom infrastructure.

The UK’s announcement shows that Trump’s campaign to curb the spread of Huawei’s, and by extension the Chinese government’s, influence on global communication and information infrastructure is in danger of failing. The Trump administration has threatened to withhold intelligence to countries that do not agree to ban Huawei, but China has countered that threat by threatening countries with economic retaliation if they do ban the company. (RELATED: REPORT: Google Distances Itself From Huawei After Trump Blacklists On Some Foreign Tech)

The U.S. government claims that Huawei has stolen information from networks that it runs and that it is beholden to the Communist Party of China. The Chinese company could also pose a national security risk to the U.S. and its allies if it is allowed to help implement part of a 5G network. Under Chinese law, any Chinese company, including Huawei, is required to give aid to the government when requested. Chinese companies are also required to hand over any information requested by the government. Therefore, Huawei could take vital information from any 5G network that it helps operate and hand it over to the Chinese government on request. A study released in July 2019 revealed the over 100 Huawei officials had ties to Chiense intelligence agencies.

The part of U.S-U.K. relations that is most vulnerable to the Huawei announcement is the proposed trade deal between the two nations in response to the UK’s departure from the European Union. Both Secretary of State Mike Pompeo has announced that Britain’s decision on Huawei will not affect negotiations, but several intelligence officials have warned that the decision may cause a rift between the two nations that could threaten the trade deal. British government officials have stressed that a trade deal with the United States is a priority for post-Brexit Britain. 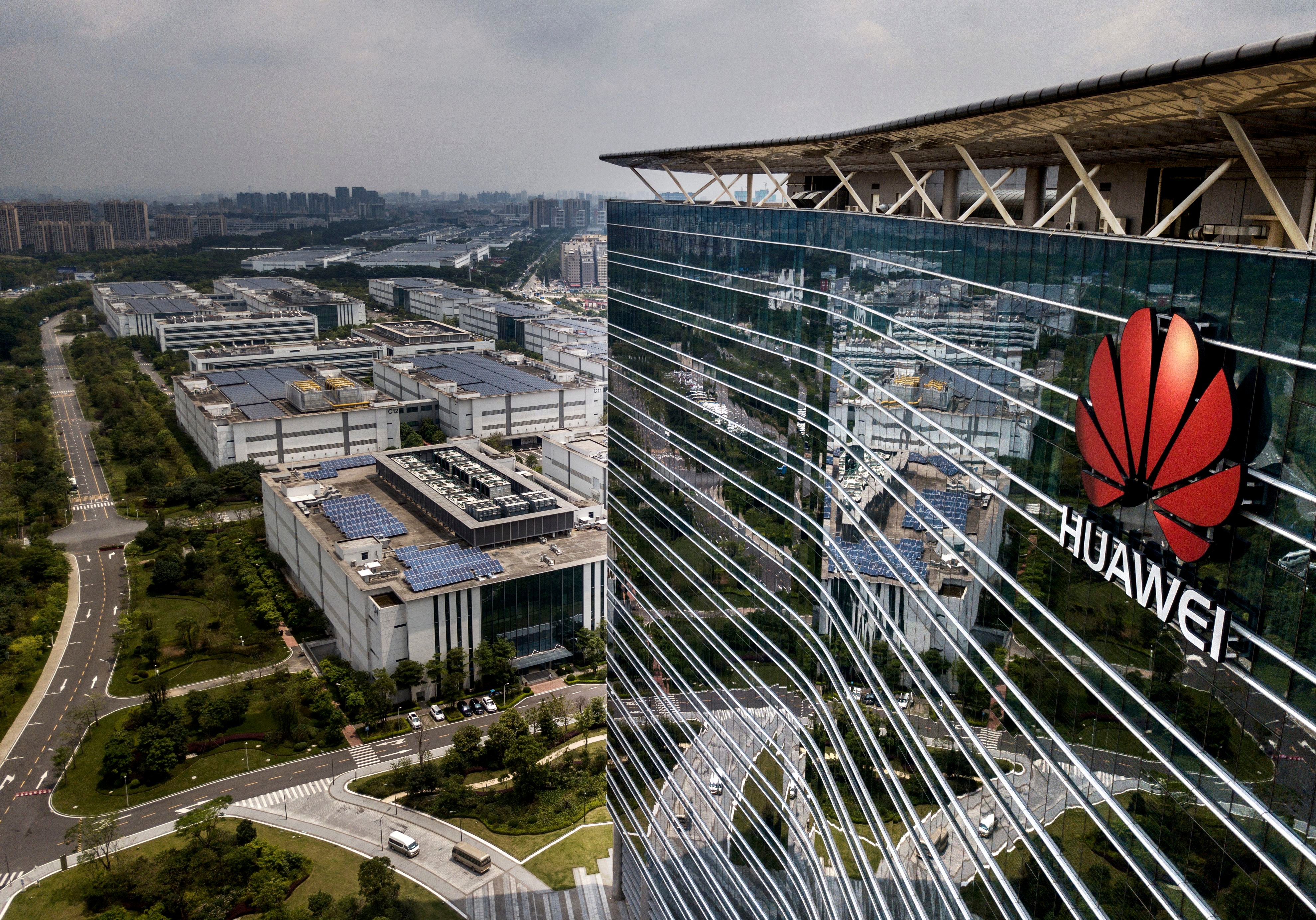 DONGGUAN, CHINA – APRIL 25: The Huawei logo is seen on the side of the main building at the company’s production campus on April 25, 2019 in Dongguan, near Shenzhen, China. (Photo by Kevin Frayer/Getty Images)

The UK’s decision could also pose a danger to U.S. national security because of both nations’ participation in the “Five Eyes” intelligence sharing program. Under the program, which also includes Australia, Canada and New Zealand, the two nations share crucial intelligence on terrorists, cybersecurity threats and foreign actors that is not shared with other countries and organizations, including NATO, primarily shares intelligence procured from intercepted signals is used to monitor billions of private communications worldwide.

According to the U.S., if Huawei gains access to Britain’s 5G network, it could steal intelligence secrets at the behest of China as well as gain access to U.S. intelligence reports through the sharing program.

Attorney General Bill Barr has suggested that the United States purchase controlling stakes in the Finnish company Nokia and Swedish firm Ericsson, the two largest competitors of Huawei, in order to create a united front against Huawei’s growing influence. The U.S. does not currently have a realistic competitor to Huawei. (RELATED: Huawei, A Corporate Pariah In America, Sues Verizon As It Clings To The American Market)

“We have to make a decision on the horse we’re going to ride in this race,” Barr said. “Who is the 5G equipment supplier or suppliers that we will rely on to compete against Huawei around the globe to win contracts from operators and blunt Huawei’s drive to domination?”

Barr then noted that there had been proposals for the U.S. to buy a controlling stake in one or both of Huawei’s rivals. “Putting our large market and financial muscle behind one or both of these firms, would make it a far more formidable competitor and eliminate concerns over … their staying power,” he added.

Britain’s announcement that it would allow Huawei to participate in the construction of its 5G network represents a threat to the relationship between the two countries. Not only could a possible new trade deal be in jeopardy, but the two countries’ intelligence sharing alliance could also come into question.