The Justice Department on Friday ended its investigation into whether Andrew McCabe lied to the FBI about his role in leaking to the media, an agency official told lawyers for the former FBI deputy director.

“Based on the totality of the circumstances and all of the information known to the Government at this time, we consider the matter closed,” J.P. Cooney, the chief of the Justice Department’s fraud and public corruption unit, said in a letter to McCabe’s lawyers.

The FBI fired McCabe on March 16, 2018 upon the recommendation of the bureau’s Office of Professional Responsibility. 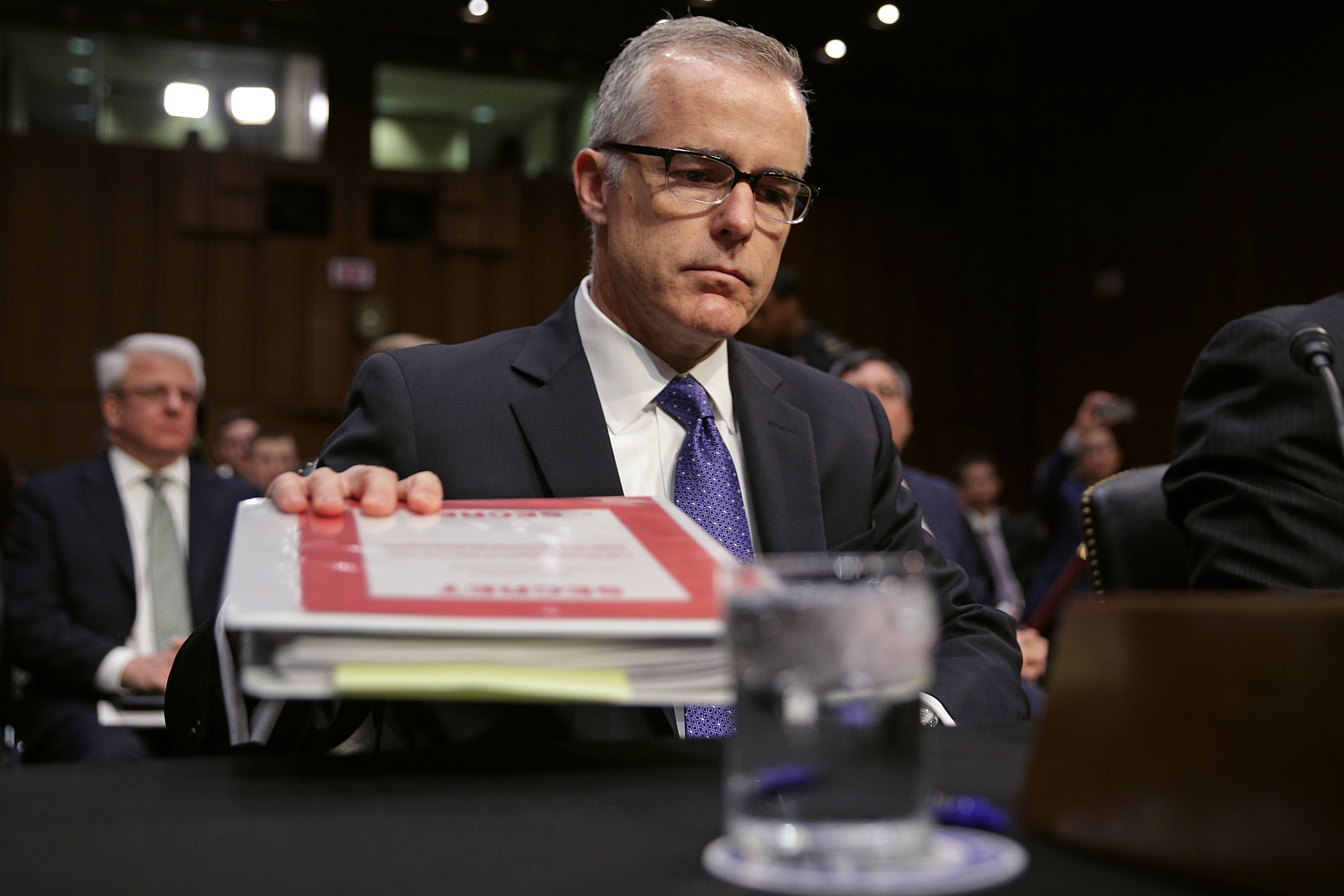 Acting FBI Director Andrew McCabe and the other heads of the U.S. intelligence agencies prepare to testify before the Senate Intelligence Committee in the Hart Senate Office Building on Capitol Hill May 11, 2017 in Washington, D.C. (Photo by Alex Wong/Getty Images)

McCabe has denied lying to investigators. He has also sued the FBI and Justice Department, saying he was illegally fired due to pressure from President Donald Trump.

Prosecutors have quietly pursued a case against McCabe, including through the use of a grand jury.

The development on the McCabe saga comes amid a week of chaos involving another case being handled by Washington, D.C., prosecutors.

That office recommended Monday that Trump confidante Roger Stone receive up to nine years in prison on charges that he made false statements to Congress and tampered with a witness. Trump called the recommendation “disgraceful” and a “miscarriage of justice.”

The same office is handling the case of former national security adviser Michael Flynn, who pleaded guilty on Dec. 1, 2017 to making false statements to the FBI during a White House meeting on Jan. 24, 2017.

Flynn has recently tried to withdraw his guilty plea, and now says that he never lied in the White House interview. (RELATED: McCabe Urged Flynn To Meet With FBI Without His Lawyers)

The Flynn case has sparked conservatives’ ire in part because of McCabe’s involvement in the matter.

McCabe arranged the White House interview with Flynn. Peter Strzok, the now-disgraced former FBI counterintelligence official, took part in the interview. Documents from Flynn’s case show that McCabe contacted Flynn just before the White House meeting and suggested that he did not need a lawyer present for the interview.

Flynn accepted the request and spoke with Strzok and another FBI agent about conversations he had a month earlier with Russian Ambassador Sergey Kislyak.