During an address at the White House on Friday, President Donald Trump invited up on stage the granddaughter of a 92-year-old woman allegedly raped and murdered by an illegal alien.

Trump hosted members of the National Border Patrol Council at the White House on Friday to speak about various immigration issues. Throughout his speech, the president touted a number of accomplishments his administration attained, such as reduced border crossings, record prosecutions and other achievements.

Near the end of his speech, Trump invited on stage Daria Ortiz — the granddaughter of the late Maria Fuentes. An illegal alien allegedly raped and murdered Fuentes in New York City in January, and her death has since sparked a national debate on the consequences of “sanctuary” policies.

“I’d like to take this moment that my grandmother was very generous and educated. She was a woman who dedicated her time to taking care of others,” Ortiz said, noting that her grandmother, who was born in the Dominican Republic, previously worked as a secretary for the president of her native country before emigrating to the U.S.

“She’s a shining example of when people come legally to this country, work hard, and do the right thing, and are law-abiding citizens. My grandmother raised her children and her grandchildren, while working hard, to give us a future,” Ortiz continued.

“Unfortunately, my grandmother had to be the example of why something like this horrific crime should never happen,” she added.

Fuentes was walking outside in New York City in January when she was allegedly attacked by Reeaz Khan, a 21-year-old Guyanese national living in the U.S. illegally. Surveillance footage showed what appears to be Khan approaching Fuentes on the night of her attack, the two falling out of view behind a vehicle, and minutes later Khan is allegedly seen running away. (RELATED: ICE Slaps Another ‘Sanctuary’ State With Subpoenas In Bid To Force Cooperation)

Fuentes was later rushed to a hospital, where doctors discovered her to have broken ribs, a fractured spine, internal hemorrhaging, and tears into her vagina. The 92-year old woman ultimately died of her injuries.

As it turns out, this was not Khan’s first run-in with law enforcement. He had been previously arrested in November 2019 for allegedly assaulting his father. While in local custody, Immigration and Customs Enforcement (ICE) lodged a detainer for Khan, asking authorities to hold on to him so they could make an apprehension.

New York City, however, refuses to honor most ICE detainers, and authorities released Khan back into the public where he later allegedly killed Fuentes. 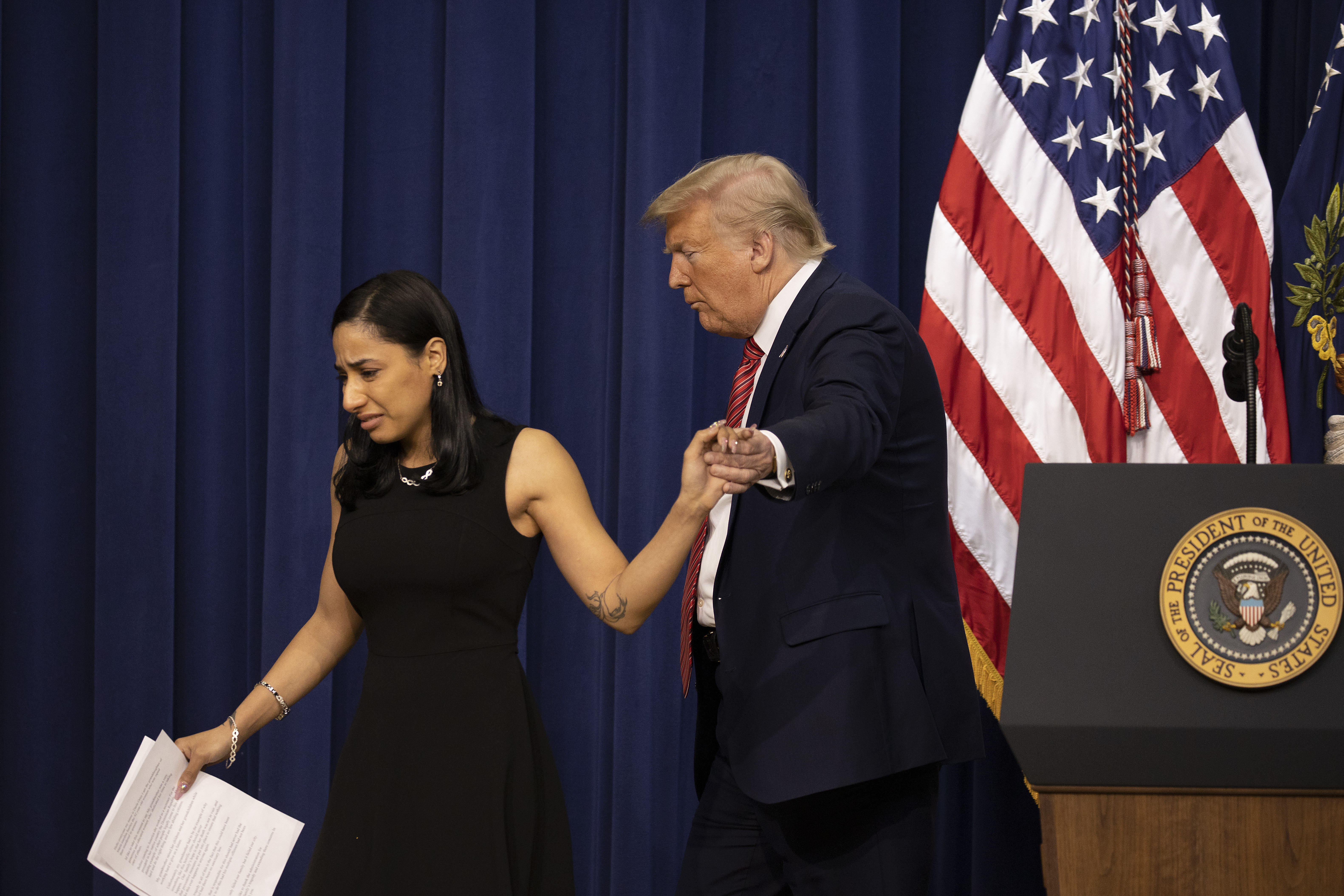 Ortiz, fighting back tears, recounted the story Friday. The woman said the system “failed” her family, but she hoped her grandmother’s death would spark action against “sanctuary” policies.

“Our family’s hope is that her death was not in vain, and that preventative measures are put into place to ensure that nothing like this ever happens to anyone ever again. The tragedy in all of this is that is could have been avoided had their been no sanctuary law,” she said. “The tragedy is my grandmother is never going to be here again.”

“The man that is responsible for this should never had the opportunity to do this had his multiple offenses not been ignored. The system not only failed our family, but it failed our city,” Ortiz continued. “Our family would like to thank the administration for acknowledging my family’s tragedy and extending their concerns at this tragic time.”