Rockets hit near the U.S. Embassy in the Iraqi capital of Baghdad early Sunday morning but left no American casualties, according to a military spokesperson.

The rockets targeted the Iraqi base hosting U.S. troops and coalition forces in Baghdad’s militarized Green Zone around 3:30 a.m., Colonel Myles B Caggins III, a U.S. military spokesperson, said in a statement. (RELATED: One Injured In Rocket Attack On US Embassy In Baghdad)

Currently, no organization or country has taken responsibility for the attack.

The attack is the latest development as tensions in the region have risen following the U.S.’s killing of Iranian General Qasem Soleimani with a drone strike last month. In response to the Soleimani’s death, Iran on Jan. 8 launched missiles at Iraq’s Ain al-Asad Air Base resulting in 109 American troops suffering from traumatic brain injuries, Axios reported. 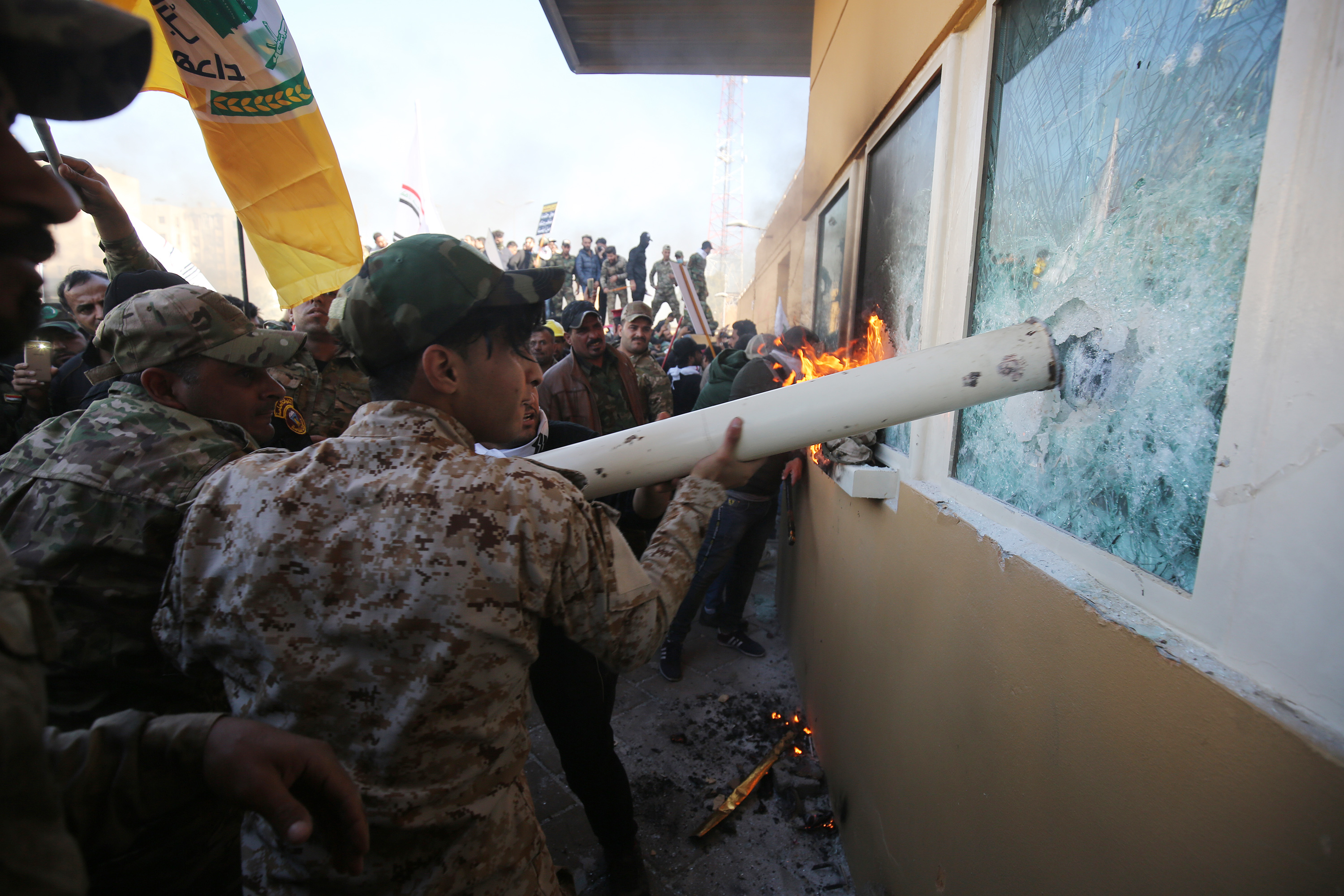 In December, the Baghdad Embassy was attacked by Iraqi supporters of Iranian-backed militias, causing fire damage and smashed windows to the outer region of the facility. U.S. military forces responded with tear gas and dispersed the crowd after days of demonstrations.

The Iraqi Prime Minister previously requested the U.S. to begin removing all military forces from the country, but received an unequivocal denial from the State Department in January.