Only a short while ago drone technology seemed like it was light-years away. Today, drones are used in seemingly limitless industries: delivery, photography, military and videography are just some of the ways they’re being harnessed.

But like the dawn of the modern PC, most of the population still isn’t quite sure what to look for in a drone. You might be surprised at the price-point (both low and high) of some modern drones, so here’s a list of the coolest consumer drones on the market for you fly, photograph and have fun with.

Starting with one of the most popular models, the DJI Mavic Air is reasonably priced (starting at $700) for what it’s capable of doing. 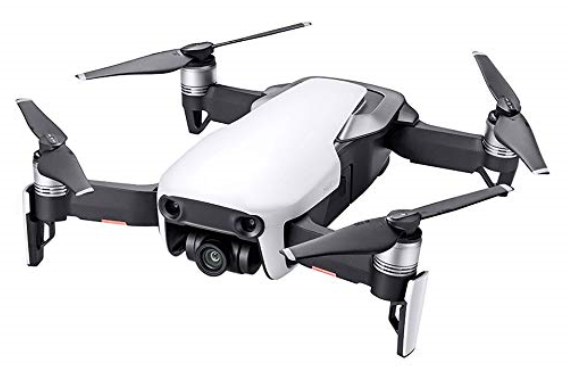 DJI is the most noted brand in consumer drones, often compared to Apple in that manner. The Mavic Air is small, portable and maneuverable, all while being able to shoot footage in 4K.

This drone essentially let’s you become a Jedi, using hand gestures to lift-off, land and take photographs. Maybe you’re more of a Pokémon master? A peace sign tells the drone to snap a photo, and among it’s many impressive features, its camera still captures video in 720p from 2.4 miles away.

An obvious upgrade from the Mavic Air at $1,699, the Phantom 4 Pro is a photographer’s BFF. Considered the safest model the company manufactures, this drone has front and rear sensors for collision detection as well as infrared sensors to keep itself aware of its whereabouts. 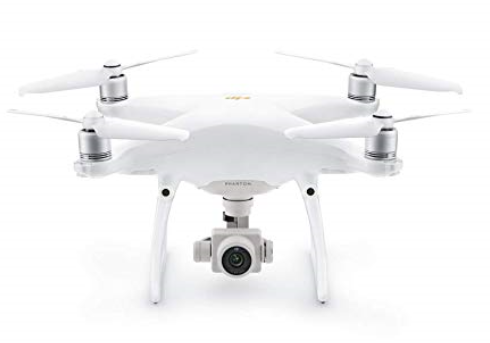 4K videos at 60 frames per second is why this drone is so photographer-friendly, and at a ridiculous top speed of 45 mph it’s going to be at the top of the food chain in the sky.

The upgraded version is a bit more expensive, but with it you’ll get a built-in display screen on your controller, which is highly recommended.

The Ruko F11 Pro comes very highly-rated but is a stunner of a machine at around $300. This is easily the most family and user-friendly model on this list. 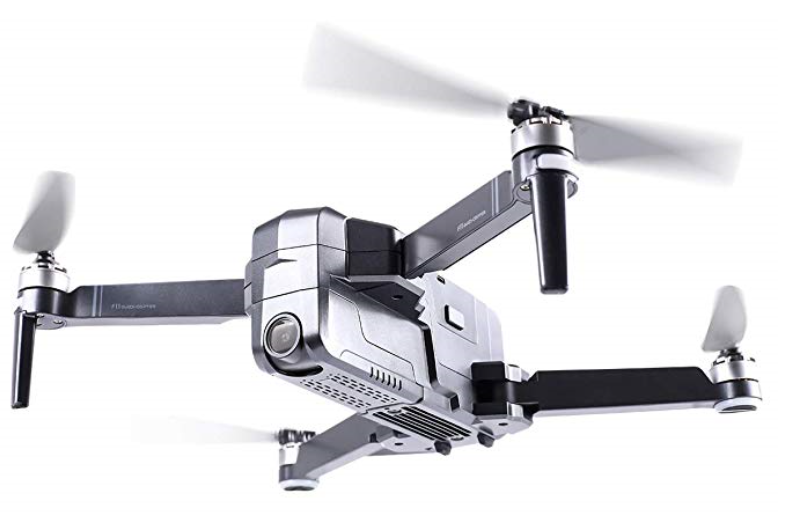 Come with me if you want to film. (via Amazon.com)

This drone that looks like it’s ready for the robot takeover has, simply put, amazing features. Draw a route on the app screen for the drone to follow in ‘TapFly’ mode, ‘GPS Hold’ keeps it perfectly in place using it’s censors for steady filming, while ‘Follow Me Mode’ does just that, keeping you in frame at all times.

Designed for quiet operation, this compact drone flies for 2.5 hours and films in 4K. So easy that even little Billy, Sally and Jon Connor can use it to possibly stop the robot apocalypse.

Small, very maneuverable and very responsive, the Bebop 2 fits in your bag and is ready to start and stop as soon as it’s directed to. 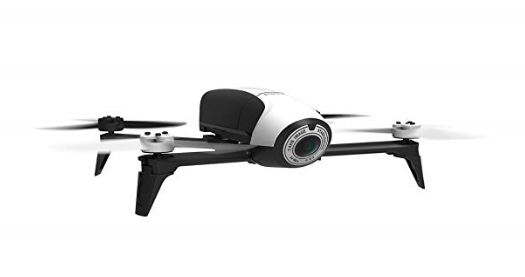 This drone can start to get pricey with added gadgets, but is a bargain at $170 when renewed, which comes with an Amazon guarantee of course.

The Bebop 2 generally reviews well, but at an obvious downgrade of 1080p filming and 25 minutes of flight time, this is the drone that you buy if you’re not that serious about flying.

For aerial photography on a budget, try the Syma X5C-1 Explorer, the flight time is very short at seven to 10 minutes, needing 90 minutes to charge. However, the reason it ranks high (4/5 on Amazon, 8.3/10 on CNet) is because of it’s relative durability and the fact its parts can be easily replaced.

At a $130 the Tony Stark brand drone is a great gift for kids. It’s not about the specs or the flight time (around 13 minutes), this drone is about being kid-friendly and highly interactive. 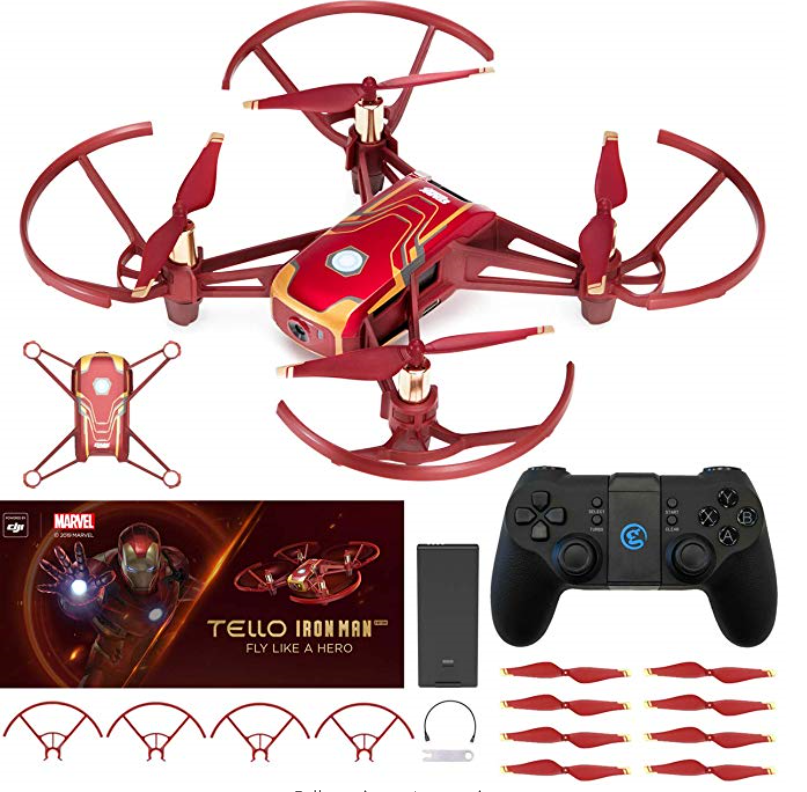 Shipped with spare parts, it’s designed to have fun with. Control via smartphone app to easily share photo and video on social media, or, use it’s gaming-style controller meant to mimic a PlayStation Controller that your child will surely adapt to quickly.

What makes it most Iron Man-like is the capability to connect a VR headset. In this mode, you can complete missions using Iron Man’s AI assistant. No matter who you are, that’s pretty cool.

Depending on your flight experience, camera quality, signal/Wi-Fi distance and battery power (flying time) is what you’ll mainly want to look for when choosing a consumer drone.

While most consumer drones are user-friendly, some, especially those with high top-speeds can be difficult to control for a novice. It’s not really worth destroying $1,000 of machinery learning how to fly. Unless of course you’re Robert Downey Jr.