Coptic Egyptians on Feb. 15 remembered the tragedy that stunned the world five years ago, when ISIS beheaded 21 Copts on video.

This was modern day martyrdom like most Westerners have probably never seen. Christian persecution in the Middle East often receives little attention from the international community. The killings of the Copts for their faith may have shocked the world into paying attention briefly, but Christians in the Middle East and North Africa continue to report persecution.

The persecuted especially count on the U.S. to make prudent decisions in the region that Christians have inhabited since the advent of the faith. After the invasion of Iraq, Christians left in mass exodus, and the community was debilitated. Since the U.S. invasion in 2003, the Christian community in Iraq dwindled by 83 percent, from 1.5 million people to just 250,000, according to Archbishop Bashar Warda of the Chaldean church in an address he gave in London.

ISIS’s reign of terror would be recognized in 2016 by the European Union as a genocide, especially in Iraq and Syria. Syria’s Christian population diminished due to the war, and in Egypt, Coptic Christians face discrimination at all levels of society as well as violence from terror groups and even civilians.

The U.S.’s emphasis on the value of religious freedom frames its role on the world stage as an especially critical one. But this emphasis on Christians in the Middle East has waned and strengthened between administrations, according to those who advocate on their behalf. 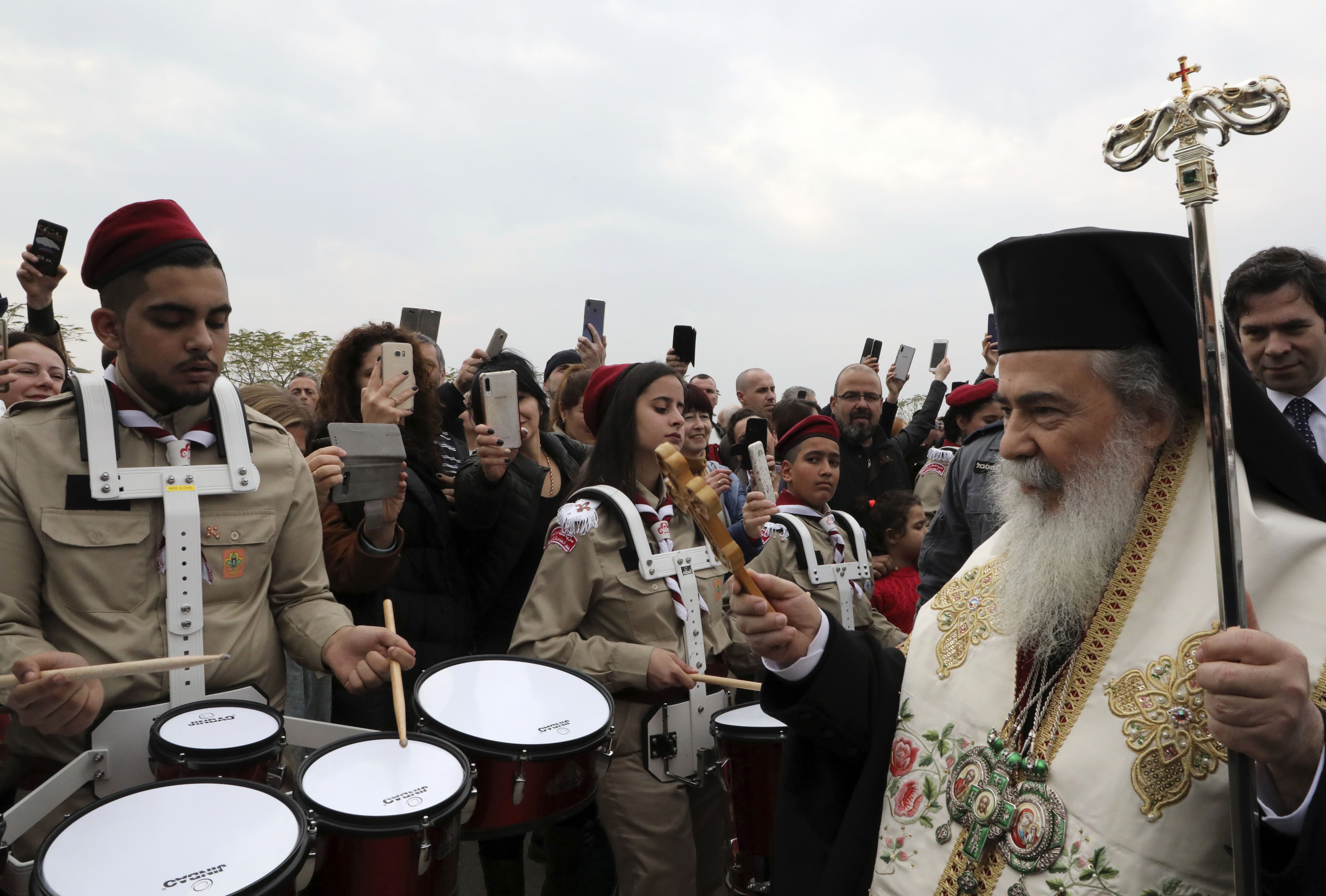 Father Benedict Kiely, a British Catholic priest who devoted his entire priestly ministry to aid and advocacy for persecuted Christians, has traveled to Iraq several times, and Syria once thus far, to witness the conditions the remainder of these Christians are facing.

Iraq’s Christians, in particular, have been struggling to keep their communities intact after the 2003 invasion, realizing that the U.S.’s policy in the Middle East directly affected them. Kiely says that during his 2016 visit to Iraq before the U.S. presidential election, Iraqi Christians seemed hopeful for their futures in Iraq if Trump won the presidency following years of feeling forgotten.

“I was in Iraq right before the presidential election of 2016 and every single person we asked was pro-Trump, and after the election, they were very positive,” he said.

Many Middle Eastern Christians in the U.S. also were sympathetic to Trump, owing to his proposed foreign policy at the time, which seemed skeptical of interventionism in comparison to former Secretary of State Hillary Clinton. Her track record includes voting to authorize the use of military force in Iraq when she was a senator in 2002. Many people feared that another “hawk” would be in power. In 2016, Iraqi-American Chaldeans would help Trump win Michigan by 10,000 votes, amassing support for him because he highlighted the issue of Christian persecution.

Kiely also described the magnitude of the issue that is Christian persecution, saying that the West generally did not give it the attention and action it deserved despite the irreparable damage that their persecutors inflicted. This included the destruction of heritage sites, such as the monastery of St. Elijah in Mosul, Iraq. It stood for 1,400 years before ISIS razed it in 2014.

But he says there’s been a great shift in emphasis between the Obama administration and the Trump administration in their focus on the Middle East’s persecuted Christians.

In Defense of Christians (IDC) — a nonprofit, non-partisan advocacy and lobbying organization that raises the issues facing Middle East Christian communities with the highest levels of the U.S. Government — also describes a shift in the emphasis between the administrations. (RELATED: Pelosi Omits Christians As She Lists Persecutions Around The World)

Peter Burns, a representative of IDC, tells the Daily Caller that his organization had a strong relationship with the Obama Administration, and actually coordinated a meeting between President Obama and the Patriarchs of the Eastern rite churches back in 2014.

“But there was a sense with the Obama Administration and Kerry State Department that they were very uncomfortable talking about Christians being persecuted” he said. “I think to some degree they had accepted the idea that Christianity was a colonialist ideology, and they were on an international campaign to reject colonialism. The problem with that was that the Christian communities suffering genocide at the hands of ISIS where actually the indigenous populations of their towns and predated the expansion of Islam.” 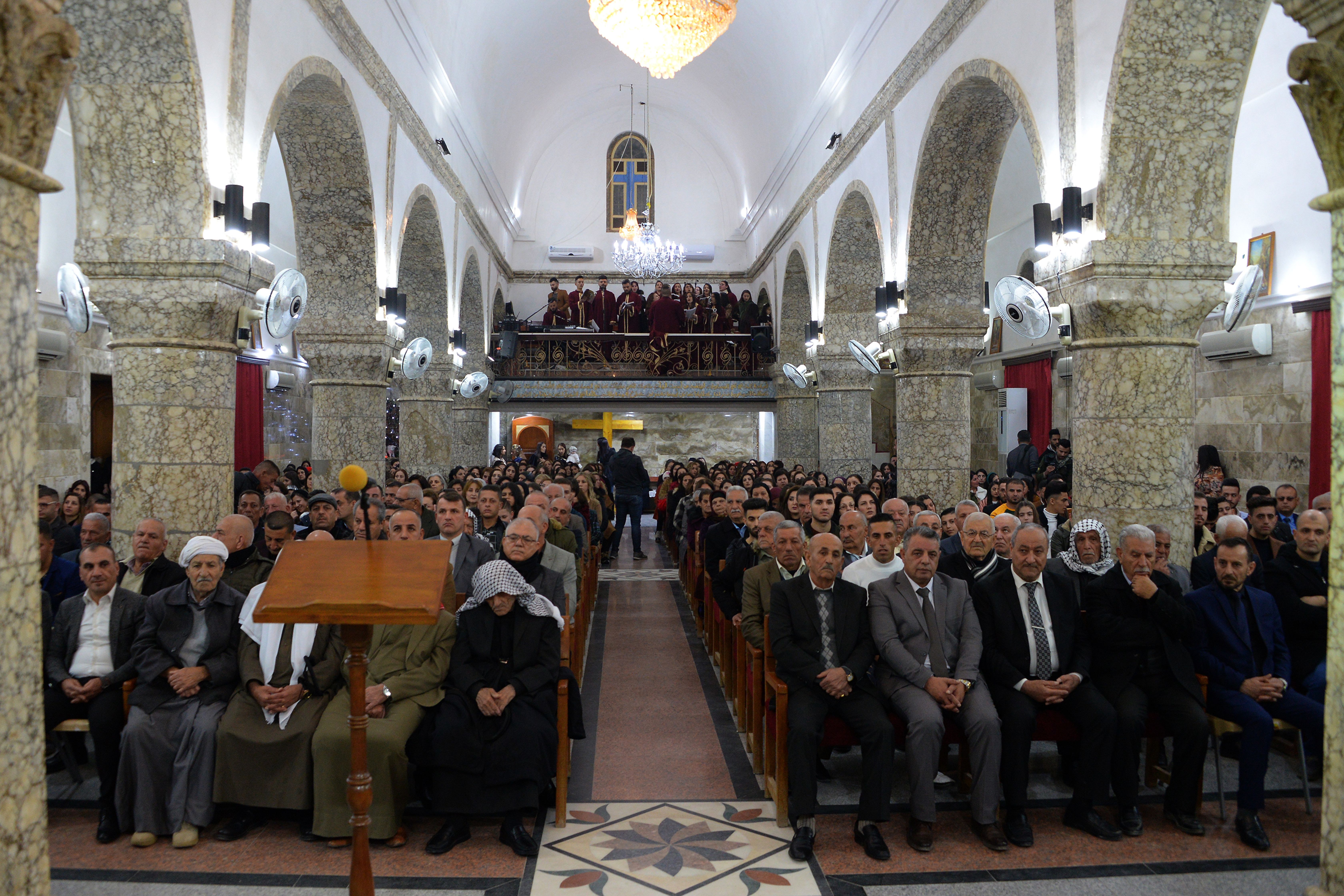 The Obama administration was reluctant to refer to the persecution as “genocide,” even after more than two dozen House members from both parties sent Secretary of State John Kerry a letter expressing their concern that the State Department would omit Christians from the genocide designation in 2015. Hillary Clinton had also diverged from Obama on the issue, telling a New Hampshire crowd during a town hall in 2015 that “we now have enough evidence” to call the persecution “genocide.”

According to Burns, the Trump administration had no such reservations.

“From the first day they have been willing to call out persecution of Christians, and invest energy and resources to end it,” he said.

“The Trump Administration has embraced the issue of International Religious Freedom and ending persecution on the basis of religious belief as a foreign policy priority. The religious minorities of the Middle East have been at the heart of this movement,” Burns continued. “They have advocates and friends all throughout the Administration who are working hard to carry out the President’s priorities on this issue.”

From the beginning of his administration, Trump has prioritized persecuted Christians, specifically their resettlement as refugees. The president also approved other initiatives, such as the Iraq and Syria Genocide Relief and Accountability Act, to ensure aid reaches Christians and Yazidi communities.

However, Trump has received criticism for the 2017 travel ban, which includes countries with significant Christian populations like Syria, making any travel to the U.S. nearly impossible.

Countries such as Hungary, however, may be exerting an influence on U.S. policy when it comes to protecting Middle Eastern Christians. In November, Kiely attended a conference in Budapest dedicated entirely to the issue, where Prime Minister Viktor Orban emphasized that in order to save Christianity in the Middle East, Western countries should help these Christians at home rather than resettle them in other countries. The Christian leaders attending the conference, many of them from countries such as Iraq, Syria, and Egypt, were receptive to the idea, and many even expressed their gratitude that Hungarian aid was helping them rebuild their communities at home.

After his most recent visit to Syria in the fall, Kiely says that Syrians who left the country during the war and returned told him that they wanted to return to their homes. Burns says that while United States Agency for International Development (USAID) and the State Department have put incredible energy into trying to help Internally Displaced Peoples (IDPs) return to their homes, investment in infrastructure and rebuilding can’t replace the need for security. Burns argues that what’s keeping Christians from returning is security and stability.

“These communities will not go back to places they do not consider safe and put their families in harm’s way,” he says. “They saw how that went with ISIS and they are not interested in a sequel… The data speaks for itself, towns where Christians are providing their own security have very high rates of returns and are starting to recover.”

Both Kiely and Burns, however, are optimistic for the future of U.S. leadership in religious freedom advocacy given the awareness the Trump administration has brought to Christian persecution. In 2019, Vice President Mike Pence and Secretary of State Mike Pompeo spoke about the genocide of Christians in Iraq and Syria at a religious freedom gathering. Most recently, the U.S. launched the first ever International Religious Freedom Alliance.

Burns said that while the U.S. government is a massive machine that takes years to move, the Trump administration has been the fruit of years of work by leaders such as former Congressman Frank Wolf. He also mentions the work of Pence and Ambassador-at-Large for International Religious Freedom Sam Brownback in advancing President Trump’s policies on the issue.

“We have a synergy around this issue today that is like nothing I am aware of in the past,” he said. “Religious freedom has a place at the table of U.S. foreign policy priorities in a way that is changing the entire system.”