Independent Vermont Sen. Bernie Sanders has taken a huge lead over his rivals in the race to take the Democratic presidential nomination.

Democrats around the country so far appear to be coalescing around two political options with Sanders getting 31% support in a new NPR/PBS NewsHour/Marist poll published Tuesday. (RELATED: Nevada Caucuses ‘Wide Open’ Behind Sanders’) 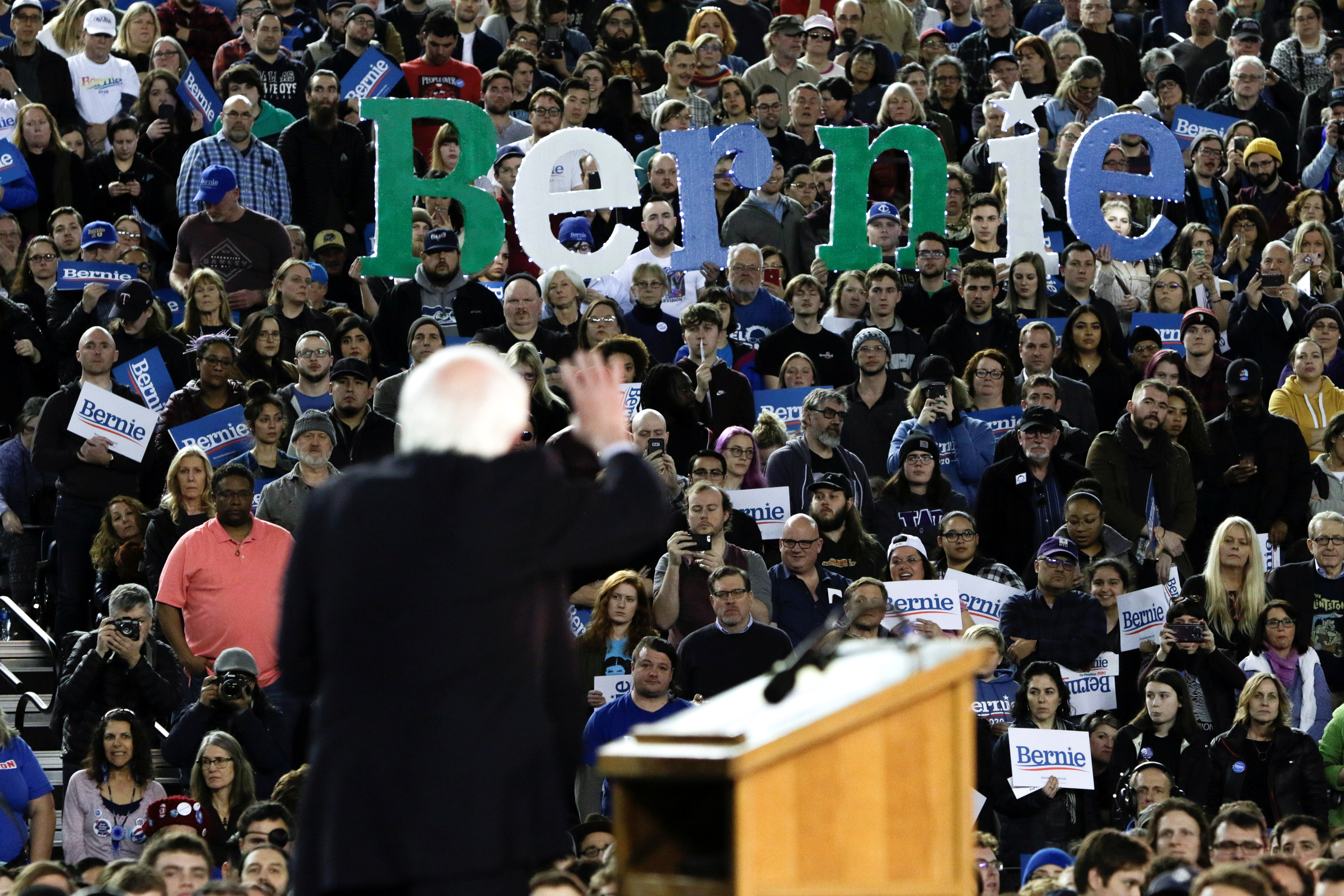 His nearest opponent is not former Vice President Joe Biden, but former New York City Mayor Mike Bloomberg, who received 19% support from the poll. That figure enables Bloomberg to qualify for the upcoming Nevada Democratic leadership debate. Biden was leading in most polls for months. (RELATED: ‘That Is Not Democracy!’: Protester Runs On Stage, Grabs Mic At Bloomberg Rally)

Bloomberg, who announced his intention to run for president in late November, has reportedly spent $300 million on political ads around the country. Sanders has attacked Bloomberg’s candidacy, saying the multi-billionaire businessman is “not going to buy this election,” while Bloomberg has countered by saying Sanders supporters are too aggressive.

“We need to unite to defeat Trump in November,” Bloomberg tweeted. “This type of ‘energy’ is not going to get us there.”

Past statements made by the former New York mayor have been resurfacing in February as his poll numbers and commercial omnipresence increase. A video from 2016 shows Bloomberg dismissing farming and factory work as something people lacking “gray matter” could do with enough instruction. During another event that same year, Bloomberg promoted open borders as the “solution” to national security concerns.

Bloomberg was also criticized for his “stop and frisk” policy as mayor that targeted minorities when police accosted people on the street to search for weapons or drugs.

Bloomberg apologized for that policy, but audio from a Aspen Security Institute event in Feb. 6, 2015 recently surfaced where the former mayor was vigorously defending stop and frisk, even if police had to  “throw” minority males “up against the wall and frisk them.” (RELATED: ‘You’re A F**king Fascist!’ — Second Amendment Activists Heckle Mike Bloomberg In Virginia)

The poll also shows Massachusetts Sen. Elizabeth Warren’s campaign to be sliding a bit: she’s in third place at 12%. Minnesota Sen. Amy Klobuchar appears to be gaining momentum with a fourth place showing of 9% — one percentage point above South Bend, Indiana, Mayor Pete Buttigieg who received 8% in the survey.

According to the NPR poll, “The live-caller telephone survey of 527 Democrats and Democratic-leaning independents was conducted by the Marist Poll at the Marist Institute for Public Opinion. The poll has a margin of error of +/- 5.4 percentage points.”