OTTAWA — Canadian Prime Minister Justin Trudeau addressed the House of Commons in Ottawa Tuesday morning about escalating blockades that threaten the economy and could lead to shortages of fuel and food.

But he offered no plan. “People are troubled by what they have been witnessing this past week … They’re asking themselves what is happening in this country. They’re asking what lies ahead for themselves, for their communities and their country. They know that these protests are serious, that this is a critical moment for our country and our future. So do I.”

Conservative Party Opposition Leader Andrew Scheer was quick to call the speech “the weakest response to a national crisis in Canadian history.”

In apparent solidarity with blockades that have brought both passenger and freight rail traffic to a standstill, Mohawk natives stopped all traffic from Canada to the United States — at the Niagara Falls Rainbow Bridge on Sunday and the Thousand Islands bridge on Monday. (RELATED: Trudeau Criticized For Bowing To Iranian Foreign Minister As He Seeks UN Security Council Seat)

Trudeau has refused to intervene in a blockade that has brought all rail traffic in Canada to a stop. Environmental activists, claiming to represent First Nations, have stopped all freight and passenger rail service in Canada to protest a court decision to proceed with a natural gas pipeline.

Although Trudeau acknowledged that “people are upset and frustrated: I get it,” he suggested there was no solution on the horizon.

What we are facing was not created overnight … finding a solution will not be simple. It will take determination, hard work and cooperation. There is no relationship more important to Canada than our relationship with indigenous peoples.” (RELATED: Trudeau Cancels Barbados Trip As Blockade Brings Rail Traffic To A Standstill)

Conservative Opposition Leader Andrew Scheer castigated the speech immediately after Trudeau sat down, saying the prime minister’s “word salad” lacked two key ingredients: “a clear denunciation that the actions of these radical activists are illegal and some kind of action that puts an end to the illegal blockades and get our economy back on track.” 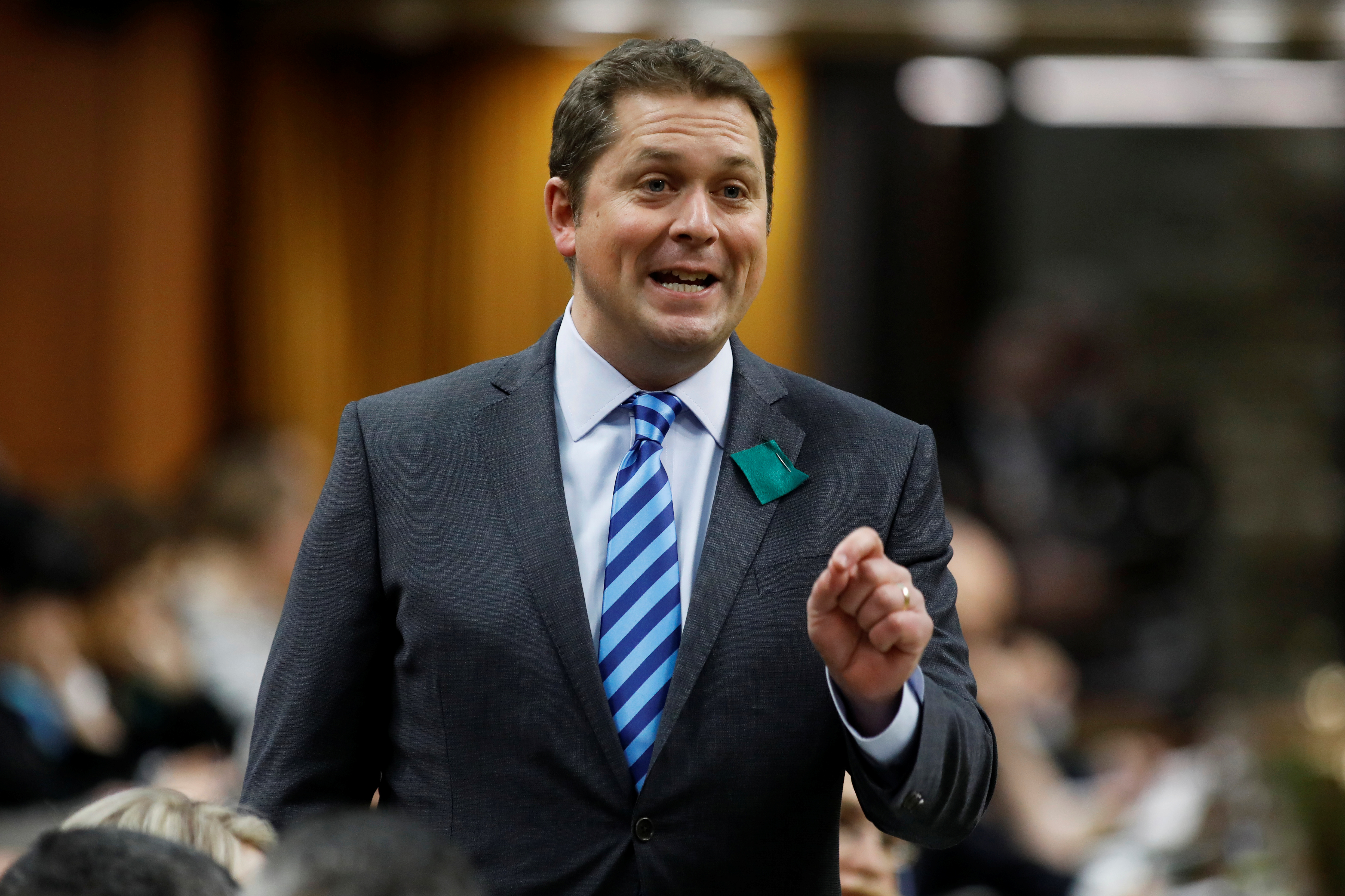 Scheer called the speech “a complete abdication of responsibility and of leadership.”

The opposition leader was especially angry that Trudeau was equating the environmental activists blocking rail traffic with First Nations groups, most of whom are supporting the economic opportunities that pipeline projects bring their communities.

“Will our country be one of the rule of the mob? Will we let our entire economy be held hostage by a small group, trampling over our legal system?” Scheer asked.

He derided the activists as professional protesters who “may have the luxury of not going to work every day … but they are blockading our ports, our railways and our borders and our roads and highways and they are appropriating an indigenous agenda which they are willfully misrepresenting.”