As the novel coronavirus, known as COVID-19, continues to spread worldwide, the U.S. government has taken precautionary measures against a potential outbreak.

While the virus hasn’t put U.S. citizens in immediate danger, according to the CDC, the government has taken “unprecedented steps” in preparing for a potential outbreak by setting up quarantine areas at military bases throughout the U.S. and upholding travel restrictions. (RELATED: National Institutes Of Health’s Infectious Diseases Chief: Coronavirus ‘On The Verge’ Of Becoming Pandemic)

As of Tuesday, the World Health Organization has reported 73,332 confirmed COVID-19 cases worldwide, with 72,528 cases in China, and 804 cases in 25 other countries, according to a situation report.

About 1800 people have died from the virus in China, and three have died in other countries, per the report.

While CDC considers #COVID19 a serious situation and is taking preparedness measures, the immediate risk in the U.S. is considered low. Everyone should always take simple daily precautions to help prevent the spread of respiratory illnesses. https://t.co/uArGZTrH5L #coronavirus pic.twitter.com/tm3f9QAk32

The Department of Defense (DOD) approved and set up 15 quarantine camps on military bases near airports across the U.S. on Feb. 6 to prepare for more potential coronavirus cases, according to Business Insider.

The 15 quarantine locations are:

“Under the request, DOD support at each location will be limited to providing housing support for up to 20 people as they undergo a period of quarantined observation.  The department will also provide office space for several HHS personnel and their equipment through February 22, 2020,” The DOD statement reads.

800 U.S. citizens were evacuated from Wuhan in the past month, per Business Insider. The bases in Colorado, Nebraska, Texas and the three in California can hold up to 1,000 people. The other locations can hold up to 20 people. 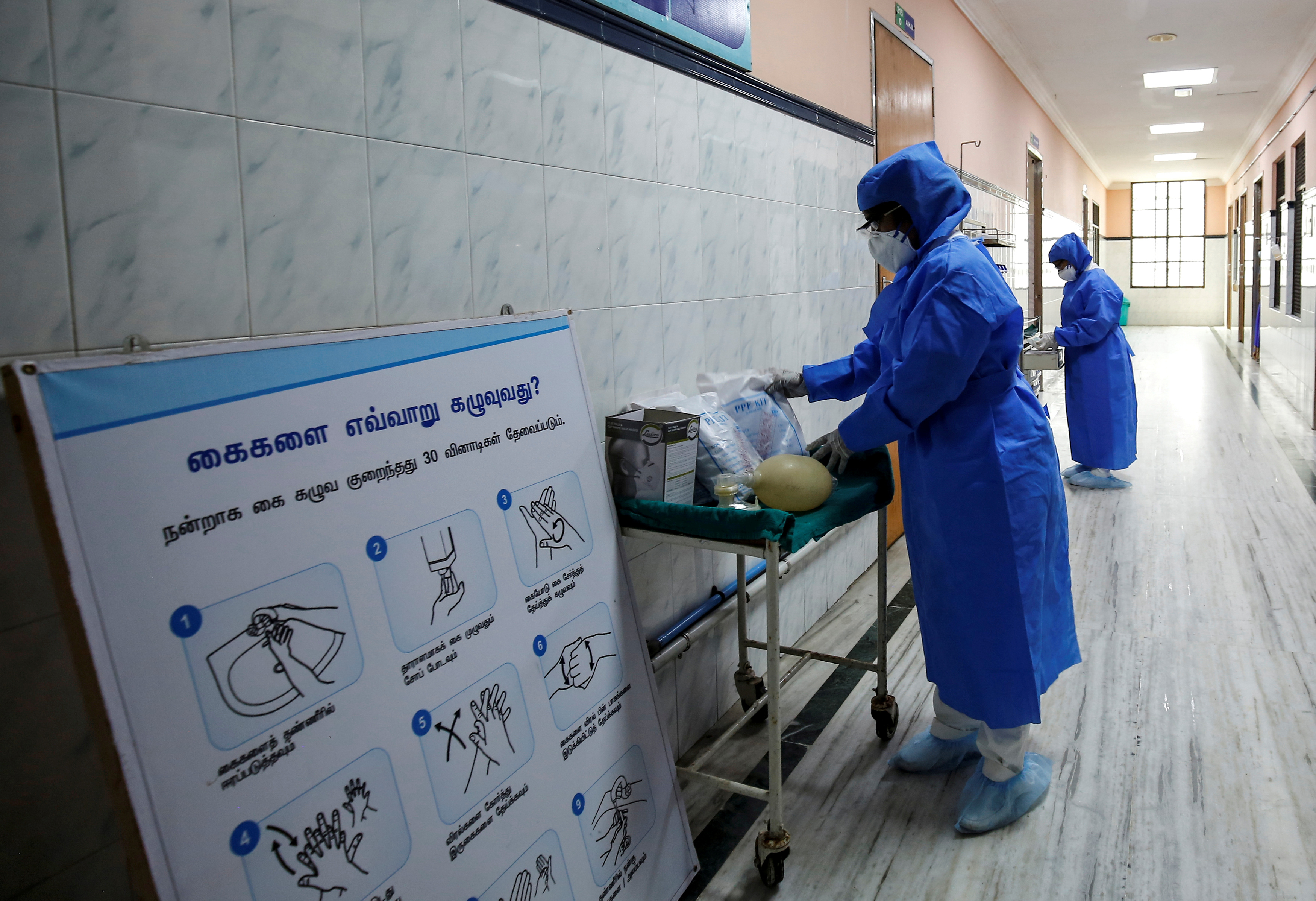 FILE PHOTO: Medical staff with protective clothing are seen inside a ward specialised in receiving any person who may have been infected with coronavirus, at the Rajiv Ghandhi Government General hospital in Chennai, India, January 29, 2020. REUTERS/P. Ravikumar/File Photo – RC2Y2F9MA271

Feb. 11 marked the first successful U.S. quarantine in 60 years after the first 195 evacuees were allowed to leave the March Air Reserve Base in California. (RELATED: Two More Top Chinese Doctors Die Of Coronavirus — How Dangerous Is It?)

Researchers believe novel coronavirus spreads mainly from person to person among close contacts through respiratory droplets produced when an infected person coughs or sneezes. People are likely most contagious when they are most symptomatic (the sickest). https://t.co/TqiKAW9nRW pic.twitter.com/3GzrnnMYwa

The government issued a statement on Jan. 31 describing the precautions taken at the five U.S. airports that the most people use to travel from Wuhan, China to the U.S.

“The CDC is closely monitoring the situation in the United States, is conducting enhanced entry screening at 5 United States airports where the majority of travelers from Wuhan arrive, and is enhancing illness response capacity at the 20 ports of entry where CDC medical screening stations are located.  The CDC is also supporting States in conducting contact investigations of confirmed 2019-nCoV cases identified within the United States,” the White House statement reads.

The CDC also regularly tweets out measures that U.S. citizens can take to reduce the risk of contracting the virus.

CDC recommends travelers avoid all nonessential travel to #China. This is only for mainland China and does not apply to #HongKong, #Macau, or the island of #Taiwan. For more #newcoronavirus travel FAQs: https://t.co/5YgWL4164f pic.twitter.com/rTovIC73hr 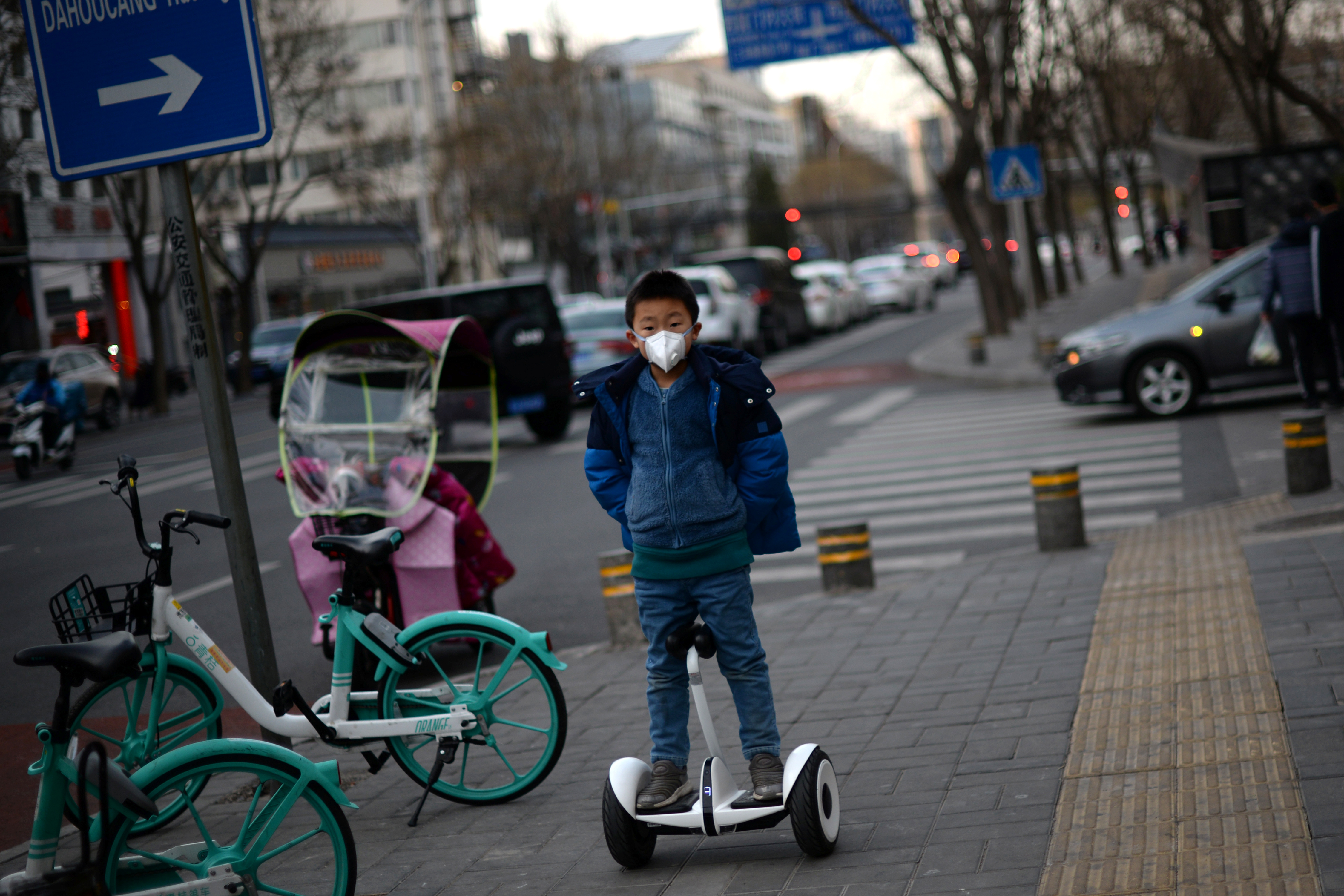 A child wearing a face mask rides a smart self-balancing scooter on a street, as the country is hit by an outbreak of the novel coronavirus, in Beijing, China February 18, 2020. REUTERS/Tingshu Wang – RC203F9P67JO

“Effective February 2, 2020, at 5pm, the U.S. government suspended entry of foreign nationals who have been in China within the past 14 days,” the CDC website reads.

U.S. citizens and their family members that have been in the effected areas of China are welcome back into the U.S. but are subject to a potential 14 days of quarantine.

1
Senior Intel Officials Erupt Over Adam Schiff's Letter To Director Richard Grenell, Pressing Him Over ODNI Personnel Changes
Politics
2
WATCH: ABC’s Jon Karl Salutes Fauci — Fauci Fires Back With Finger Guns
Politics
3
Chicago Mayor Signs Executive Order Giving Coronavirus Benefits To Illegal Aliens
Politics
4
This Is Why The WHO Has Turned Out To Be A Chinese Pawn
World
5
CBS, ABC, NBC Coming Together To Air 'One World: Together At Home' With Kimmel, Fallon, Colbert Hosting
Entertainment