New York Guardians running back Darius Victor made his way to the XFL despite experiencing adversity.

Victor spent the first five years of his life at a refugee camp on Africa’s Ivory Coast. Victor’s family had fled Liberia after the country had collapsed in the later half of the 20th century. “Yeah, we used to sleep in bushes, and run for our lives, and things like that,” Victor said to CBS.

“So, just seeing that and hearing him talk about it, it was like, ‘Wow. I really came from that.’ I tell everyone, every day I wake up, I thank God because I’m not supposed to be here. A lot of people didn’t make it.” (RELATED: XFL Player Opens Up About Depression, Fall From NFL) 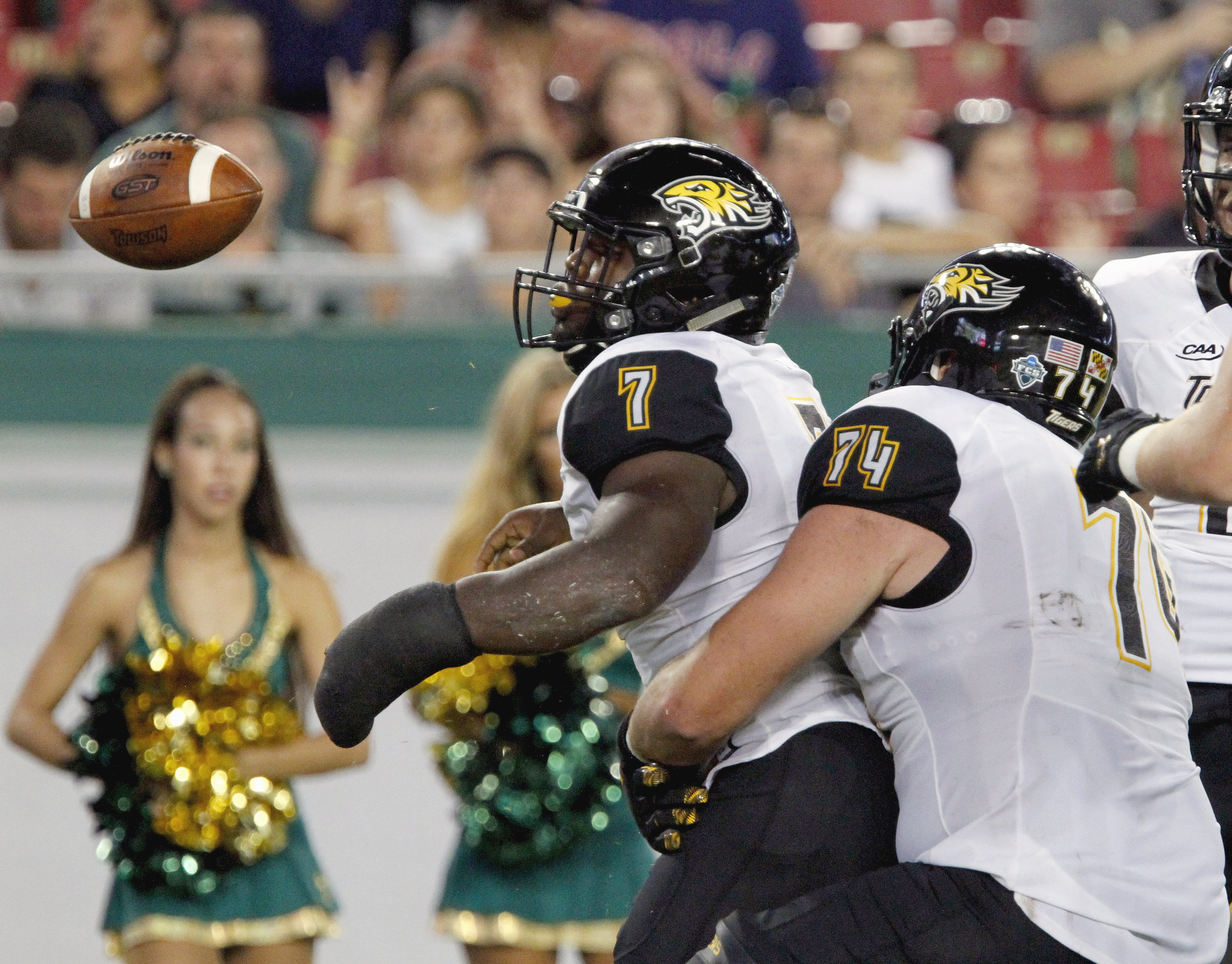 TAMPA, FL – SEPTEMBER 03: Running back Darius Victor #7 of the Towson Tigers is congratulated by teammate Aaron Grzymkowski #74 after Victor scored a touchdown against the South Florida Bulls at Raymond James Stadium on September 3, 2016 in Tampa, Florida. (Photo by Joseph Garnett Jr. /Getty Images)

Victor’s family left the Ivory Coast in 1990 by way of a United Nations program for refugees. They went to the U.S. and settled in Hyattsville, Maryland. Darius and his brother Kevin went on to play for the same varsity football team at Northwestern High School, Kevin being a senior and Darius being a freshman, CBS reports.

In December 2011, Kevin was shot coming home from playing basketball with his friends, just a block away from his house.  Darius is still reminded about the event to this day. “My thing was just seeing my family cry. It’s just the worst,” Darius said to CBS.

“And that’s more painful than my actual pain. Just seeing my parents cry, and have them lose a child and I don’t think anyone should lose a child like that. So, just seeing that was tough and it made me appreciate life more, and appreciate them more and just family, just to hold everything tight.” A little under a year later, Darius’s house caught on fire and his family lost everything. 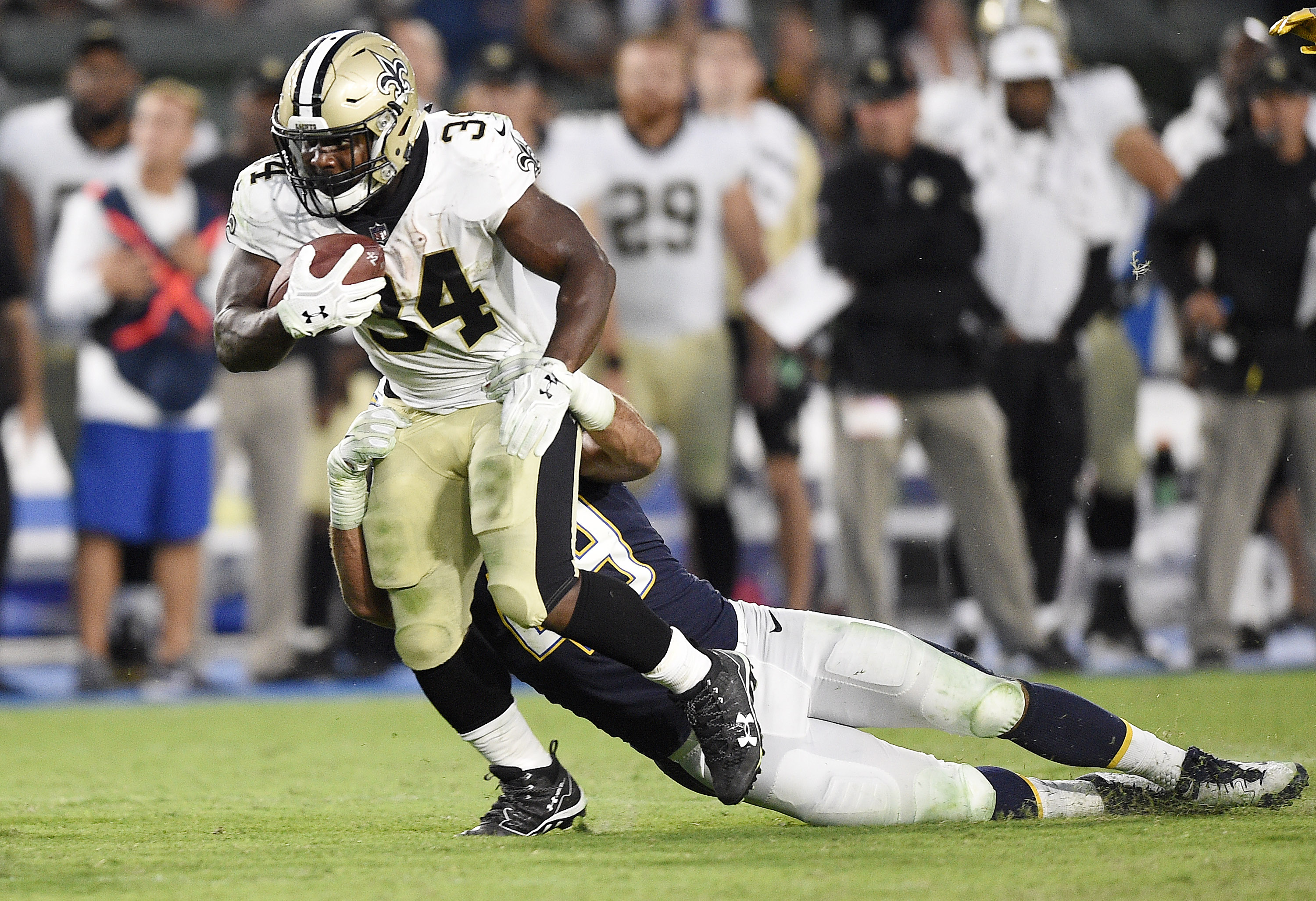 Darius spent the rest of his football career in high school trying to emulate what his older brother Kevin stood for. “He was a get-it-done person. It’s either you do or you don’t. Almost doesn’t count in life,” Darius said to CBS. “So I try to just live in that name, whether it was getting good grades, or making a play in a football field, or just washing the dishes before my parents came home. I tried to be that guy.”

Impressive Darius Victor play to turn a huge loss into a first down — but Rahim Moore forces the fumble. Doesn’t get credit for the return but big plays on both sides nevertheless. pic.twitter.com/FvDdgOv3zh

Darius played for Townson, gaining 3309 yards and 41 touchdowns. He had a brief stint in the NFL for two seasons, but was cut from the teams by both the New Orleans Saints and the Arizona Cardinals. Darius had three carries for 16 yards before leaving the game with a head injury against the DC Defenders on February 15.