The Belgian city of Aalst hosts an annual parade in the days preceding Ash Wednesday and featured anti-Semitic tropes during its parade on Sunday, including participants dressed in exaggerated costumes meant to depict Orthodox Jews, masks with long noses, insect costumes, and Nazi officers costumes.

During last year’s parade, racist and anti-Semitic floats and costumes were also present — one float in the parade carried two giant figures of Orthodox Jews, with side curls and large noses, sitting on bags of money, while another group paraded in white Klux Klux Klan hoods and robes, the New York Times reported. 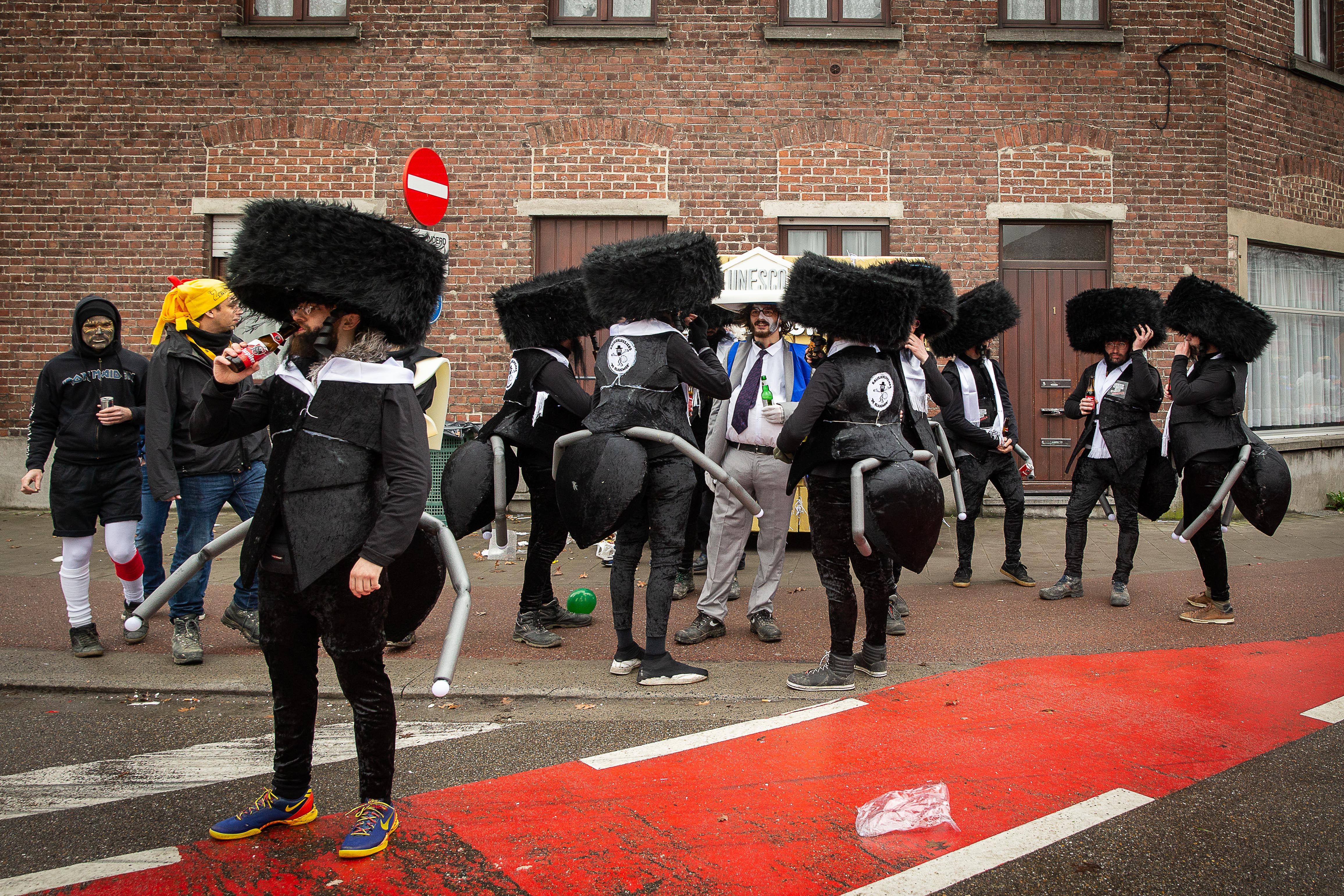 Revellers dressed as Ultra-Orthodox Jews are pictured prior the start of the Aalst Carnival’s on February 23, 2020, (Photo by JAMES ARTHUR GEKIERE/AFP via Getty Images)

As with the 2019 parade, Mayor Christoph D’Haese also defended the carnival as just being in the spirit of the event, which is intended to mercilessly mock everyone and everything, the New York Times reported last year. D’Haese dismissed criticism of the parade in 2020, urging everyone to “let Aalst be Aalst,” and affirming that the parade is not anti-Semitic, and “Aalst is not an anti-Semitic city” according to Deutsche Welle.

Members of the European Parliament as well as the Israeli Foreign Minister Israel Katz have urged Aalst to do something about the “manifestation of hatred” in the parade, and in Katz’s case, ban the “hate-filled” parade altogether, Deutsche Welle reported. (RELATED: Does New York City Have An Anti-Semitism Problem? Ami Horowitz Asked People In Brooklyn, And Here’s How They Answered)

Last year, the displays of racism and anti-semitism cost the parade its UNESCO cultural heritage status. City authorities defended the parade as an expression of free speech, saying that the costumes are meant to be “satirical,” according to Deutsche Welle.

In response to the return of such displays in 2020, the US Holocaust Museum tweeted that events like the parade “that promote antisemitism and stoke hatred and potentially violence must be denounced by all segments of society.”

24K Jews living in #Belgium were murdered in the Holocaust. Today, deadly #antisemitism is on the rise again throughout Europe. Events like the #AalstCarnaval parade that promote antisemitism and stoke hatred and potentially violence must be denounced by all segments of society. https://t.co/06AEIC4fKz

The American Jewish Community has asked the European Union to investigate the Carnival.

Belgian Prime Minister Sophie Wilmès responded to the accusations of anti-Semitism at the Carnival by calling the representation of the Jewish community at the parade “prejudicial to our values as well as to the reputation of our country,” and adding that “it is not the first time these practices have been criticized mainly because of the caricatures of the Jewish community,” Euroactiv reports.