Co-Founder of the left-wing network “The Young Turks” (TYT) Cenk Uygur reportedly urged staffers against forming a union during an all-staff meeting Feb. 12, just hours after the announcement to unionize went public.

Uygur, a California Democratic Congressional candidate, said during the meeting that a union does not belong in a small network such as TYT, according to Huffpost. The co-founder added that the network would not have grown in the same way over the past few years if there was a union, and reportedly became visibly agitated during parts of the meeting.

Acting chief operating officer Jack Gerard said during the meeting that top leadership was not discouraging forming a union, but staffers said Uygur’s feelings were made clear. The Democratic congressional candidate threw papers onto the floor and scolded an employee during the meeting, according to Huffpost. Uygur admitted to doing both, but said the employee he scolded appeared to be smiling during the meeting.

“The person smiling seemed to be openly mocking the idea that the company might not survive after 18 years,” Uygur told Huffpost. “And we put all this blood, sweat and tears into it. I don’t find the idea of us going down funny.” 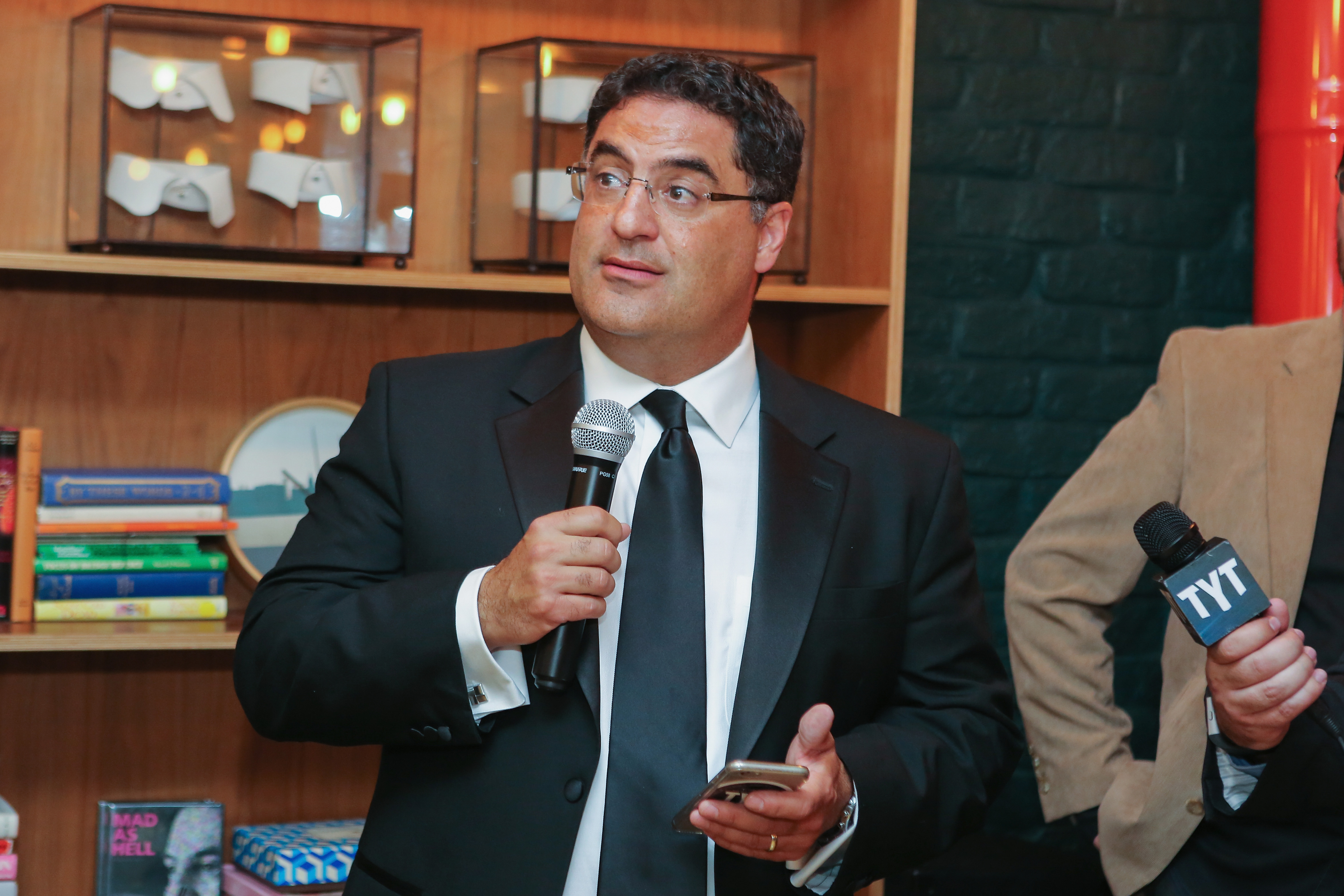 Uygur admitted that he doesn’t agree with TYT forming a union, telling Huffpost that the network is in “a precarious position.” Google recently reportedly gave TYT a six-figure paycheck to help the network hold a YouTube course teaching users how to do local journalism.

“The reality is we’re in a precarious position,” according to Uygur. “We’re in a digital media landscape where almost no one makes money or is sustainable.”

“For a smaller digital media company, those are absolutely real considerations. It doesn’t mean you shouldn’t have a union. Everyone should know the full context … If folks say they don’t believe we’re in a precarious position, okay. And that’s their decision to make.”

The Democratic congressional candidate has also suggested the union idea is politically motivated by the International Alliance of Theatrical Stage Employees. This group endorsed California assemblywoman Christy Smith, whom Uygur is running against.

Uygur, who has come under fire for multiple re-surfaced past degrading comments about women, added that he has heard some employees don’t want a union and that he is in favor of a secret-ballot election. He admitted that ultimately, his “opinion on it is irrelevant” because the employees get to decide whether to form a union.

“We generally feel disappointed, but unshaken,” an anonymous TYT staffer said according to Huffpost. “We feel it’s the right thing to do because of what TYT values.” (RELATED: Young Turks’ Hasan Piker Says The US Deserved 9/11)

“We’re just getting the company to live by its principles.”

OPINION
1
EPSTEIN: It's Time For Some Clear Thinking About The Virus
Opinion
2
'No One Has Forgotten This Is How You Honor POWs': Meghan McCain Blows Up At Trump On POW Day
Politics
3
Chinese Markets Reopen — And They Still Sell Bats, Dogs And Cats
World
4
'Shoot Them Dead': President Duterte Tells Police To Kill Those Who Defy Lockdown Orders In The Philippines
World
5
Here's A List Of Some Of The Most Unusual Animals, Reptiles Available At A Typical Wuhan Wet Market
World