Actor Jussie Smollett has pleaded not guilty to new charges of disorderly conduct.

Smollett appeared in court Monday where he entered his plea and was released on $20,000 bond, according to a report published by Page Six. 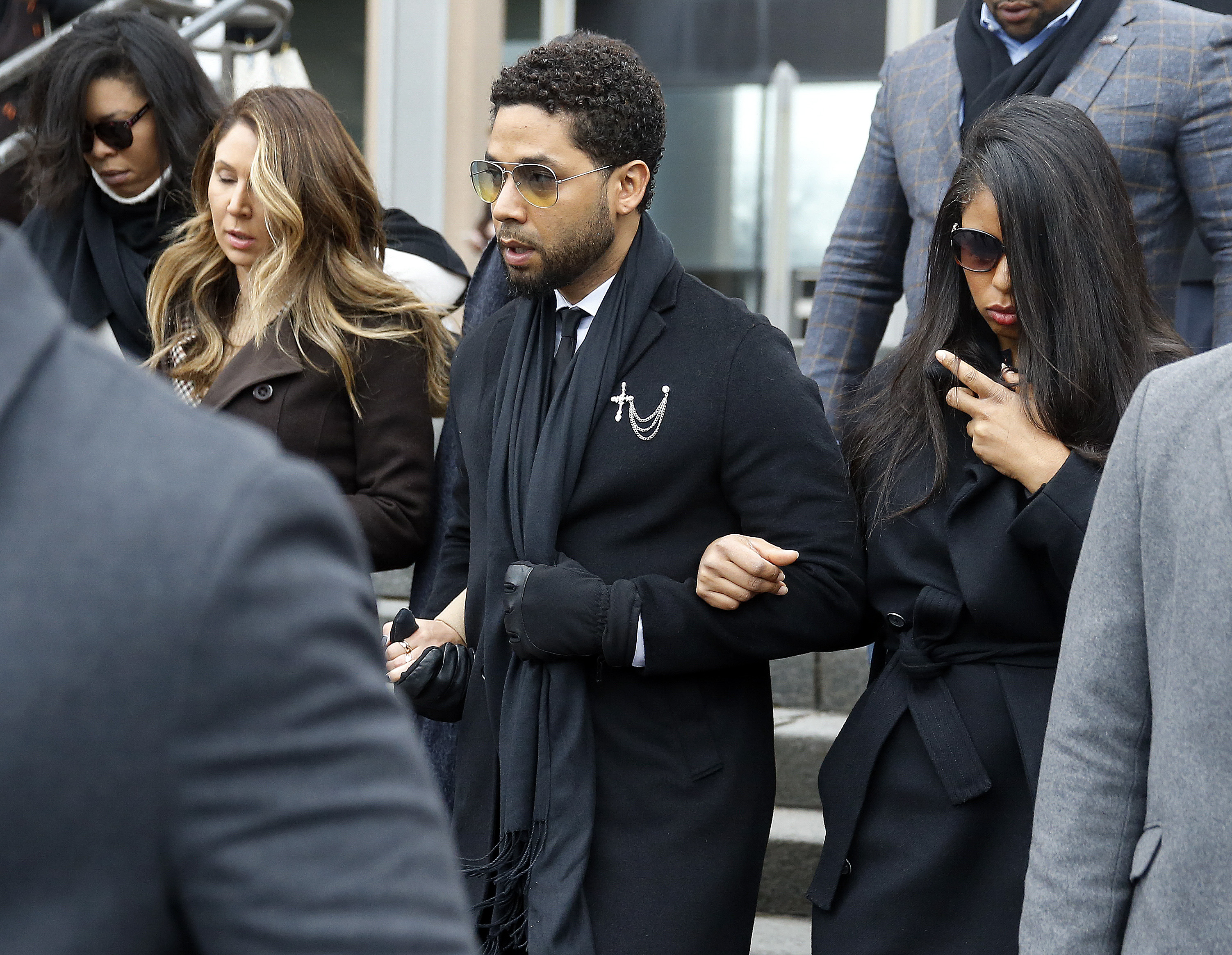 Flanked by attorneys and supporters, actor Jussie Smollett walks out of the Leighton Criminal Courthouse today after pleading not guilty to a new indictment on February 24, 2020 in Chicago, Illinois. (Photo by Nuccio DiNuzzo/Getty Images)

“You need to come back to court and you’re required to do so,” Cook County Judge James B. Linn told Smollett in court the outlet reported. “Do you understand?”

Smollett reportedly nodded, but didn’t speak throughout the 40-minute hearing.

As previously reported, Smollett has been accused of making four separate false reports to Chicago police “related to his false claims that he was the victim of a hate crime, knowing he was not the victim of a crime.”

“The grand jury’s investigation revealed that Jussie Smollett planned and participated in a staged hate crime attack, and thereafter made numerous false statements to Chicago Police Department officers on multiple occasions, reporting a heinous hate crime that he, in fact, knew had not occurred,” a press release from Special Prosecutor Dan Webb said at the time. “Therefore, Mr. Webb has determined that reasonable grounds exist to further prosecute Mr. Smollett.”