The Department of Homeland Security (DHS) on Monday put into effect the administration’s new public charge rule, which takes into account a foreign national’s past use of taxpayer-funded benefits when determining whether that individual qualifies for a green card. The rule, which the White House first introduced in 2019, survived a lawsuit that reached all the way to the Supreme Court.

“President [Donald] Trump continues to deliver on his promise to the American people to enforce our nation’s immigration laws. After several judicial victories, DHS will finally begin implementing the Inadmissibility on Public Charge Grounds final rule,” Ken Cuccinelli, the acting deputy secretary of DHS, said in a statement Monday.

“This rule enforces longstanding law requiring aliens to be self-sufficient, reaffirming the American ideals of hard work, perseverance and determination. It also offers clarity and expectations to aliens considering a life in the United States and will help protect our public benefit programs,” Cuccinelli continued. 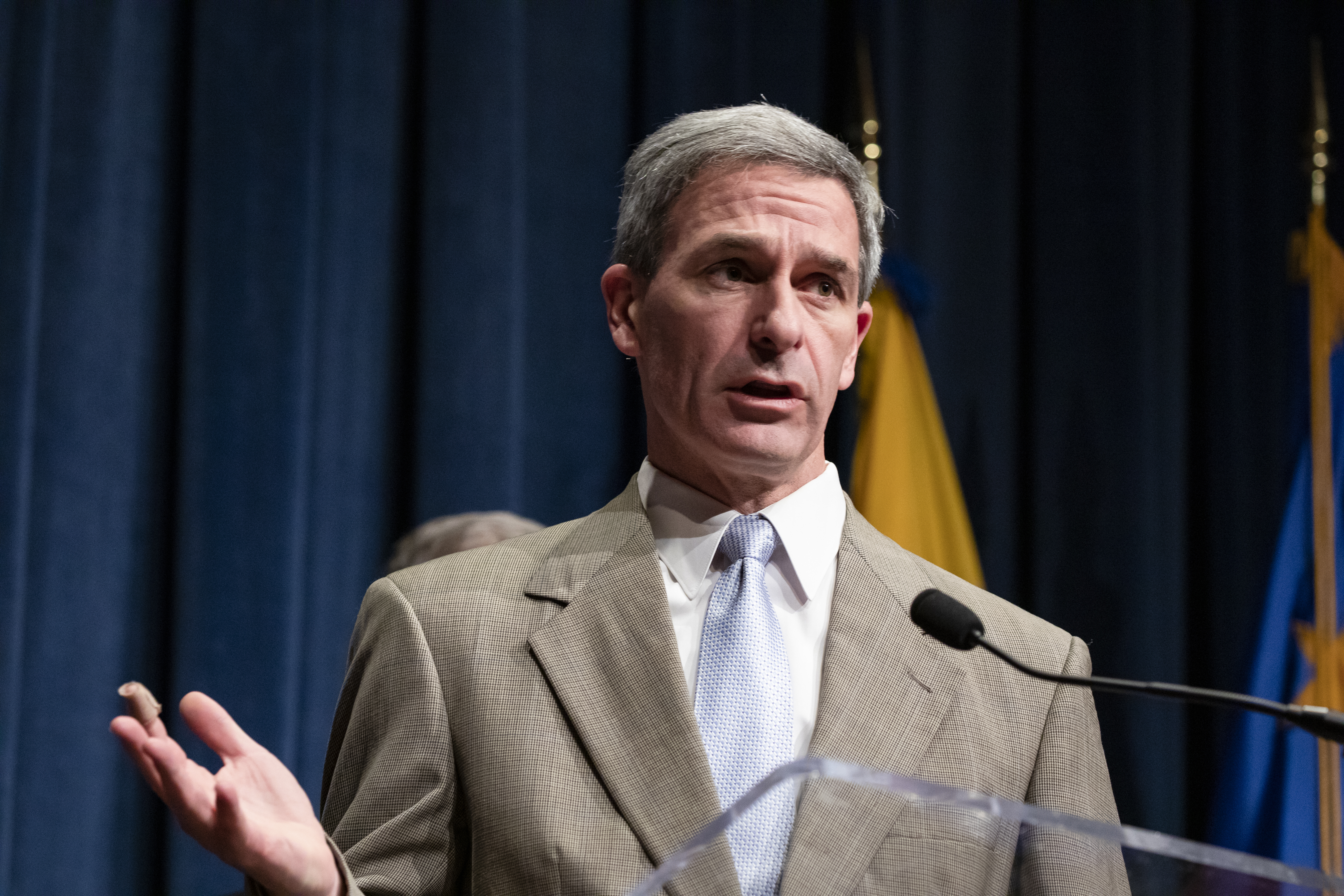 Homeland Security Acting Deputy Secretary Ken Cuccinelli speaks during a press conference on recent developments with the coronavirus with other members of President Trump’s Coronavirus Task Force at the Health and Human Services headquarters on Feb. 7, 2020 in Washington, D.C. (Photo by Samuel Corum/Getty Images)

Under the public charge rule, permanent status can be denied to applicants who have a history of using government-funded benefits and deemed a “public charge” on the U.S. government.

A green card applicant’s past use of food stamps, Medicaid, cash assistance, Section 8 housing or other government-funded benefits is taken into consideration when determining whether that individual qualifies for permanent status. U.S. Citizenship and Immigration Services (USCIS), the agency under DHS that manages legal immigration, can look into an applicant’s use of public benefits over a 12-month period within any given 36-month period during their time in the country, per the rule’s new guidelines.

While the public charge rule has been in place for years, the redefined definition now includes these non-cash assistance programs.

The proposal was immediately met with opposition among immigrant rights advocates when it was introduced in August 2019.

U.S. District Judge George Daniels issued a pair of nationwide injunctions on the public charge rule in October 2019, ruling that the Trump administration did not offer a reasonable explanation for its new definition. The 2nd U.S. Circuit Court of Appeals affirmed this decision, prompting the White House’s emergency application to the Supreme Court.

The Supreme Court lifted the injunctions in a 5-2 decision in January, allowing the Trump administration to move forward with the rule in every state except Illinois. In yet another victory for the White House, the Supreme Court allowed the rule to be implemented Friday in Illinois as well, giving it an impact to every part of the country. (RELATED: The Trump Admin Is Waiving Contracting Laws To Expedite Border Wall Construction)

The public charge rule is part of Trump’s focus on immigration, making the subject one of the most monumental issues ahead of the 2020 presidential election.