A sniper who terrorized the D.C. area and was sentenced to life in prison may get parole after Democratic Virginia Gov. Ralph Northam signed a juvenile sentencing law into effect Monday.

The law allows prisoners who were convicted of crimes before they turned 18 and are serving life terms to be considered for parole after they spent at least 20 years in prison, Fox 5 DC reported. Northam signed the law into effect Monday, and the law ultimately ended a pending Supreme Court case regarding the Washington, D.C., sniper Lee Boyd Malvo.

Malvo was serving a life sentence after he terrorized the D.C. area in 2002 at age 17, according to Fox 5 DC. The young man was 15 when he came from Jamaica and met John Allen Muhammad, who indoctrinated Malvo and led him on a sniping spree throughout the United States that ended in 10 deaths throughout Maryland, Virginia and the District of Columbia. 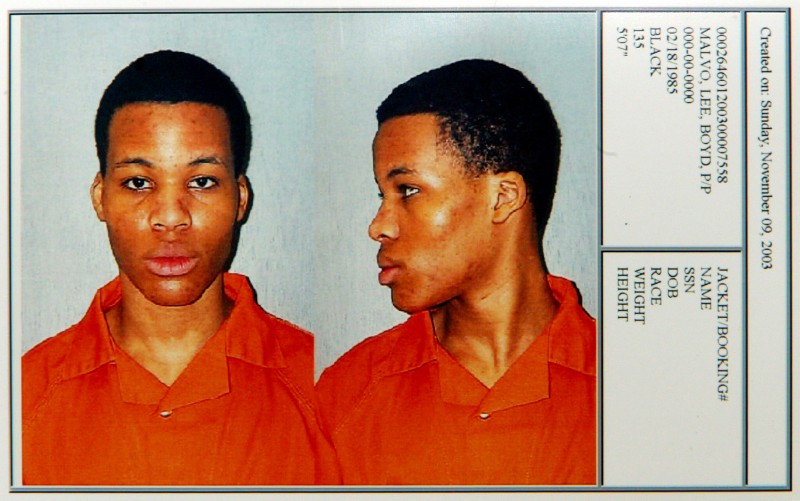 His case was pending before the Supreme Court following high court rulings that juveniles cannot be given life sentences, and that life sentences should only be given to “rare children whose crimes reflect irreparable corruption.” (RELATED: Appeals Court Strikes Down Four Life Sentences Against DC Sniper Lee Boyd Malvo)

Both Malvo’s lawyers and the state of Virginia alerted the court Monday that they were in agreement that Malvo’s life term should remain in effect and that he would have a chance at parole beginning in 2024, Fox 5 DC reported.