The Democratic Party establishment faces a choice: let Bernie Sanders win to their embarrassment and possible electoral folly, or stop Sanders and risk destroying their own party.

On the debate stage in Las Vegas last week, every opposing candidate signaled their support for nominating somebody who did not have delegate lead on the second ballot, effectively neutering Sanders despite him possibly having a delegate plurality going into the convention.

If this scenario actually happened–and the Democratic convention throws away the will of voters to deny Sanders the nomination–the Democratic Party could splinter in a permanently damaging way. There are multiple ways the Democratic primary could play out, each more consequential than the next. Here are a few scenarios:

Bernie Wins Outright: In what would obviously be the best case scenario for Sanders, he either wins or comes close to winning in South Carolina, crushes it on Super Tuesday and builds an insurmountable lead. 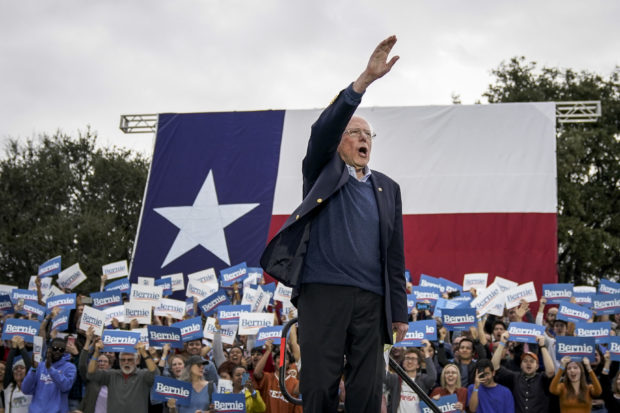 Klobuchar drops out, and Warren, Buttigieg, Bloomberg and Biden all stick around for a little while longer to see if they can take up the Never Bernie mantle, but none of them end up winning enough delegates to be competitive and one-by-one they drop out too. Sanders goes into the convention with a delegate majority and wins the nomination on the first vote. (RELATED: MSNBC Melts Down As Bernie Sanders Projected To Win Nevada Caucuses)

Bernie Wins At The Convention: Sanders wins a solid delegate lead, but cannot close the deal prior to the convention, and one of the three B’s–Buttigieg or Bloomberg or Biden–decide to stick around in hopes of beating him at the convention. Mass speculation in the press about a last-minute anti-Bernie effort on the part of establishment Democrats sets in, and Sanders supporters panic about the nomination being “stolen” from him. (RELATED: Donald Trump Congratulates Bernie Sanders On Nevada Amid Even More Caucus Woes: ‘Don’t Let Them Take It Away From You’)

Unable to win on the first ballot, Sanders goes to the second ballot, and ultimately, the pledged delegates (who are allowed to support anyone on the second ballot) and super delegates decide that the risk of alienating Sanders’ supporters to throw the nomination to one of the three B’s is too risky and would likely lead to division and overall disaster in the party. Sanders wins the nomination, but a few noisy anti-Bernie people make a stink and the party comes out of the convention looking weak and divided.

A United Anti-Bernie Ticket Tries To Stop Him And Fails: Sanders decisively loses South Carolina, but comes out of Super Tuesday with an impressive delegate tally, leading Democrats to come together and embrace a unity ticket against him, which the also-rans drop out and endorse. It could be Warren-Klobuchar, Biden-Warren, Buttigieg-Warren, or any number of combinations.

Bloomberg’s role in this scenario is a wild card. Maybe he’d drop out, or maybe he’d be a part of the anti-Bernie “unity ticket.” Or maybe he would refuse to drop out and sap energy away from the anti-Bernie ticket. 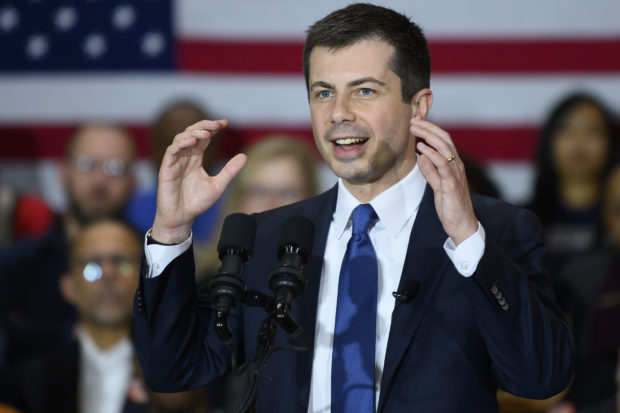 The ticket might make it to the convention, but like the failed Cruz-Fiorina ticket to stop Trump in 2016, it’s seen as too little, too late, and is the subject of vicious attacks and mockery from Sanders supporters. It eventually flames out either shortly before or during the convention. (RELATED: Buttigieg Attacks Sanders For His ‘Inflexible, Ideological Revolution’ After Nevada Caucuses)

An Anti-Bernie Ticket Stops Him, Democrats Splinter: In a disaster scenario for Sanders and perhaps the entire party, it is possible that one of the three B’s–Bloomberg seems like the most likely–sticks around until the convention, picking up delegates here and there across the country. Bloomberg wouldn’t be very close to Sanders in the delegate count, but he could pull together enough to look competitive.

Sanders loses the first ballot, and with plenty of wheeling and dealing, Bloomberg convinces second-round (or third or fourth) delegates and super delegates to make him the nominee. (RELATED: Bernie Sanders Loses It When Bloomberg Calls Him The ‘Best Known Socialist’ Who ‘Happens To Be A Millionaire With Three Houses’) 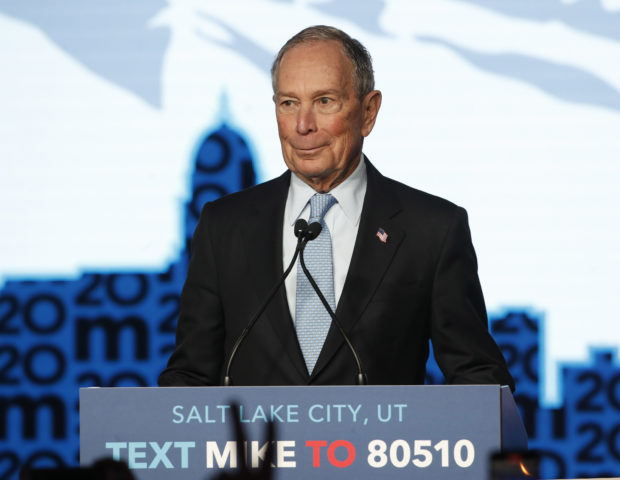 What happens next is anybody’s guess–but it’s a good prediction that Sanders supporters will be enraged, indignant and looking for revenge. Many will presumably stay home in November, and the endless cries of a “stolen nomination” will tear the Democratic Party in two.

Though this scenario is not probable, it is possible. The anti-Bernie Democrats could simply argue that a majority of Democrats did not vote for Sanders, so he has no mandate or entitlement to the nomination. But whether this strategy would actually help the Democrats win back the White House is unclear. (RELATED: Poll: Two-Thirds Of Americans Expect Trump To Be Re-Elected)

Hillary Comes Back: Nobody goes into the convention with a clear majority. The party elites huddle and decide it’s time to bring back an old favorite. The DNC, desperate to stop Bernie, changes the rules at the last minute, giving super delegates the final say, and they decide to bring in his Bernie’s foil, Hillary Rodham Clinton. The American people remember how much they love her and she beats Trump in a 1984-style landslide, becoming the 46th President of the United States. (RELATED: ‘Obviously I Can Beat Him Again’: Hillary Clinton Says She Could Win In 2020)

All jokes aside, the future of the Democratic Party is very, very uncertain at this point.

1
Bernie Sanders Drops Out Of Democratic Presidential Race
Politics
2
Bernie Sanders: Trump Isn’t To Blame For Coronavirus
Politics
3
Here's How This Pro-Beijing Outlet Made It Into The White House Coronavirus Press Briefing
US
4
'That Is A Lie!' Joe Scarborough Goes On Screaming Rant At Networks – Including His Own – For Not Fact-Checking Trump During Live Press Briefings
Media
5
WATCH: ABC’s Jon Karl Salutes Fauci — Fauci Fires Back With Finger Guns
Politics