Local authorities called for a 24-hour strike Wednesday to oppose the construction of migrant camps on the Greek islands of Lesbos and Chios amid violent demonstrations.

Tear gas, flash grenades, stones and fire bombs have been exchanged between police and protestors over the last two days as Greek protestors attempt to halt the construction of new migrant camps on the country’s islands, according to Agence France-Presse (AFP). Now, local authorities have called on their citizens to strike, incapacitating services that could be used to carry out the national government’s construction plans, reports the New York Times.

VIDEO: ???????? Protesters throw stones at riot police near the town of Mantamados on the Greek island of #Lesbos as they protest against the construction of a new migrant camp nearby pic.twitter.com/InUjsjmkHK

Greece is the main entry point for asylum seekers fleeing war, violence and unrest in the Middle East and North Africa. The country has received over 1.1 million refugees since 2015, according to the UN Human Rights Agency. The areas specifically affected by the recent protests host more than 38,000 migrants in camps, over 6 times the camps’ official capacity.

The protestors believe that migrant camps on their islands have become overcrowded and asylum seekers should be moved to the mainland, according to the Guardian.

The protestors themselves say they are not against taking in legitimate refugees, but fear the entry of criminals and further overcrowding of the current camps. 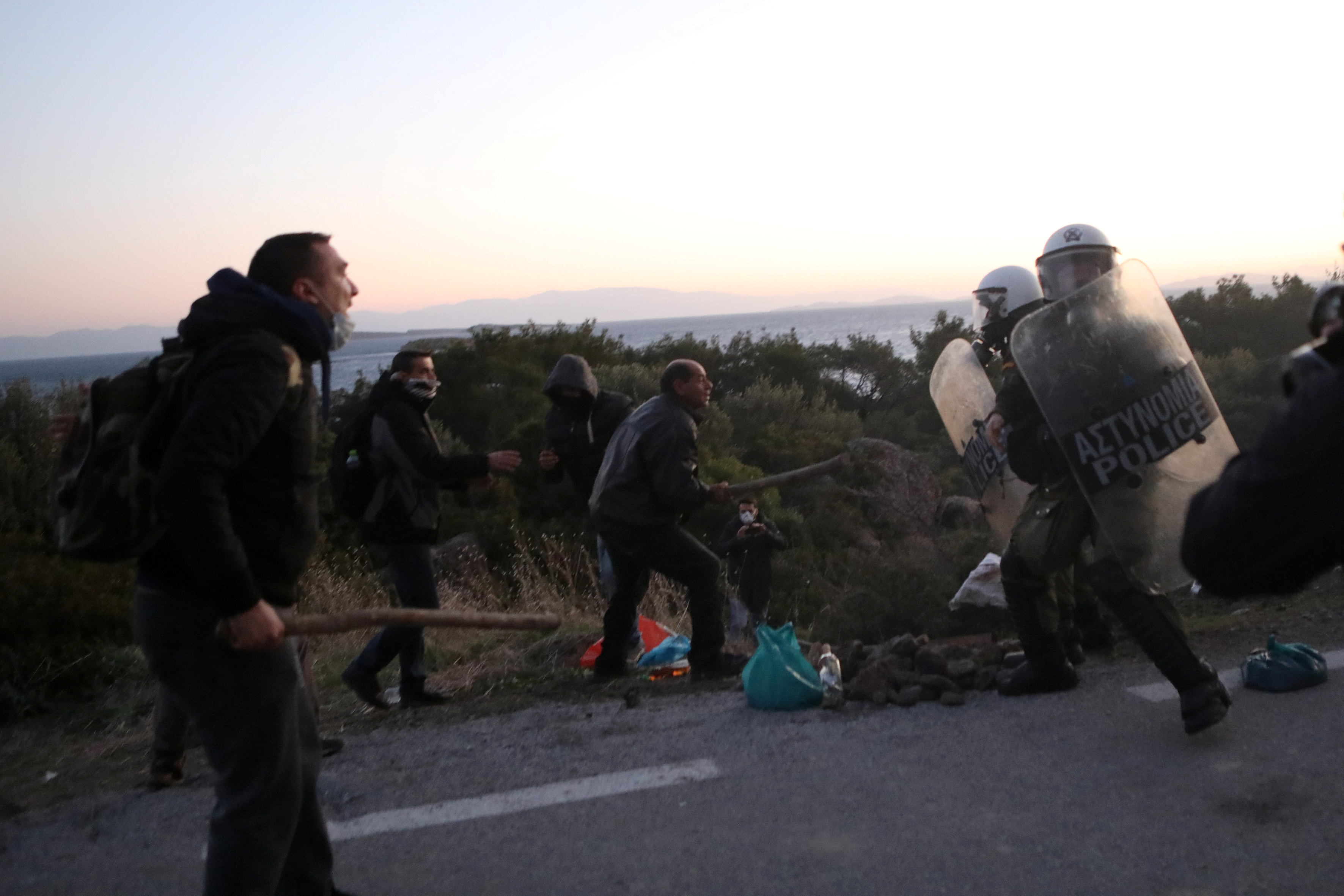 Protestors clash with police in an area where the Greek government plans to build new refugee centers. (Reuters/Elias Marcou)

“We will embrace war refugees, but the criminals should go back,” protestor Father Stratis, a local priest, told AFP.

“We are also fighting for those who want to go to a better place. We want them to leave,” he added. (RELATED: How Demographic Trends Will Affect The 2020 Election)

He also described the last two days of violence as a “wartime situation.”

“[The police] have the weapons, we have our heart and soul,” the priest reportedly said.

“I would be irresponsible if I allowed the islands to remain undefended in the face of migration flows,” he said, according to AFP.

The conservative government which came into power in July says that overcrowded camps in Lesbos, Chios and Samos will be shut down this year, to be replaced with better facilities that feature tighter controls and better conditions in mid-2020, reports AFP.