Haley spoke Wednesday at the Hudson Institute think tank in Washington, D.C., where she emphasized the benefits of capitalism and warned against the dangers of socialism.

“Socialism has failed everywhere it’s ever been tried,” Haley said. “Instead of prosperity, it leads to poverty.”

“Instead of opportunity, it creates dependency. Instead of liberty, it means oppression at home and often means aggression abroad instead of hope for a better tomorrow,” she said.

She pointed out that though countries around the world suffer from socialism, “socialism has become trendy in parts of America these days,” drawing on Democratic New York Rep. Alexandria Ocasio-Cortez’s and Vermont Sen. Bernie Sanders’s affinity for socialism.

“It’s in Congress, where an up and coming congresswoman says, ‘Capitalism is irredeemable,'” Haley said, referring to a comment made by Ocasio-Cortez. “It’s at the highest levels of society and politics right now.”

“The Democratic presidential front-runner is an avowed socialist named Bernie Sanders,” Haley continued. “Only in a prosperous country like America can people be so flippant about capitalism and so naive about socialism.” (RELATED: Sanders: ‘Being Pro-Choice Is An Essential Part’ Of Being A Democrat)

Haley drew on her own experiences as the former ambassador to the United Nations. 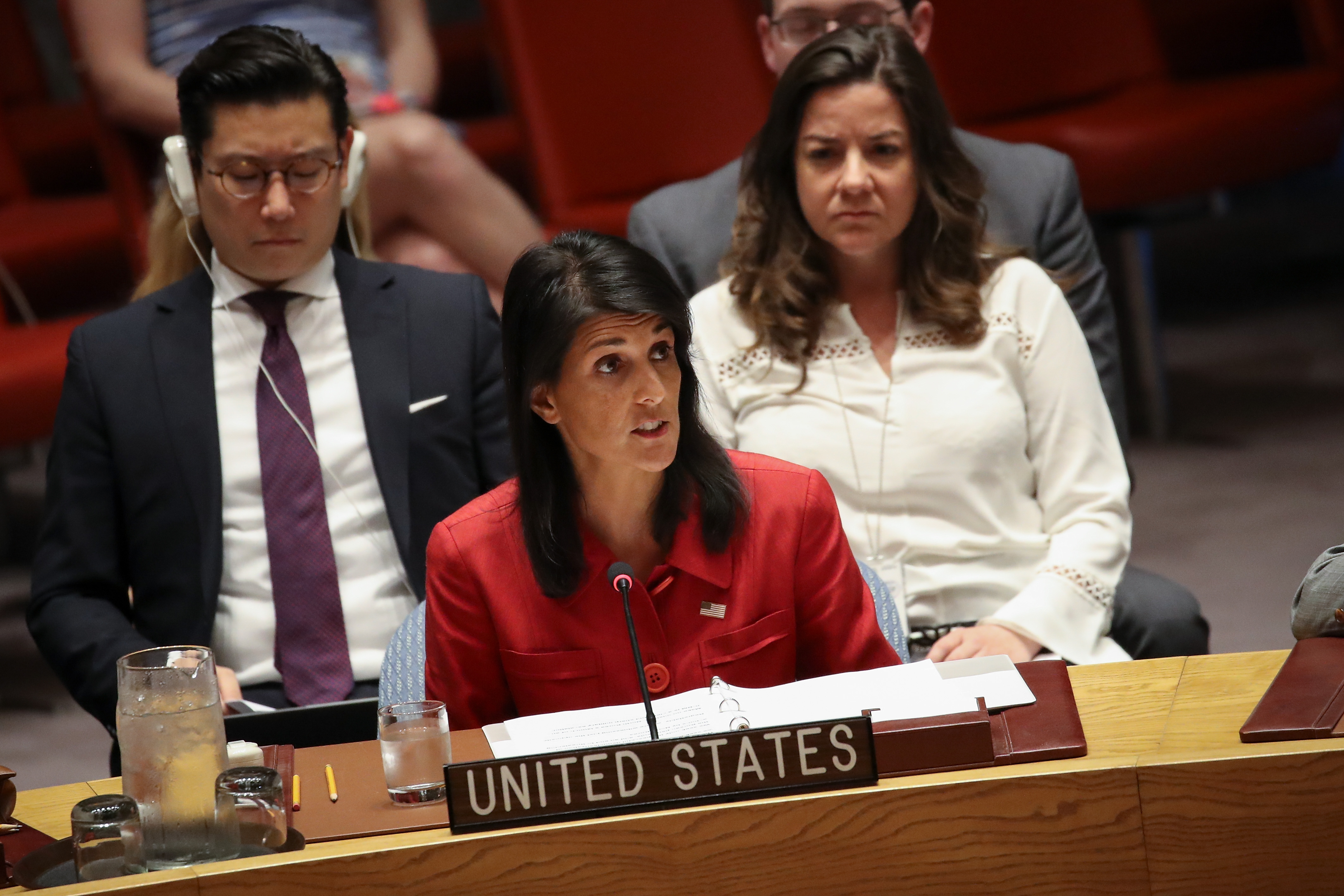 “While I was ambassador at the U.N., they released a report documenting that countries played about 70% of North Koreans require food aid,” she explained. “More than one out of five young and middle-aged women are malnourished.”

“Nearly 30% of children are physically deformed from hunger,” she said.

Haley emphasized that nothing has demonstrated the horrors of socialism more than the desperate plight of the citizens of Venezuela.

“In 2018 I stood on the Simon Boulevard bridge, which crosses from Venezuela into Colombia,” she said. “I watched thousands of Venezuelans go by, entire families walking in the blazing heat for hours to get to Columbia where they would have the only meal they would eat that day.”

“The average Venezuelan lost 24 pounds in 2017 alone. Four million had fled their homeland,” she said.

“They are literally fleeing socialism,” she explained, adding that socialist dictator Nicolas Maduro has “run Venezuela into the ground,” propped up by “Cuban socialist allies.”

“It was the richest country in Latin America when it was capitalist,” Haley noted. “It also had free and fair elections.”

“Now, Venezuelans are digging in trash cans and killing zoo animals for food. Millions are sick, starving, and denied the most basic political freedoms,” she added.

Haley also stressed that those who reject socialism “have the facts on our side.”

“We’ve seen the faces of socialism’s victims,” she said. “Their stories deserve to be heard — stories of bread lines that stretch around streets, stories of empty grocery stores and hospitals without medicine, stories not just of poverty, but of oppression, torture and murder.”

“Just ask any of our fellow American citizens who fled socialism, they knew the truth, and we need to tell it,” she added. “This is a fight we must wage and win.”