House Minority Whip Steve Scalise has donated millions of dollars to the National Republican Congressional Committee (NRCC) and plans on doubling his commitment in an effort to win back the House of Representatives, the Daily Caller has learned.

Scalise has given $6 million to the NRCC this cycle and told the Daily Caller that he will be doubling his commitment to $12 million. He’ll start by giving another $2 million this week. Scalise has raised over $13 million online alone in small-dollar donations so far this cycle, and $7.8 million alone during impeachment; this is an unprecedented number and the highest amount raised by any GOP member.

The Louisiana Republican told the Daily Caller that he is “fully committed to winning the house back,” saying he has been “working very aggressively over the last year to travel around the country, to raise money through my leadership fund but also for my colleagues and we’ve already raised more than $4 and a half million dollars that’s been given directly to colleagues for their efforts to win their seats back but then directly.” 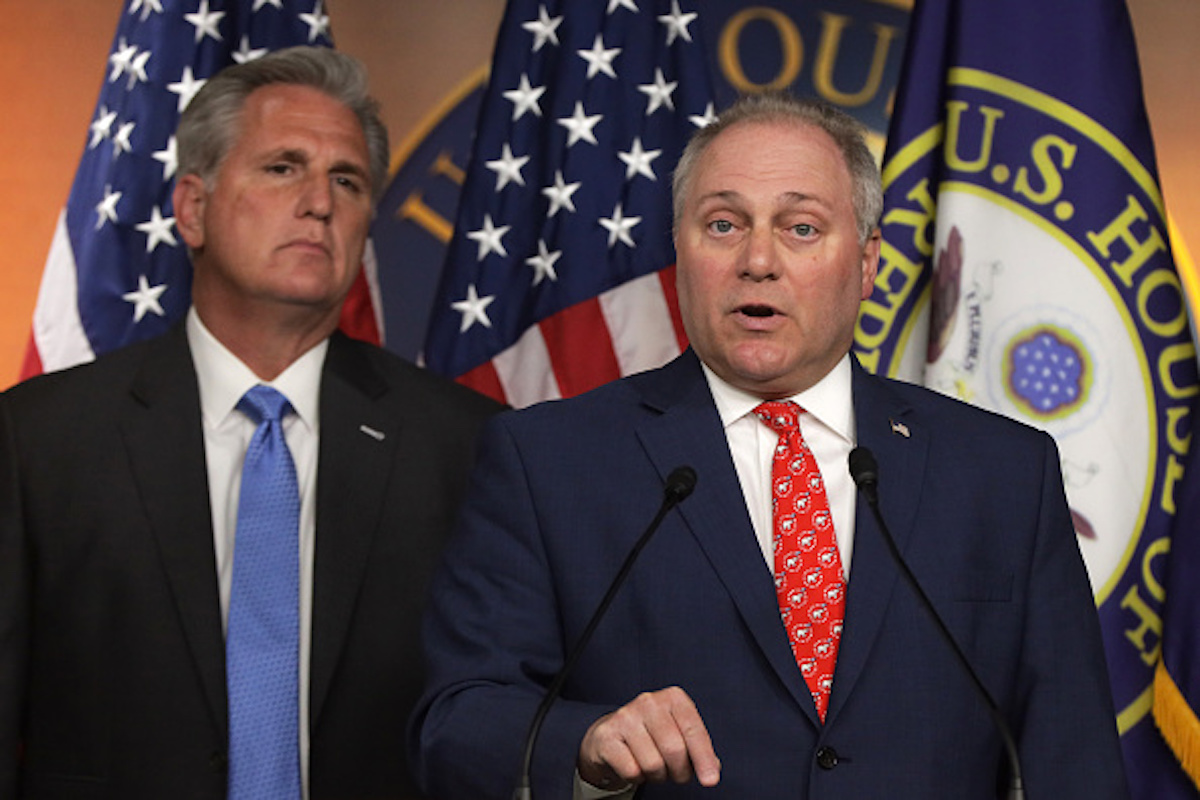 NRCC Chairman Tom Emmer, of Minnesota, told the Daily Caller “I think he’s been building this over a number of years. But the other thing is that Steve Scalise is a patriot, he’s a hero to a lot of people. I mean this is a guy who had the unfortunate experience of being shot for goodness sakes, and probably shouldn’t be with us today but for some amazing doctors and what a lot of people would call a miracle.”

Scalise, who was shot by a reported Bernie Sanders supporter during a congressional baseball practice in 2017, denounced any violence due to political beliefs, saying Democrats need to take a stronger stance on the issue. (RELATED: EXCLUSIVE: RNC Raised A Historic Amount Of Money In February)

Both Scalise and Emmer said they also see momentum picking up in their party due to the rise of 2020 presidential candidate Bernie Sanders. (RELATED: GOP Raises Approximately $1 Million On First Day Of ‘Impeachment’)

“The move by the democrats to the socialist left has definitely energized our republican base and our donors. They know what’s at stake, that it’s no longer a fight between moderates and liberals on the democratic side its a fight between socialists and the socialists have beaten the liberals now and they’re trying to change our country dramatically and frankly, the rest of the country is not there,” Scalise told the Daily Caller.

Emmer said “when you see the socialist that they’re about to nominate on the other side. We’ve been talking about this since last year and we got laughed at by a lot of people but here we are, that choice freedom versus socialism and with a messenger like Steve Scalise, it sells.”