The official complaint filed by the campaign states that the Times was “well aware” it published false information about collusion between the Russian government and Trump’s 2016 campaign. 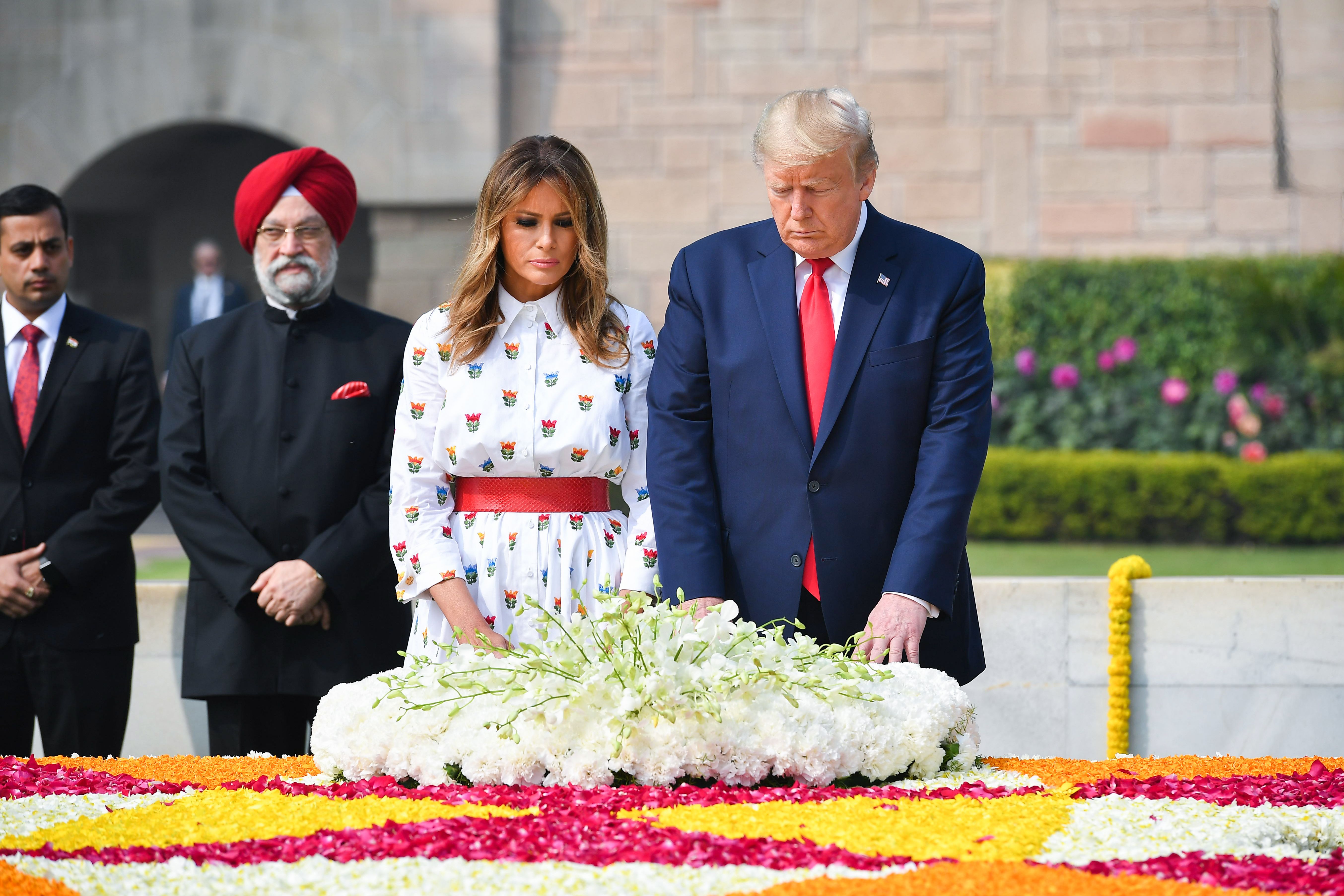 US President Donald Trump and First Lady Melania Trump lay a wreath to pay their tribute at Raj Ghat, the memorial for Indian independence icon Mahatma Gandhi, in New Delhi on February 25, 2020. (Photo by MANDEL NGAN/AFP via Getty Images)

“The Times’ own previous reporting had confirmed the falsity of these statements,” the complaint reads. “But the Times published these statements anyway, knowing them to be false, and knowing it would misinform and mislead its own readers, because of The Times’ extreme bias against and animosity toward the Campaign, and the Times’ exuberance to improperly influence the presidential election in November 2020.” (RELATED: Trump Criticizes Dems’ Coronavirus Debate Answers During Return Flight From India)

The campaign’s senior legal adviser Jenna Ellis added in a statement that the Times’ reporting was “100 percent false and defamatory.”

The piece in question, titled “The Real Trump-Russia Quid Pro Quo,” was published in late March, 2019. The statute of limitations in New York for libel cases is one year.

The statute of limitations for libel in New York is one year from the act, which means the campaign was running out of time to file suit. https://t.co/7iUcToeqOD

The Trump campaign did not immediately respond to Daily Caller’s requests for clarification on the issue.

This is a developing story. More information will be added as it comes available.