Many Democrats distanced themselves from their party’s more radical elements before winning congressional seats in 2018, but some of those same lawmakers refused to respond when the Daily Caller News Foundation asked them about Sen. Bernie Sanders’ anti-fracking policies.

Neither Texas Rep. Henry Cuellar, nor his colleagues Matt Cartwright and Conor Lamb of Pennsylvania responded to questions about whether they support the self-avowed socialist. They also declined to discuss Rep. Alexandria Ocasio-Cortez’s ill-fated Green New Deal with the DCNF.

In fact, only Rep. Kendra Horn of Oklahoma responded.

“I do not support the proposed ban on fracking or the Green New Deal,” Horn told the DCNF. “The oil and gas industry has fueled economic development and new opportunities in Oklahoma since statehood.” She refused to further discuss a possible Sanders nomination.

The Texas Democratic Party told the DCNF that they do “not comment on specific candidates right before a primary that we are administering,” and the Pennsylvania Democratic Party did not respond to questions. Both states’ economies are heavily dependent on the fossil fuel industry.

Democratic Rep. Max Rose of New York has come out in recent months against the GND, telling USA Today in April 2019 that Ocasio-Cortez’s solution to climate change is a “massive socialist economic policy platform. Just not needed.” He went on to say that “urgent and bold action” is needed.

Despite his past criticisms, Rose was unwilling to respond to the DCNF’s repeated requests for comment on Sanders’s policies, which many Democrats are calling socialistic. Former New York City Mayor Michael Bloomberg even called the senator a communist at the Feb. 18 Nevada debate. 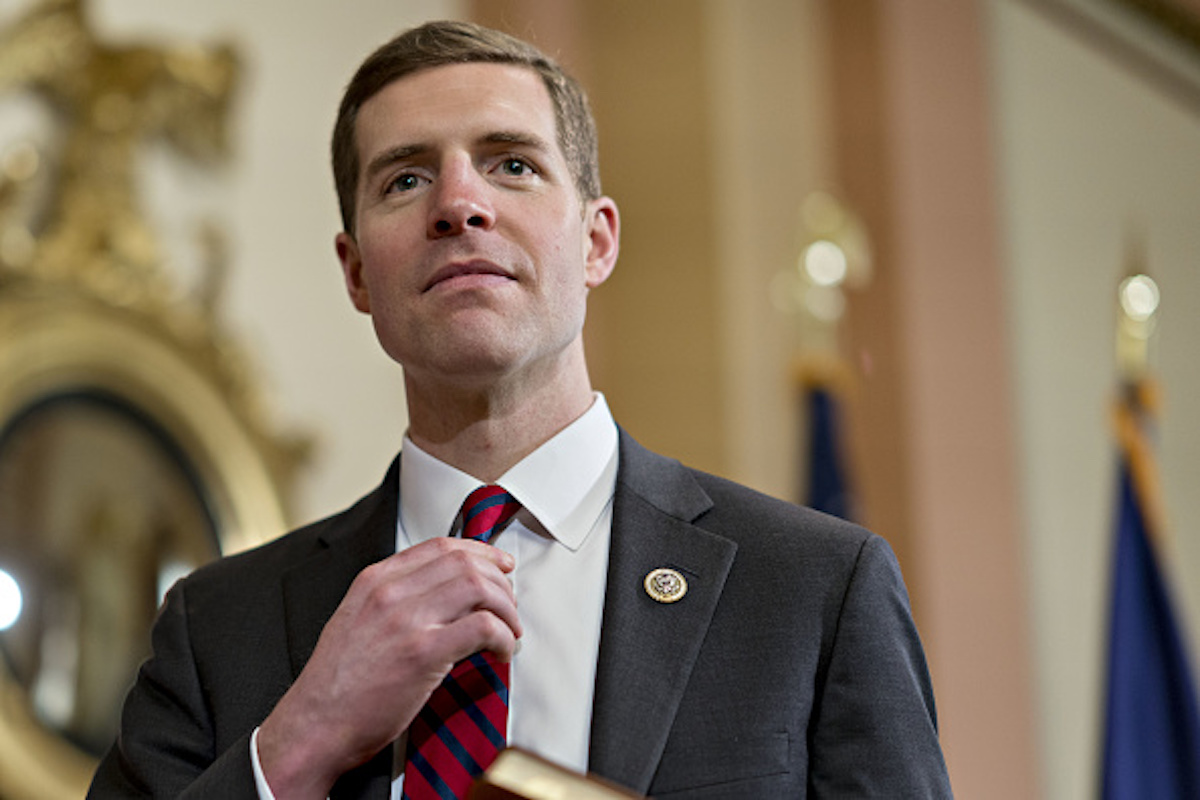 Lamb, who won a tight race in 2018 against former Rep. Rick Saccone, has also demonstrated a willingness to criticize his own caucus. He wrote a letter to House Speaker Nancy Pelosi on Feb. 15 rejecting a piece of legislation imposing a nationwide ban on fracking within the next five years.

Sanders, for his part, revealed his own GND in August 2019, promising everything from “virtually free” electricity and a “hunger-free” transition to green energy from fossil fuels. The democratic socialist’s nearly 14,000-page memo also lays out how he will deal with a variety of social justice issues.

Republicans in the Senate torpedoed Ocasio-Cortez’s legislation in March 2019 as Democrats called the vote a dog-and-pony show. The GOP defeated the proposal 57-0; Senate Majority Leader Mitch McConnell called the bill a socialistic ploy designed to kill the economy. None of the Democratic senators supported the bill.

Ocasio-Cortez’s GND sought to phase out fossil fuel usage within 12 years, which would have cost tens of trillions of dollars, some reports show. Americans could be forced to pay up to $93 trillion to implement the proposal over a decade, the conservative-leaning American Action Forum (AAF) noted in a study in February 2019.

Other reports suggest the proposal, if it had become law, would have taken a sledgehammer to American households in swing states. Households would have ponied up between $74,287 and $76,683 in Colorado, Michigan and Pennsylvania, among others, a report Wednesday from the Competitive Enterprise Institute noted.

Meanwhile, the U.S. also became the world’s largest producer of fracked natural gas in 2012, surpassing Russia despite former President Barack Obama’s decision in 2015 to place a moratorium on such production on public lands. It also passed coal as the country’s leading source of electricity in July 2017.

Fracking technology helps energy producers extract natural gas out of places like the Permian Basin in Texas and the Marcellus Shale in Pennsylvania. (RELATED: Flashback: Bernie Sanders Says His Green New Deal Can Make Electricity ‘Virtually Free’ By 2035 — But There’s A Catch)

Lamb, Cartwright, Cuellar, Rose and Horn are running for re-election. They are running as the sand shifts underneath the Democratic Party’s proverbial feet, with Democrats worried that a potential Sanders win could mean disaster for a party that won control over the House less than two years ago.

More than 90 superdelegates told The New York Times in a report Thursday that say they are willing to sacrifice party cohesion to prevent a Sanders nomination ahead of the Democratic National Convention in July.

Nearly 84 of those the NYT interviewed said that the progressive senator does not deserve to become the party’s nominee because he has not yet secured a majority of the delegates.