Democratic presidential candidate Joe Biden told supporters Thursday in South Carolina that it is time to “change the culture” on sexual harassment and misconduct against women.

“No man has the right to lay a hand on a woman for any other reason than self-defense,” said Biden.

“If someone in this room got up, took off all of her clothing and walked out the door, nobody has a right to touch her,” Biden continued to a roar of approval from the crowd. (RELATED: Protester Screams At Joe Biden: ‘Answer For The Women And Children You’ve Groped!’)

The former vice president insisted that women must be believed when they say they have been sexually assaulted, but this is sadly not always the case.

“When they come down to report it, they still get the same questions asked,” he said. “What were you wearing? Did you have on a short skirt? What did you say?”

Biden made a similar argument in 2018 when he said that no man should touch a woman “without her consent.” But after he announced his intention to seek the Democratic presidential nomination, numerous women came forward to say that Biden had touched them without their consent. (RELATED: Washington Post: Joe Biden Creeping On Women Is Part Of His ‘Warm and Upbeat Persona’) 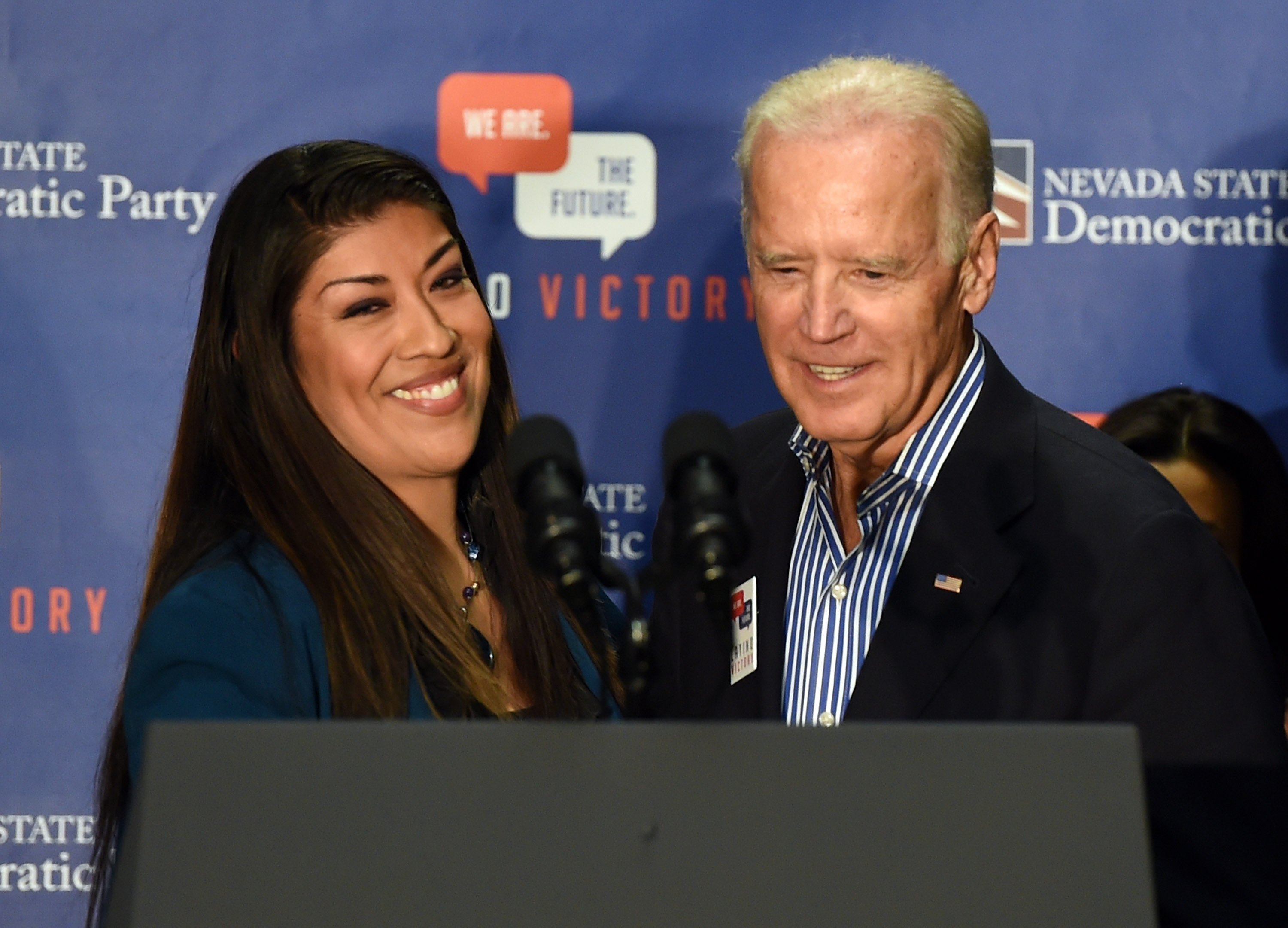 The spate of women saying Biden had touched them inappropriately began when former Nevada Assemblywoman Lucy Flores wrote the piece “An Awkward Kiss Changed How I Saw Joe Biden” in New York Magazine.

Democratic Massachusetts Sen. Elizabeth Warren, one of his opponents for the presidential nomination, once called Biden a “fake champion” of women’s rights.