Walsh, who is a nationally recognized podcast host, speaker, and writer for The Daily Wire, struck out at inaction and passivity from Christians in “Church of Cowards: A Wake-Up Call To Complacent Christians.”

He explained to the Daily Caller News Foundation that he wrote the book in order to address issues that trouble every Christian he meets.

“We all see that the faith is in dire straights,” he said. “This is my attempt to diagnose the problem and offer a way forward.” (RELATED: Here’s Why Authors, Theologians Think Pope Francis Cooperates With The Chinese Government Despite Persecution Of Christians)

Walsh argues in “Church of Cowards” that the fundamental problem facing Christians today is the “collapse of faith in the west” – a collapse of faith driven by ” complacency among the faithful and the cowardice of church leaders,” he said.

He offers the image of “heathens” arriving in the shores of the United States, prepared to martyr Christians. These heathens become confused at the lack of Christianity they find.

“If this is Christianity, it’s far too weak, self-centered, and effeminate to make killing its adherents worth it,” he writes.

“They unsheathed their swords only to discover that what they came to kill was already dead,” he writes of the anecdotal heathens. “They had traveled all that way to persecute a corpse.” 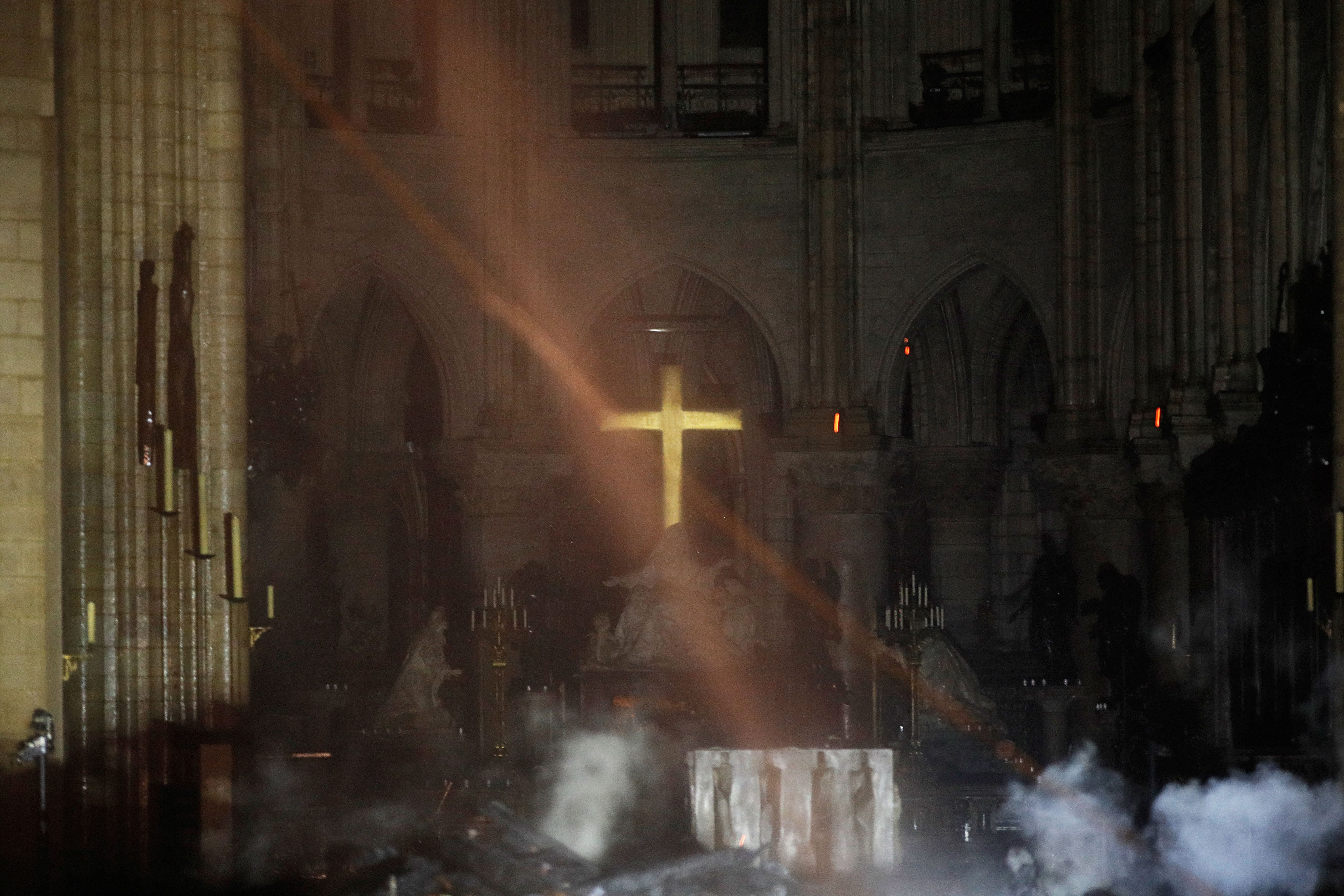 Smoke rises around the alter in front of the cross inside the Notre-Dame Cathedral as the fire continues to burn on April 16, 2019 in the French capital Paris. (PHILIPPE WOJAZER/AFP via Getty Images)

The writer warns that the nuclear family is in disarray in the United States, citing the rise of pornography, the lack of stable family units, the celebration of divorce, the explicit sex education, and the enthusiasm of abortion providers.

Walsh believes the family plays a vital role in evangelization, but he warns that families must first equip their children to be “Warriors for Christ” before they send them out into the world.

“I think there’s a balance to be found between withdrawing from the world and being over exposed to it,” he explained. “When it comes to our kids, our job is to prepare them, equip them, to be Warriors for Christ. During that time of preparation, while they’re still young, it would be difficult to shelter them too much.”

“They need shelter and protection as they are formed in the faith,” he added. “But then when they are ready, that is when they can go into the world and be a light in the darkness.”

One solution to Christian cowardice is for churches to “call their flocks to deeper and more authentic faith,” Walsh told the DCNF.

“The message needs to be sent that faith is something that we live, something we do, not just a passive feeling,” he explained.

Catholic theologians have pointed out to the DCNF that some prominent Christian and Catholic figures, such as Jesuit priest Fr. James Martin, carefully preach messages that come very close to contradicting the church teaching.

Walsh warns that these figures do “tremendous” harm through the confusion they cause. (RELATED: Jesuit Priest’s Comment On Homosexuality Unveils The ‘Most Insidious Problems Facing All Christians Today,’ Theologian Says)

“The harm they do is tremendous, especially when you consider how confused many Christians already are in regards to basic Christian doctrine,” he said.

“What we need from Christian leaders is clarity most of all. We need them to help point the way to good doctrine and true faith. Instead we have men like James Martin exploiting the confusion for his own ideological ends.”