An illegal alien arrested for allegedly sexually abusing a toddler would have been in federal custody had the Chicago Police Department in 2019 honored an immigration detainer on him and not release him back into the community.

Immigration and Customs Enforcement (ICE) lodged an immigration detainer for Christopher Puente, 34-year-old Mexican national living in the U.S. illegally, with the Chicago Police Department in June 2019 upon his arrest for theft. However, that detainer request was ignored, and Puente has since been charged with sexually abusing a child, according to a press release by the agency.

An ICE spokesperson ripped Chicago leaders, noting that their lack of cooperation could have prevented Puente’s alleged crime.

“How many more victims must there be before lawmakers realize that sanctuary policies do not protect the innocent?” Robert Guadian, field office director of Chicago Enforcement and Removal Operations (ERO), asked in a statement. “Puente should have been in ICE custody last year and removed to his home country. Instead, irresponsible lawmaking allowed him to walk free and prey on our most vulnerable.” 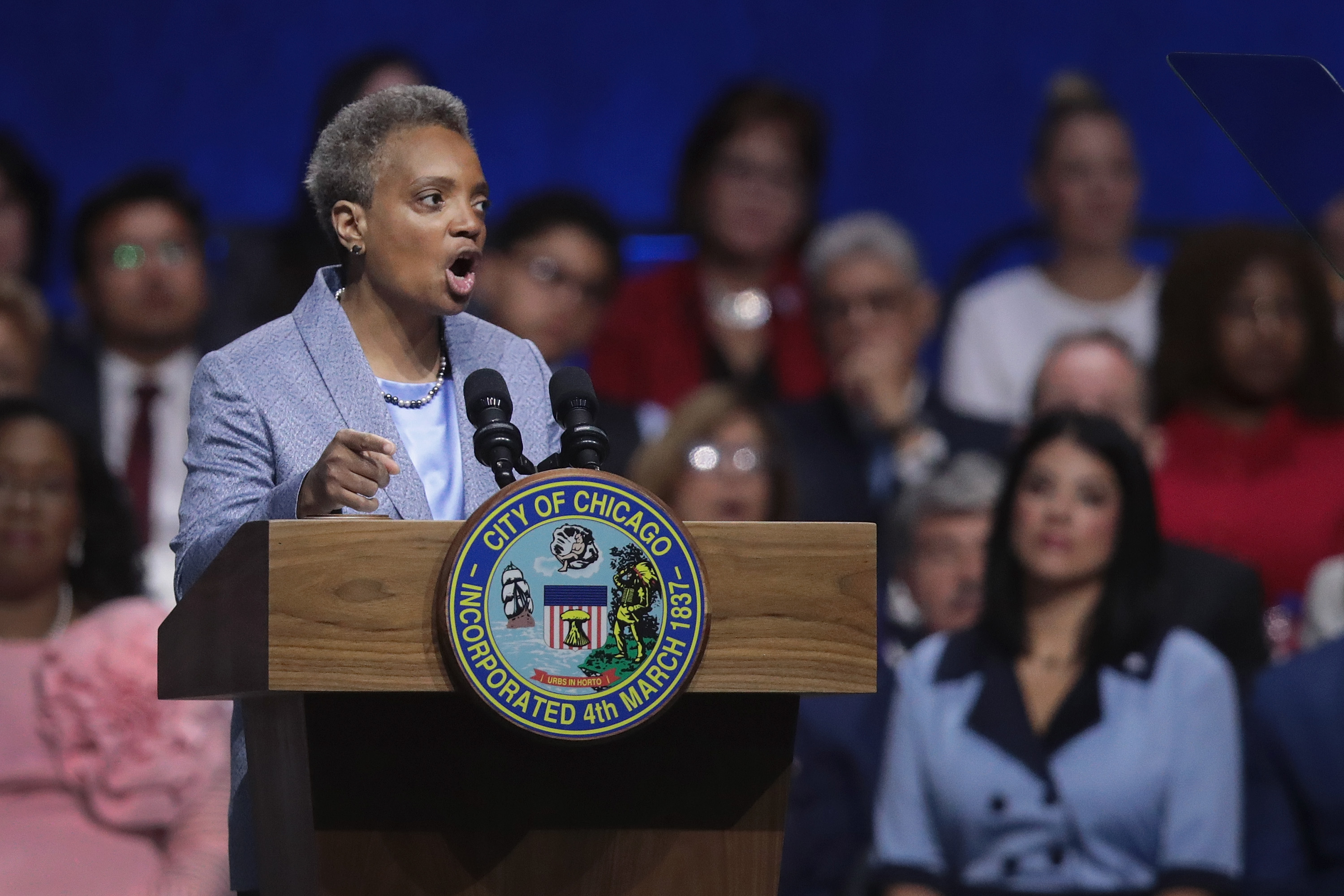 Lori Lightfoot addresses guests after being sworn in as Mayor of Chicago during a ceremony at the Wintrust Arena on May 20, 2019 in Chicago, Illinois. Lightfoot become the first black female and openly gay Mayor in the city’s history. (Photo by Scott Olson/Getty Images)

Puente touts a lengthy criminal rap sheet, dating back years before his 2019 arrest in Chicago.

Federal immigration authorities deported Puente back to Mexico on Dec. 5, 2014, but just five days later, he was apprehended by border agents at Brownsville, Texas. He said he was American and provided a birth certificate, but was subsequently charged with falsely claiming to be U.S. citizen.

Puente was served a notice to appear before an immigration judge, but apparently disappeared into the interior of the country. He never appeared for his immigration hearing, and a judge March 30, 2017, ordered him to be removed from the U.S. in absentia.

Despite this lengthy criminal record, the Chicago Police Department chose not to honor the ICE detainer placed on Puente after he landed in their custody in June 2019 on theft charges. He was ultimately released back into the community, and on Feb. 19 he was arrested for allegedly sexually assaulting a 3-year-old child at a fast food restaurant. (RELATED: Chicago Mayor ‘Will Not Cooperate’ With ICE To Deport Illegal Immigrants)

ICE lodged an immigration detainer with the Cook County Jail on Feb. 20 following Puente’s sexual assault arrest, but it’s not clear if local authorities will honor the request.

Chicago — a liberal bastion that has become increasingly hostile toward federal immigration authorities — has formal policies in place that forbid local law enforcement from cooperating with ICE. In fiscal year 2019, for example, Cook County ignored more than 1,000 ICE detainers.