Two Democratic officials familiar with O’Rourke’s plans told The New York Times that the former presidential candidate and former Texas representative will endorse Biden and appear with him Monday night at a Biden campaign event in Dallas. O’Rourke dropped out of the presidential race in November. 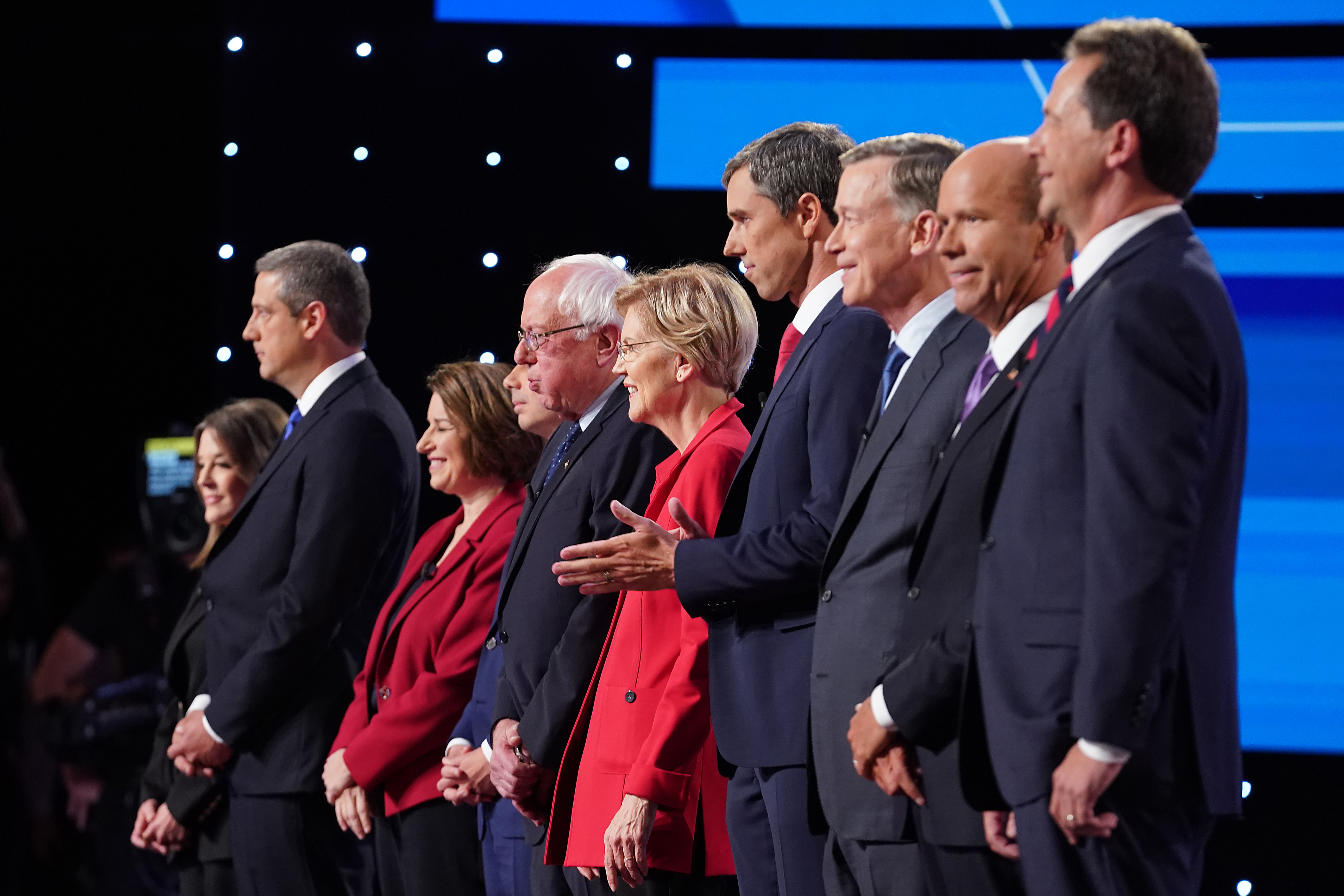 Democratic presidential candidates take the stage at the beginning of the Democratic Presidential Debate at the Fox Theatre July 30, 2019 in Detroit, Michigan. (Scott Olson/Getty Images)

Buttigieg’s endorsement came after Monday morning reports that the former South Bend, Indiana, mayor was mulling over supporting the former vice president. His endorsement also follows news that Democratic Minnesota Sen. Amy Klobuchar dropped out of the presidential race and is endorsing Biden as well.

Buttigieg spoke with both Biden and former President Barack Obama Sunday night to discuss what his next step would be, the Times reported. The former vice president asked Buttigieg for his endorsement, but Buttigieg reportedly told Biden that he needed time to think about his options.

Obama, who has not endorsed Biden and has shied away from doing so on multiple occasions, was reportedly noncommittal toward Buttigieg’s endorsement for Biden.